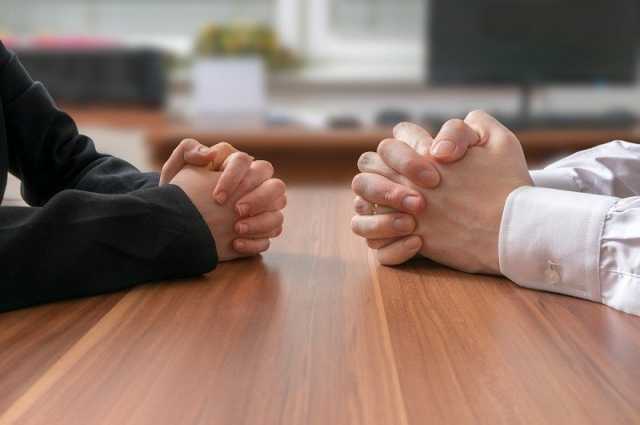 A house goes on the market and everyone is on his best behavior, putting his shiniest foot forward. The seller cordially opens up the home to potential buyers who are generally respectful and wanting to make a good impression, and everyone is smiling. But after the sale, that relationship between buyer and seller sometimes takes a radical shift.

Terry says you have to look at both sides.  From the buyer’s point of view, after the inspection process has taken place, they’re eager to make plans, maybe come back in and measure windows or flooring. The sellers, however, want to lock the door and get back to their lives. It could be risky and even jeopardize the sale if the buyer does come back in and realize from perhaps their contractor that what they had imagined isn’t possible to accomplish.

Nevertheless, Terry advises her clients to go through the inspection process with a contractor and wait until the walkthrough before going back in. It’s a good idea to have your realtor or contractor at the walkthrough as well, especially if the house has been vacant and vulnerable to vandalism.

Now with the beginning of the school year, Terry notes a bit of a lull in real estate activity here in the South Florida area. Most home seekers have made their new home decisions, but in this business, Terry says, there’s always another  peak season just around the corner.

Steve Pomeranz: It’s time for Real Estate Roundup.  This is the time every single week we get together with noted real estate agent Terry Story.  Terry is a 27-year veteran with Coldwell Banker located in Boca Raton, Florida.  Welcome back to the show, Terry.

Steve Pomeranz: Let me ask you this question.  Can and should buyers be entitled to come visit the house that they’re bidding on after the inspection period and before their walkthrough?  Because that contains all kinds of problems.

Terry Story: It does, Steve, and it depends on how you’re looking at it.  Take the view of the buyer and you can take the view of the seller.  The buyers like to go back to the house multiple times.  After they’ve done their inspection, they like to place furniture, take new measurements.  From a seller’s perspective, they’ve sold their home, they’d like to go on with their life.  They don’t want to have to necessarily keep showing it, keeping it clean and tidy.  There’s risk involved when you do this, Steve.  The more, especially if the buyer is planning on renovations, and what we find is the buyer would like to come back and bring this contractor, then that contractor.  This can become a problem and a deal killer, actually.  A buyer may find out, “Oh, I can’t really do what I thought I could do by taking down this wall,” or what have you.

Steve Pomeranz: It’s risk to the seller because the buyer may be changing their mind or something?

Steve Pomeranz: For whatever reason.

Terry Story: That’s correct.  Now you have some circumstances, lately, in this type of market that we’re in, you’ll have people buying homes that are from out of state.  They’re familiar with the neighborhood.  They visited the neighborhood.  They know what the homes are like, yet they left without being able to buy a home because there is nothing available that they liked when they were in town.  What we find, Steve, is people will go online, look at houses in that particular neighborhood.  They find one that they like.  They’ll send their agent over there to preview the home for them, and then they’re making offers on the house.  I’ve had this happen multiple times this year.  Then what happens is the buyer will fly back into town to do their inspections.  We’ve negotiated a deal, yet this is like the first and only time that they’re actually seeing the house.

Terry Story: Which is very scary.  I’ve had a situation just recently where the seller just flat out refused to allow the buyer back into the house after they had done their inspection.

Steve Pomeranz: Yeah, so that creates a little bad blood plus a little paranoia on the buyer’s part, that why won’t they …

Terry Story: Exactly.  Why won’t they let me see it?  Because before I had gone to contract, I may have gone to see it 2 or 3 times.  You got to look at both sides.

Terry Story: The solution is, buyers, be courteous to the sellers.  Realize that they don’t want you in and out.  Do what you can in advance.  You have that inspection period for a reason.  Get your contractors to go with you during those times.  Get it all out in the open and really don’t expect to be able to be allowed back in the house until closing.

Steve Pomeranz: Yeah, and if you consider that the seller is being gracious because they really don’t have to do that.

Steve Pomeranz: Okay.  Here’s another question that is very similar to this and it brings it up in my mind is, is it important to do that final walkthrough?  The house has been inspected.  You’ve gone through all your dotting of your Is and crossing your Ts and everything.  Maybe you can skip that walkthrough.  Is that a good idea?

Terry Story: Absolutely not.  It’s imperative that the buyer goes through.  If the buyer’s not available because they’re out of state, send a relative.  Send someone on your behalf.  It won’t necessarily be a realtor because it creates an issue for the realtor’s liability if they’re doing it on your behalf.

Terry Story: I’ll tell you what can happen, Steve, and I’ve had this happen before.  Especially personal property like light fixtures, paddle fans.  They were all included in the contract and you go to do your walkthrough and sure enough, they’re missing.  Worse yet, and I’ve had this happen, it’s important to walk around the property when the house is empty.  Would be thieves came out and stole the air conditioning system.  It’s worth a lot of money, sitting on the outside of the house.

Steve Pomeranz: Is that actually something you’ve seen, you’ve experienced?

Terry Story: I’ve actually seen that and I’ve actually seen that happen.  I even have a worse story for you, Steve.  I had a buyer not do a walkthrough.  The property was vacant.  He had been there several times before and felt it wasn’t necessary.  Well, wouldn’t you know the air conditioning upstairs decided to leak, ran down the walls.  After closing he goes to the house and there’s a complete flood downstairs.  Had he done the walkthrough, A, the seller would’ve been responsible for that repair because the seller is liable to maintain the property from the time in which it was inspected.  For example, if the air conditioner was working during the inspection, it better be working at the time of the walkthrough.  It’s really important when you’re doing a walkthrough, there’s certain things you should look for, Steve.  Check out all the appliances.  Look underneath the sinks.  Walk around the property.  Make sure nothing’s been stolen.  Just check out everything.

Steve Pomeranz: Flush the toilet.  What about flushing the …

Steve Pomeranz: Yeah, so that makes common sense.  Don’t assume that because you’ve had all these inspections and maybe you’ve done a walkthrough, not an official walkthrough, but you’ve looked through the house a few times.  Before you close, get that walkthrough so you can notate any items that are outstanding that haven’t been put in the contract and don’t meet the terms of the contract, like something’s not working, or someone has stolen your air conditioner.

Steve Pomeranz: Wow.  What neighborhood do you operate in here?  Tell me what’s going on with business in your area these days.  Are sellers coming out of the woodwork at all?  Is the market getting more evenly spread out between buyers and sellers?

Terry Story: Overall, what we’re seeing a little bit of an increase in inventory, we’re in that lull.  Kids have gone back to school in our area, so we’re in that transitional period of time from summer to winter, or actually fall.

Steve Pomeranz: Well, a lot of the buyers who are going to buy, who have children and want to get them set for school, they’re already in.

Terry Story: They’ve already made those purchasing decisions, so we go through a little bit of a lull and then it picks up again.  Inventory in other places or nationally, they’re just 4%, 6% below the peak of 2006, though what I’m seeing is a lot of sellers are a little aggressive in what they think their houses are worth and the buyers are just sitting on the fence saying, “Bring it down to reality and we’ll jump on it.” The buyers are out there, they’re definitely out there.

Steve Pomeranz: It brings a lesson to the table, and this is to do with any investments that one would make, whether it’s a home or it’s an investment in stocks or bonds or whatever.  Once the markets go down and you see that the stock market went down, over a period of time, and in this case, you said since 2006, 10 years it took, now you’re saying that prices are back within about 4% of their 2006 peak.  The key is don’t panic, necessarily.  Remember that these things are cyclical and anytime you hear somebody talk about the end of the world or things are different this time, it ain’t true.  This has been going on, really, in the United States since the beginning of the Republic.  Remember that markets are transitory, markets are cyclical, and here’s the proof.  We’re within 4% of the 2006 high.  Terry, you and I have been doing this a long time and we’ve talked through these cycles as we live them.

Terry Story: Yeah, exactly.  The thing that’s different about this time, Steve, the interest rates are so incredibly low.

Steve Pomeranz: Yeah.  Well, there’s a lot different now.  My guest, as always, is Terry Story.  Terry is a 27-year veteran with Coldwell Banker located in sunny Boca Raton, Florida.  She can be found at terrystory.com.  Thanks, Terry.