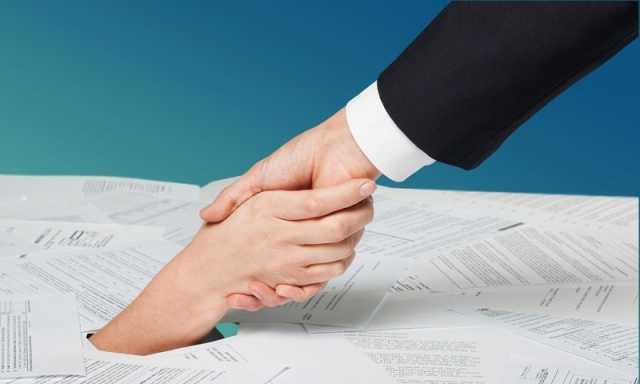 In this week’s conversation with real estate agent Terry Story, Steve reaches into a grab bag of real estate related questions sent by concerned citizens to local newspapers and pulls out a couple for Terry to answer.

The first one is from a homebuyer who wonders why a title company would insist on funds for down payment and closing costs being wired, as opposed to being paid by certified check.  The answer, Terry says, is because certified checks can be counterfeited.  Wiring funds is far more secure and has become the standard throughout the industry.  Case closed?  Not quite.  Terry goes on to explain how there have been many incidents of hackers breaking into title companies’ computers and sending fake instructions to buyers which trick them into unwittingly wiring funds to the hackers instead.  While title companies are informing their buyers about wiring funds and using encryption to add security to the process, it’s not foolproof enough to rely on email alone.  A better solution, Terry believes, is for the buyer to call the title company using a phone number from the phonebook or their website, instead of by email to confirm instructions.  For that matter, instructions can be faxed and, presumably, handled in person.

The next question concerns a landlord’s responsibility for taking care of an ex-tenant’s property after they have left. If they aren’t taking your calls, can you just throw the stuff away?  The somewhat surprising answer Terry gives is that “no, you can’t simply take their abandoned junk to the dump,” at least not in Florida. Most leases stipulate that there are rules that have to be followed in this case.  Terry advises landlords to photograph the property left behind and then send a letter to the former occupant describing the items left behind and stating where the items can be picked up.  You have to allow 15 days for the ex-tenant to claim them.  After that, if the property is worth less than $500, you can trash it.  All things considered, it’s not a terrible burden on the landlord, and their responsibility is quite limited.

HOA Foreclosure And How To Avoid It

Steve’s final topic is how to avoid legal hassles related to property you own.  Terry explains that all the salient info is in the “governing documents” of the home/condo owners’ association you belong to.  She recommends reading these and then getting involved with your association.  One of the most consequential reasons why this is a good idea is that your association can foreclose on your house if you are in arrears with them, even for a small amount of money.  A small dispute over fees, unaddressed, can have dire results.

She also advises people to document everything.  If it turns out that you were on the right side of the dispute, you’ll get your money back.  Terry also mentions that service animals are a common source of discord between homeowners and their associations, but argues that the law is very clear that service animals should always be allowed.  Finally, Terry makes a plea for property owners to write down the content of verbal agreements they have with non-tenant guests or family members renting your home.  Without written documentation, it’s possible that you may find your home occupied by squatters, and that’s a hot mess you want to avoid at all costs.

Steve Pomeranz: I love to go through these questions that people ask when they get themselves in kind of a pickle, and they don’t really understand what’s happening.  Here’s one.  This is from Vince: “I’m buying a new home and the closing company told me that I could not use a certified check for the money I am paying at closing.  It wants me to wire it and confirm the wiring instructions before I send the money.  I don’t see why I need to jump through these hoops.  What’s going on?”

Terry Story: Welcome to 2017.  Steve, the problem is it’s called fraud.  The cashier’s checks can be counterfeited; so, basically, what’s happened is the title companies are insisting on wiring.  It’s a safer form of transmitting funds from one place to another.  But, now, since that’s been going on, the fraudsters have discovered ways to intercept these wires.

What’s happened…these are real stories that we’re seeing all across the country, and we’ve had to implement protections against it.  What happens is you’re a title company, you send wiring instructions to the customer to wire the funds, but a hacker hacks into the real estate agent’s computers and sees that they’ve got these transactions that are happening and they know when the closing dates are going to take place.

A few days prior to the scheduled closing date, they send an email that looks like the official email from that title company that’s being used, and they send them wiring instructions so that the money is now diverted to another place.  This is real and it’s happened in many cases.

How do you prevent that?  That’s why, in this case, and in all cases now, we have to wire the funds.  The first thing you need to do is confirm that those are the wiring instructions.  Pick up the phone, and don’t call the phone number that’s on that email that you just received.  Make sure you know the phone number of the title company or attorney that you’re using.

Number two, the title companies now are sending the wiring instructions encrypted.  I know they’re a hassle to open, but it’s all for your safety and protection.  As realtors, we are not allowed to forward wiring instructions to our customers anymore.  It has to come directly from the title company, so it’s important that you verify because you’re sending $100,000, $200,000, whatever large amount of money.  You don’t want it intercepted.  Hello,  it’s gone.

Steve Pomeranz: I think the title companies should send the wiring instructions via Pony Express.

Terry Story: If it’s convenient, believe it or not, fax machine.

Steve Pomeranz: A fax machine?  Yeah.  What is that?

Terry Story: Yeah.  Exactly.  By fax or the old-fashion call them up and write it down.  It’s not that hard.

Steve Pomeranz: All right, here’s another question.  This was a question for Gary Singer, the Sun Sentinel correspondent.  It says, “I have been renting a room in my house to someone for the last two years.  Recently we had a disagreement and he moved out.  However, he left furniture and other things behind.  I’ve left messages, but he won’t return my calls or come get his stuff.  Can I just throw it away?”

Terry Story: No, you can’t.  In your leases—and I think this is in a lot of leases—there is a place that you can discuss what happens because, not only do people abandon it but what if somebody passes away?  These are real scenarios.  I’ve seen it first-hand where the tenants don’t pay the rent; they’ve got a bunch of really junk that they leave behind, but it’s not for us to judge that this big pile of clothing is junk.  I’ve seen people’s wedding gowns, photo albums, and it’s really, really sad.  They just walk away from this stuff, so it becomes a burden for the landlord as to what to do with it.

There are some rules that they have to follow, and they have to take things into account.  The first thing you should do is take photographs of the photos before you throw anything away.  Second, it’s important that you send out a letter describing the items that are left behind, stating where they can claim those items, and give them at least 15 days to retrieve them.  If the property is worth less than $500, then it can be destroyed or kept by the landlord.

Steve Pomeranz: Okay, but the landlord only has to keep them for 15 days?

Terry Story: This is probably state by state.  I’m only reporting what the Florida statutes claim.

Steve Pomeranz: My point is…forget the 15 days so much, but it’s not like you have to hold onto them for years, put them in a storage unit or something like that?

Steve Pomeranz: That does make some sense.  All right, let’s move on here.  There’s an article about wanting to avoid legal hassles: Top Lessons for 2016.  This is pretty important, so I know you have a lot of experience at this, being a realtor and so on. What are some of the big legal hassles these days?

Terry Story: The top ones are to read the governing documents in the property that you bought, be it a condo or a homeowners association.  Most of your answers are going to be found right there.  Don’t just jump to conclusions.  Read the governing documents and then get involved with your association so you know what’s going on.  Some of the other big issues that come up over and over again is, can the association foreclose on you if you owe a little bit of money?  Here you are, you’re having a spat with your homeowner’s association over a couple of dollars that you owe them.  Guess what?  They can foreclose on you, so pay that debt, work it out, and keep records of everything, and if you’re in the right you’ll get reimbursed.

Steve Pomeranz: I mean the last thing you want to do is have your house foreclosed upon because you didn’t spend $375 for your HOA.

Terry Story: Exactly.  Another big issue with these associations is that people have to learn to accept that residents are entitled to service animals under the law.  You hear this—we’ve talked about it several times throughout the year.  Service animals, they are permitted by law, just accept it.

Steve Pomeranz: What about my gerbil?

Terry Story: Your gerbil?  If it’s not a pet …I don’t know about the pot pig, but a gerbil, sure.  Then, finally, one of the bigger items is, if you can say it, you can put it in writing.  What are we saying about this?  You make an agreement with the family members that they can rent your house and you let them stay there, you have nothing in writing, and then they become squatters.  If you can say it, put it in writing.

Steve Pomeranz: Okay.  Good advice from Terry Story.  Terry is a regular guest on our show for our Real Estate Roundup.  Terry is a 28-year veteran with Coldwell Banker located in sunny Boca Raton, Florida.  She can be found at terrystory.com.  Thanks, Terry.