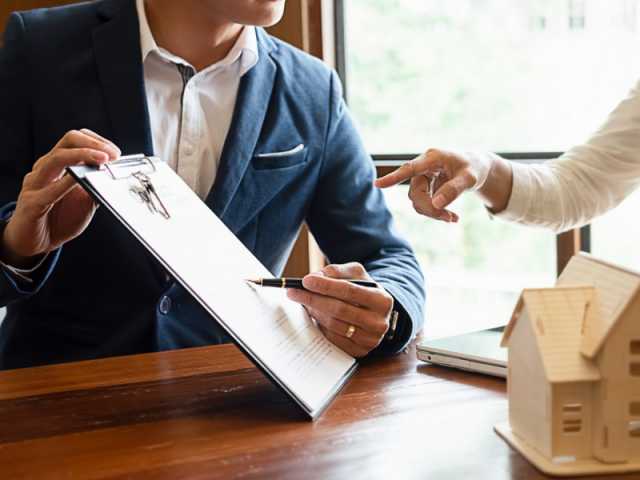 Terry Story, a 30-year Keller Williams vet in Boca Raton, stopped by to offer her thoughts and insights on the state of the real estate market.

Referencing past conversations on rising home prices pushing potential homebuyers out of the market, Steve and Terry discussed President Trump’s ongoing criticism of the Federal Reserve raising interest rates, the Fed’s intention to observe the market before hiking interest rates any further in 2019, and the inability for interest rates to remain low forever. Terry pointed out that incomes had to rise in response to those rate hikes.

After pointing out that taxes tend to be higher on middle-income individuals, Steve mentioned a quote from Janet Yellen on the idea that economic expansions died from certain sectors being overleveraged and everyone from investors to the government ignoring the warning signs. This scenario makes forecasting the end of an expansion difficult.

The Price Is… Right?

Terry then considered the fine art of ideally pricing a home. Since 60 percent of homes sell for less than the asking price, Terry argued that the right listing can lead to interested buyers paying above that asking price. The trick rests with finding that right amount; ask too much and people will wonder why a house has been on the market for so long; ask too little and you get lots of offers which doesn’t help the seller. Terry added most overpricing dilemmas come from a combination of envy (the neighbor’s house sold for more, so why shouldn’t mine?) and emotional attachment to their own property (mine is better, so why aren’t the offers rolling in?).

Finally, Terry advised that now is the ideal time to be buying or selling property. Rising inventories and stable interest rates will set the stage for a healthy market in 2019, but retracting prices is better news for buyers than for the sellers.

Steve Pomeranz: It’s time for Real Estate Round-up. This is the time every single week we get together with noted real estate agent Terry Story. Terry’s the 30-year veteran with Keller Williams located in Boca Raton, Florida. Welcome back to the show, Terry.

Steve Pomeranz: You know, we were recently talking about what happens if home prices rise by $1,000.

Steve Pomeranz: The Fed reported a few weeks ago—and I guess it’s hard to say whether they felt they were under a little bit of pressure because the president was using his bully pulpit to say how unhappy he was the Fed is raising interest rates. The Fed’s got its own agenda trying to get back to what they consider normal. But be that as it may, the Fed has risen [LAUGH] has raised.

Steve Pomeranz: [LAUGH] All right, interest rates five times and they were poised to do more this year, this upcoming year, 2019. However, they did say and, I quote, they will be patient hiking interest rates, and that was very good news, so that’s kind of good news for you.

Terry Story: It is actually, and Steve, how long have we been talking about this?

Terry Story: Now granted, the rates have gone up since we hit the bottom. What was the bottom a little bit below 3%? And so we’re what, around mid-fours?

Terry Story: And how many years?

Steve Pomeranz: I know. Well, it’s funny because as an investment person, everybody always expected rates to continue to start rising again.

Steve Pomeranz: So, clients would come in to me and say, okay, well, so we don’t buy anything long-term because rates are going to rise and the answer is that they never did. And, as a matter of fact, even last year when the economy seemed like it was really picking up steam and there was a lot of worries about it, the rate on the 10-year and the 30-year bond did rise pretty significantly. I think it got up to about 3.5% percent and then mortgage rates went up to five and a quarter. But now they’re back in the 2.90s, 2.80s, and nobody can predict that stuff.

Terry Story: No, no. You can’t. You really can’t. But know that the interest rates, in general, cannot stay this low. I mean, forever.

Steve Pomeranz: Exactly. Well, if you have a healthy economy, I think they’re going to normalize.

Steve Pomeranz: So, being that as it may, this idea that a quarter of a percent rise knocks out a million people, I mean, what it says to me is that most people either are buying too much house or kind of the median house is just above the necessary income.

Terry Story: That’s right, so in order to combat that, the incomes have to rise.

Steve Pomeranz: Incomes have to rise. We saw wages rise 3.2% this last reading, which was pretty good. We had a strong increase in jobs, 312,000 jobs created. So that’s pretty good news, but 3.2% with inflation at 2.1. It’s not really helping all that much.

Steve Pomeranz: Plus, I think taxes are higher, for the median, for the middle-income person.

Steve Pomeranz: Yeah, lower for the rich person and higher [LAUGH] for the median, I don’t think that was the intention, or maybe it was. Okay, so one other very interesting quote from Janet Yellen, they all got together. All these Fed guys got together, and gals, got together and they talked. And they, basically, Janet Yellen said that she doesn’t think that expansions, meaning economic expansions, which we’ve been in for seven years now, die of old age.

Steve Pomeranz: They can continue on. What they die from is from certain sectors getting overleveraged, people starting to do stupid things. Okay, which happens.

Steve Pomeranz: Which happens. [LAUGH] Then the markets point a blind eye towards that, they ignore it.

Steve Pomeranz: And the government ignores it, and everybody is ignoring it because we’re going to get into hypnosis, and then bad things happen. We’re not really seeing that.

Terry Story: They drink the Kool-Aid.

Steve Pomeranz: Yeah, it’s easy to drink. So I think what she is basically saying is, don’t be so sure that when you hear these forecasts that we’ve had a record expansion—which by the way has been ten years. 1991 to 2001 was the longest expansion. Eventually it’s going to end, but seven years doesn’t mean that’s going to be the end.

Steve Pomeranz: Alright so, material that you’ve provided for me shows—and I think this is really fascinating—that more homes are selling for less than the asking price. So I mean, I would kind of think that’s particular because you always list higher, isn’t that the game?

Terry Story: I thought just the title was interesting. Yes, we do sell houses at asking price and above asking price. But to start off the article with more homes sell less than asking price.

Terry Story: Yeah, most of them do. [LAUGH]

Steve Pomeranz: So but there’s some statistics here, about 2 out of 3.

Steve Pomeranz: Over 60% sell less, which means there’s 40% or so that are selling at or higher.

Terry Story: Right, that’s a good way of looking at it.

Terry Story: Yes, I actually like that better. The positive side.

Terry Story: And this is a constant conversation that I have with sellers, when sellers say, well, we have to have room to negotiate. And I’ll argue with them, if it is priced right, right on the money. People will pay full price and above asking. I just sold one the other day. They were concerned. I dropped the price, and we sold it for the price that we were asking because the buyer came in and said, I’m afraid to lose it. I want this house. What will it take?

Steve Pomeranz: We have discussed that if you price too high, and the home doesn’t sell then it kind of gets a mark against it.

Terry Story: It gets a mark.

Steve Pomeranz: People wonder what’s wrong with this house that’s been on the market so long.

Terry Story: And you end up actually selling it for less than had it priced properly in the first place.

Steve Pomeranz: There is also a tendency to overprice, it says in this article.

Terry Story: Correct. And the overpricing is caused simply by the seller looking at their neighbor’s house and saying why?

Terry Story: I have prettier paint than they do. You know-

Steve Pomeranz: Nicer than the one that got sold.

Steve Pomeranz: I’ve heard that a million times and it is true.

Steve Pomeranz: Yeah, I mean, my house is better.

Terry Story: Right, it’s personal, it’s your house, you picked that one. So of course, it’s worth more.

Steve Pomeranz: So we only have a minute left. What are you seeing for 2019?

Terry Story: It’s going to be a great year.

Steve Pomeranz: Why do you say that?

Terry Story: It’s going to be a great year for someone. What we see is this, inventory rising, great news for buyers, we need more inventor. We pray to the inventory Gods as realtors and we’re getting it.

Steve Pomeranz: They come down a little bit.

Terry Story: They’re coming down a little bit, so I’ve got two answered prayers. So it’s going to be a healthy market in 2019. On the downside of things, prices are starting to retract. Appreciate is deaccelerating.

Terry Story: Good news for the buyers. Not such good news for a seller. If you’re a seller, when’s a good time to sell?

Terry Story: Today, right now. I know you wanted to ask me that question.

Steve Pomeranz: I wanted to ask the question, Terry. When is the best time to sell your home?

Steve Pomeranz: Okay, and the best time to buy?

Steve Pomeranz: Absolutely that. My guest, as always, is Terry Story, a 30-year veteran with Keller Williams, located in Boca Raton, and she can be found at terrystory.com. Thanks, Terry.