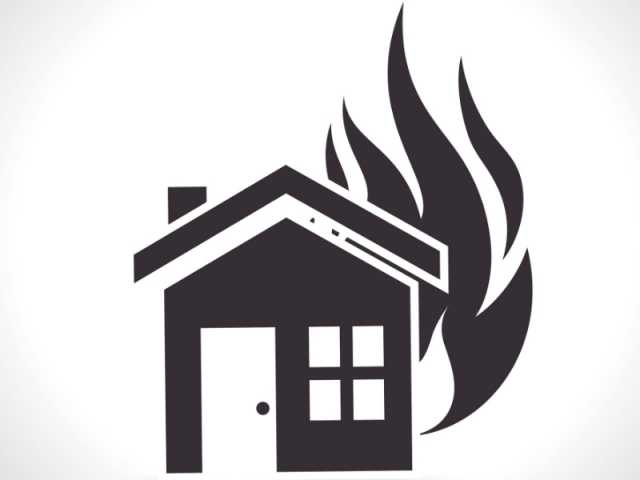 Terry Story, a 30-year veteran with Keller Williams in Boca Raton, stopped by to answer some questions about buying a home.

Terry considered some of the ongoing partial government shutdown’s effects on real estate, noting that while flood insurance presented no concern, loans with the Federal Housing Administration (FHA) would be affected due to employee furloughs at the Department of Housing and Urban Development (HUD). HUD contingency plans would allow for the endorsement of new FHA loans, but slowdowns should be expected so extensions may be needed.

At the same time, the shutdown would delay the approval of large company mergers, such as the planned CVS-Aetna merger, and other FHA programs like reverse mortgages and multifamily programs would also be negatively affected by the shutdown.

Closer to home, Terry shared that many real estate closings were not completed by the December 31, 2019, homestead deadline, necessitating the cost of prepaid interest. If a closing didn’t occur until January 6, 2019, for example, Terry indicated the buyer would be responsible for any prepaid interest from January 6 until the end of the month.

Loan? Talk To Those Guys

Speaking of loans, Terry observed the shutdown would impact the ability for anyone to acquire loan transcripts from the IRS, making it harder for lenders to verify a buyer’s tax returns and causing problems with the final transaction. On a more positive note, Terry added that while the Social Security Administration was also mostly closed due to the shutdown, Social Security checks would still be processed and distributed.

Deep In The Heart Of Price Outs

Finally, after discussing the statistic that each $1,000 price increase on a home removes 127,000 home sales, the federal government’s intention to potentially forgo interest rate hikes if the economy starts to soften, and the current inflation rate of 2.1 percent, Terry announced Texas would see the greatest number of potential home buyer price outs if the price did increase by $1,000.

Steve Pomeranz: It’s time for Real Estate Round-Up. This is the time every single week we get together with noted real estate agent, Terry Story. Terry is a 30-year veteran with Keller Williams located in Boca Raton, Florida. Welcome back to the show, Terry.

Steve Pomeranz: So by the time this airs—we record the previous week —the government shutdown may be over. Even though I did read recently that the longest government shutdown on record is been 34 days, so we’re not quite there, we’re 20-plus as we speak today.

Steve Pomeranz: By next week, we shall see. But anyway, what kind of effect is the government shutdown, if any, having on real estate?

Terry Story: Yeah, there is an effect on real estate. Let’s start off with some facts and non-facts. The flood insurance renewal, guess what? No effect. Congress did pass a bill extending the national flood insurance program, so there was concern that that was an issue, it is no longer. It was extended to May of 2019, end of May. The Federal Housing Administration, FHA loans fall under the Department of Housing and Urban Development and are up to like 95% of hard employees have been furloughed.

Steve Pomeranz: Okay, so there’s nobody there doing the administrative role.

Terry Story: Right. However, FHA lending should not completely, stop because the HUD contingency plan calls for the FHA to continue endorsing new loans.

Steve Pomeranz: I would think things are going to slow down.

Terry Story: It’s going to slow down. Things are going to be delayed.

Terry Story: So plan on if you’re buying or you’re selling to something that is FHA that you might need an extension.

Steve Pomeranz: On a side note, there’s one very large company, actually CVS is trying to merge with Aetna.

Steve Pomeranz: And it’s been approved and so on, but they can’t get the deal done because of the government shutdown. So it’s going to be even further delayed which is causing a little bit of…

Terry Story: Yeah, and then other FHA programs that will not continue, these are like the home-equity conversion mortgage. They call them HECM programs, reverse mortgages. FHA will not be able to make these commitments-

Steve Pomeranz: Yeah, so if you were looking-

Terry Story: In the multifamily programs, so-

Steve Pomeranz: All right, so anything else? What about your particular business in life?

Terry Story: Yeah, you know what? We saw here because of the delay, a lot of closings didn’t happen by December 31st. And the importance of that, if you’re a primary homeowner and you’re trying to get closed by December 31st, you would be able to apply for your homestead. So if you rolled into January, that would mess you up. What also happens, it’ll help if you think about this part, if you close at the end of the month, you don’t have any prepaid interest. So if you went from December 31st to say January 6th, you now had to, at closing, pay from January 6th to the end of the month.

Terry Story: So if you’re tight on cash, that could be a problem. So that’s what we saw.

Steve Pomeranz: Yeah, so why did they close before the end of the year?

Steve Pomeranz: Yeah, but so now I’m thinking about taxes. So, in order to get a loan, you need a certain transcript from the IRS.

Steve Pomeranz: What’s happening with that?

Terry Story: Okay, so with that what’s happening is most lenders require it. But because you can’t get them right now from the IRS, the lender asks for those. And basically, what those are is a copy of your tax return.

Terry Story: They want to make sure that the tax return that you submitted is the same that was submitted to the IRS. I mean, can you imagine anyone would try to modify your [LAUGH] tax returns.

Steve Pomeranz: Well, this is one lesson I learned from 2008 anyway.

Terry Story: Exactly. [LAUGH] But the lender has the discretion and takes on the risk-

Terry Story: Not to get that.

Steve Pomeranz: When everything stops or slows down and the government is not that fast to begin with. [LAUGH]

Steve Pomeranz: Okay. And then one final thing, Social Security Administration basically is closed, but checks will still be processed.

Steve Pomeranz: And distributed because really don’t want a civil war on their hands.

Terry Story: Who would win this time?

Terry Story: Who would win? The North or the South.

Steve Pomeranz: I think it’s more the East or West.

Terry Story: Actually, it’d be the East or West.

Steve Pomeranz: [LAUGH] I think it’s East or West. I don’t think it’s North and South anymore. All right, moving on. Here’s an interesting statistic, for each $1,000 price increase in a home, I guess.

Terry Story: I don’t know, we have to calculate it,the it’s really low. Just dollars but that’s how much people are pushing the ratios.

Terry Story: Because if it goes by $1,000 more and you can’t afford it because your ratio goes over the limit.

Steve Pomeranz: I know. You probably shouldn’t be buying the house, if you’re squeaking by that much.

Steve Pomeranz: All right, well, the National Association of Home Builders also calls the numbers even more startling when looking at the impact of potential interest rate increases just to one-quarter point rise in the rate of a 30-year mortgage would price out around a million households. That’s a quarter of a point.

Steve Pomeranz: All right, so here’s the deal on interest rates. [LAUGH] I laugh because trying to predict interest rates is ridiculous. But interest rates, the Fed basically has said they’re going to take a wait-and-see attitude and be sensitive to the economy and not continue to raise rates necessarily as was planned if things look like they’re softening, okay.

Steve Pomeranz: That’s good news, and the market liked that and all of that.

Steve Pomeranz: However, we are seeing inflation is also very tame.

Steve Pomeranz: So there are some predictions that we should see a rise in the interest rate on the ten and the 30-year bond.

Steve Pomeranz: Back into over 3%. And in that case, I think we will see more interest rise again. But right now, I think interest rates have come down on mortgages.

Terry Story: Yes, they have.

Steve Pomeranz: Because the yield on these longer-term bonds have come down.

Terry Story: That’s right, and Steve, do you know which state has the largest number of home buyers that if the price goes up by $1,000, they would be the largest group of people priced out?

Steve Pomeranz: Is it our fair state again?

Steve Pomeranz: No, okay, all right.

Steve Pomeranz: What is it?

Terry Story: I don’t know why Texas, but Texas is one that’s going to get the most.

Steve Pomeranz: Well, you heard it first here. What can we say? My guest, as always, is Terry Story, a 30-year veteran with Keller Williams located in Boca Raton, Florida, and she can be found at TerryStory.com. Thanks, Terry.