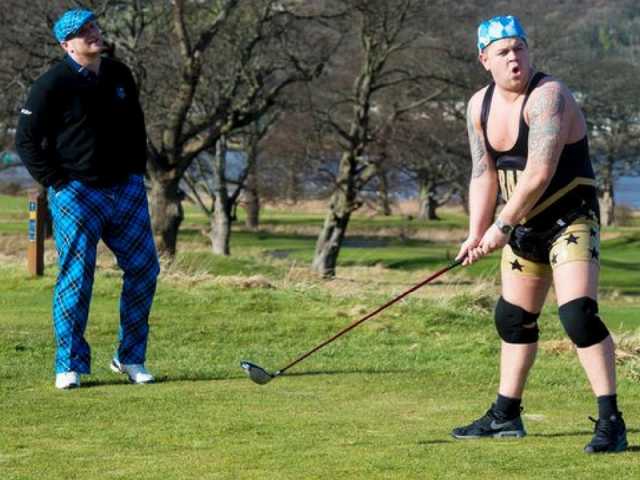 Terry gives buyers an inside look into the responsibilities of the real estate agent during a home sale.

The process begins with the seller filling out a seller’s disclosure, which provides protection for both seller and agent, in cases such as a sinkhole on the property or a roof in need of repair. Failing to disclose such information could result in legal problems for the agent down the road.

Terry further explains that these disclosures do not need to be included in an MLS. The purpose of the MLS is to attract potential buyers by offering a general overview of the property.  The broker listing the MLS can decide if they want to advertise the sinkhole or roof issue, but it’s not required.

Are You Paying Too Much For Your Home?

South Florida is expensive and becoming more so.  Terry suggests asking yourself, “Is it still worth the cost of living here or is it time to relocate?”  While South Florida has plenty of beautiful beaches and great shopping, it might be worth considering relocating if your home is becoming too costly.

Parents may find themselves with “empty nest syndrome” once the kids have all gone to college.  Maybe it’s time for a change of scenery and a lower monthly bill.  Terry has done her research, pointing out that moving laterally or downsizing in the same area probably won’t make much of a difference.  Instead, consider Northern Florida or even Tennessee for noticeably lower prices per acre.  Not only can you get more bang for your buck, think of all the beautiful landscapes to enjoy.

Who’s Responsible If Your Ball Hits A House On The Golf Course?

Steve asks Terry what he should have done when his golf ball hit the window of a home in the middle of the course.  While the window didn’t break, Steve wants to know who would have been responsible if it had?

The answer may surprise you.  The owner of the home is actually the one primarily responsible. So if you’re considering moving onto a scenic golf course, know that this comes with the territory.  While Steve would have left a note with his name and phone number had the glass been broken and the owner not been home, that’s not a guarantee for all homeowners.  So, the next time you’re teeing off, make sure you aim away from the surrounding homes.

Steve Pomeranz: It’s time for Real Estate Round-Up. This is the time every single week we get together with noted real estate agent Terry Story. She is a 29-year veteran with Keller Williams located in Boca Raton and she joins me in the studio. Hey, Terry.

Terry Story: Hey Steve. Thanks for having me.

Steve Pomeranz: You’re supposed to say that at the end. Let’s talk about the responsibilities of the broker in a transaction, looking at ethics and home defects, which all homes have them. And the MLS. How does that work and what does the agent need to do?

Terry Story: First of all, we ask the sellers to fill out a seller’s disclosure. That way, it’s a protection for them, for the agents, and it’s disclosing anything that they may have knowledge to that they need to share with a potential buyer. The theory is, if a realtor has knowledge of something—for example, we’ll use a sinkhole. If the realtor knows that there’s a sinkhole there, and the seller tries to hide the fact that there’s a sinkhole. Well, that becomes a big problem for the realtor. They must disclose it.

Terry Story: But as far as any MLS, the question is really, do you have to put that in the MLS? The answer to that is no. What’s important to understand is that there is an obligation to disclose it, but not necessarily put it in the MLS. You’re not going to say, hey, by the way, there’s a sinkhole. Now it’s up to the discretion of the broker if they want to advertise it that way, certainly they can.

Terry Story: Prices are down.

Steve Pomeranz: 80% off. Okay, so the MLS to me is kind of a listing of the basic facts. And with pictures and the like. So at the next level, if you’re interested, then you go the next step deeper, and as you get deeper, then these things get disclosed.

Steve Pomeranz: Yeah. Well, I mean the price itself may tell you something for sure.

Terry Story: It should anyway.

Steve Pomeranz: But I mean a sinkhole is really a radical example, right?

Steve Pomeranz: I mean, we’re talking about bad roofs or whatever, things not…

Terry Story: And even with that, for the most part, you can even tell if it’s priced properly-

Steve Pomeranz: Okay, you can tell.

Terry Story: Yeah, you know, it’s like why is this such a good value?

Steve Pomeranz: Okay, I want to talk about empty nesters. So there is this idea that when your kids move out, and there’s just the two of you, or there’s one of you and you’ve got this house that’s too big that you’re going to sell the house, especially today, take a nice profit.

Steve Pomeranz: And then you’re going to be able to buy something smaller and kind of pocket the difference and live-

Terry Story: Happily ever after.

Terry Story: Yes and no. It depends on where you’re moving to. So for example-

Terry Story: Okay, if you’re moving locally—and again, it really just depends on the circumstances—what you have to factor in is lifestyle. So if you have a big house and it’s a lot to maintain and you’re going to downsize and go to a condo where now you can travel and you’re footloose fancy-free. Yeah, that makes some sense if that fits your lifestyle.

Terry Story: So it’s not going to be as cheap as you might think. But it affects your lifestyle because now you want to travel. You don’t want to have to worry about the house.

Terry Story: That makes sense. It makes a lot of sense if you’re moving out of an area going to a less expensive area.

Steve Pomeranz: So like, if you lived in Florida, like we do, and you’re saying, we live in Boca Raton in the Southeast Florida area. Staying in Southeast Florida, the savings are probably not going to be that much, but if you were to move even North Florida.

Terry Story: That would be a much bigger savings.

Steve Pomeranz: Much bigger savings, so that’s the way you really can book it. Let’s say you are getting ready to retire and the equity in your home is an important part of your retirement plan.

Steve Pomeranz: To book that difference finally of all that equity that you’ve been building over the years, you now want to capitalize on it, get it invested, and then live off of it.

Steve Pomeranz: Having a lateral or even a downward move in a local market probably will not give you the juice you need.

Terry Story: It may not, and that’s when you have to really turn to your financial advisor to look at your whole picture and see if what they advise is the best thing for you.

Steve Pomeranz: We were basing a lot of this off an article that you sent to me, and I just want to mention that Cary Carbonaro is quoted. Cary is a CFP and she works for United Capital just like I do, so she is a colleague. So I just wanted to give a little shout-out.

Cary, congratulations that you got quoted in this article. So let’s move on, so this is my favorite question of the day. A couple of weeks ago, we played golf and I don’t play that often and literally, I hit a ball and it was on 100 miles an hour, and it hit a house, okay?

Steve Pomeranz: [LAUGH] Besides my embarrassment, I didn’t break a window or anything. But here is the question. Who is responsible for damage caused by golf balls?

Terry Story: Wow, loaded question. Well, first of all you really have to check with the association that you live in. I pretty much can guess that it’s not going to be the golf course. I can tell you that it’s probably not the association. So I suspect it’s all in there, that it’s all on you, Mr. Homeowner, who bought on a golf course.

Terry Story: Now there is some liability, of course, on the golfer.

Terry Story: The hacker. So the question is, did he intentionally try to hit your house and cause damage? So there’s negligence.

Terry Story: Now you got to try to, A, find the golfer.

Terry Story: And then if you can find the golfer, is he willing to fess up to it?

Steve Pomeranz: Well, I tell you, if I had broken a window, I would have left my name.

Terry Story: You would have left a note on the broken window.

Steve Pomeranz: No, I would have said something. I mean, I hit the side of the house. I don’t think it caused any damage. But here’s a statistic. In Palm Beach County alone, there are 300 golf courses, which translates to more than 500,000 [LAUGH] golf balls propelled into Florida skies. And many of which do not fly in the direction the golfer intended.

[LAUGH] I think they were thinking of me when they wrote this. So it’s not the HOA, it’s the homeowner. Hey, look, the homeowner’s got responsibility, you built a house on a golf course.

Terry Story: I mean, really, the golfer has the responsibility.
It wasn’t intentional. For you to try to go after and sue him, you would have to prove that he, I mean let’s face it, how many good golfers are out there?

Steve Pomeranz: A lot less than you think.

Terry Story: Right, right, so do the right thing if you play golf. If you break somebody’s window. You know how many broken tiles there must be on roofs? I always think about that because, gosh, I know I’ve hit quite a few roofs, and I wonder if they cracked the tiles.

Steve Pomeranz: At least you’re getting the ball up there.

Terry Story: I haven’t hit windows, but I certainly have hit roof tiles.

Steve Pomeranz: Well, again, I think that if you have a house on the golf course, you really should, kind of, turn it. So you’re not really exposing windows on that side, I mean, let’s get real. Okay, I was really waiting for weeks to ask that question of you.

Steve Pomeranz: My guest, as always, is Terry Story, a 29-year veteran with Keller Williams located in Boca Raton, and she can be found at TerryStory.com. Thanks a lot, Terry.

Terry Story: Thanks for having me Steve, and let’s go play golf.