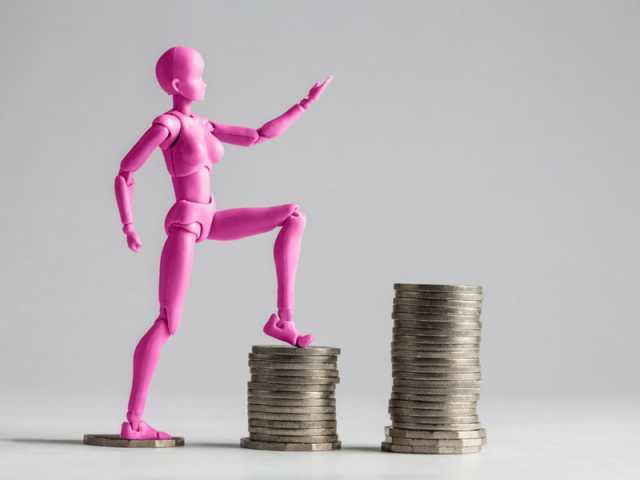 Steve picks up where he left off last week on how a seller should price a home to attract multiple bids and get more than the home was listed for.

An Overpriced Home Attracts No Buyers

To recap, a home buyer had listed his home for $1.1 million even though comparable homes in the neighborhood had recently sold for about $900,000.

According to Terry Story, buyers and their agents look at comps (comparable home sales) online. They will not come to see the home in-person if it’s significantly overpriced and doesn’t offer good value.  The first sign of this would be virtually zero-foot traffic by serious buyers within the first two weeks of listing.

Additionally, the million-dollar mark is a psychological barrier that buyers are unwilling to cross if they are looking for homes in the $900,000 range. If people do come to showings, they likely won’t make offers.  That’s the market’s way of telling you that the home is over-priced.

How To Spark a Bidding War On Your Home

Terry recommends pricing the home at slightly under comps.  This should spark heavy interest and a bidding war on your home because of the glut of buyers and the low inventory of homes for sale.

No, says Terry, because listing agreements typically do not spell out the terms and conditions, giving sellers some leeway to deny offers they don’t like.  Just to be sure, sellers looking to underprice should structure their listing agreements to make sure they can deny lower offers.

Switching topics, Steve wonders to what extent the gender pay gap reduces a woman’s ability to buy a house and whether she can take steps to still come out even in the housing market with men with higher pay.

For instance, in Seattle, men can afford 150% more house than women, and 122% more in Colorado Springs.  So women are at an inexcusable disadvantage when it comes to home purchases because financial advisors recommend spending no more than 28% of your monthly income on a mortgage.

So if women make less, they may save less for down payments, and that 28% rate would reduce the mortgage they can take on, relative to men who make more.

Fortunately, Terry believes there are 5 steps women can take to not compromise on the house they buy, even while earning less.

5 Steps For The Home You Want

Mortgage lenders look at your total debt load—the lower the debt, the better.  If your credit card debt is minimal, you qualify for a bigger loan and, potentially, have a higher credit score.  That higher credit score can lower the interest rate on your loan and help you buy a nicer home.

Steve Pomeranz: It’s time for Real Estate Roundup. This is the time every single week we get together with noted real estate agent Terry Story. Terry’s a 29-year veteran with Keller Williams located in Boca Raton, Florida. Welcome back to the show, Terry.

Steve Pomeranz: All right Terry, last week we were talking about pricing your home, and we came on a situation that we had to stop because of time, but I want to continue to explore today.

Steve Pomeranz: So you were telling us that there was a home that should have been priced around the high $800,000s. Let’s call it-

Terry Story: OK. So if you price a house at $1.1 million, and the comparables show that the house is worth $900,000, this is what’s going to happen. Virtually you’re going to get very little activity. The million-dollar mark is a huge number, so if the home’s going to sell under a million, you shouldn’t be priced over a million.

Now here’s how you know what’s going on. If you have the home on the market, it’s on the market now regardless of price for two weeks, and nobody comes to look at it, the market is speaking and is telling you you’re over-priced.

Terry Story: Well the buyers … Remember, the buyers dictate the price, and they’re online shopping. There’s thousands and thousands of websites. So if they don’t make the conversion from looking at the home online to coming out and taking a look at it, it’s not that they haven’t seen the house. They did actually see your house. They just chose not to come see it in person because they don’t see the value there.

Terry Story: So, if you price it under a million, you would absolutely pick up more activity.

Steve Pomeranz: All right. So if you don’t see anything in two weeks, it’s overpriced.

Terry Story: Or … and the other way to look at it, if you have a property and you have ten showings and no offer, that’s another indication that-

Steve Pomeranz: All right. So that’s fascinating, but remember months ago, we were talking about this concept of instead of pricing it over and then negotiating something in between, we’ll say, what the value is, you price it slightly under the market, trying to elicit a bidding war.

Terry Story: That’s right. That’s a pricing strategy, and it works quite well. You have to know the numbers. You have to know what the value is. But if you take a property, and you price it slightly under, you should have a bidding war, and the reason for that is there’s a lot of buyers out there. And buyers buy when they see good value. They do not make offers on properties that they don’t feel is of good value.

Steve Pomeranz: OK. So, I want to take it to an extreme-

Steve Pomeranz: Because I would worry about that a little bit. I like the concept very much. So you price it, people start to bid, then the animal spirits start to rise, and it’s like, “Eh, so what’s another $25,000? It’s only pennies per months.”

Terry Story: As a seller, you can say no. You’re not required to accept any offer. Now the question what you’re really asking me is … or another realtor would want to know is, “If I bring you an offer, and it’s full-price, what’s the obligation of the seller?”

Terry Story: Some people believe, and depending on your contract—and you have to read listing agreements—if it is full-price, that the agent is entitled to a commission.

Steve Pomeranz: Whether you sell it or not?

Terry Story: Whether you sell it or not. Now, the defense to all of that is there’s always terms because a lot of the listing agreements—at least the ones that I’m familiar with—don’t spell out the terms. So you could argue, “Well, yes, you gave me my price, but you didn’t close in two days.”

Steve Pomeranz: Wow. You can make … You can write it up so it won’t work.

Terry Story: So, you know, I guess the point to the whole story is if you are a seller and you’re considering doing something like this, just know what’s in the listing agreement. What are you obligating yourself to?

Terry Story: Well, the seller may have said, “No, I really wanted to close a year from now.”

Terry Story: No, really I want to close one day after.

Steve Pomeranz: Whatever you want. OK, I get it. All right.

I want to change gears here because I found this really very interesting. You know, you see constantly information about the wage gap, the gender wage gap.

Steve Pomeranz: How women make less than men. So when you extrapolate those lower numbers, and then you assign, let’s say, a percentage of your income that you should only be putting towards your mortgage, and kind of general rule of thumb is 28%.

Steve Pomeranz: So, if you make less, and you apply the 28%, that means that, as a woman, let’s say a single woman, you really can’t afford the same amount or type of houses or the amount availability of houses that a man can who makes more-

Steve Pomeranz: … Can afford. So give us some statistics on this, and let’s go through that.

Terry Story: OK. Well, here’s some things about it. If you are a woman and you’re in this situation, there are things that you can do to combat this situation. First, don’t let the down payment scare you away. Number one.

Steve Pomeranz: Well, we talked last week about, go ahead.

Terry Story: Yeah. Well, because last week we discussed this, and now you can get 3% down payment loans-

Steve Pomeranz: Yeah, so 3%. So don’t be afraid of that, to begin with.

Steve Pomeranz: Because there is money out there where you only have to put 3% down.

Terry Story: The other option you have is line up a guarantor or co-borrower. So that’s an option for you. Third option, consider a fixer-upper. You may not be getting the same quality of house as that man is, but certainly you can consider purchasing something more of a fixer-upper. And then look at homes well below your means. That’s a safeguard. Everyone actually should be doing this.

Steve Pomeranz: Yeah. Not in Boca, but-

Steve Pomeranz: So that could really help. So you really want… You’re kind of in competition, and you’re starting out with a disadvantage. So getting a good credit score would be a strong component of you being able to get a mortgage and get a better rate and that may give you the ability to buy a little bit more expensive house.

Steve Pomeranz: OK. Very good. You know, there are some statistics here. I was shocked by these. So when looking at where these discrepancies really matter, in some of the urban areas, the results were pretty bleak. Seattle, for instance, has the biggest wage housing gap. Men can afford nearly 150% more homes than women.

Steve Pomeranz: Yeah. So, you know, women’s wages have to rise, in order for them, obviously, to be on par, doing the same work. But it has effects downstream-

Steve Pomeranz: … That you just really never think about. And I thought we should bring this up today.

Steve Pomeranz: My guest, as always, is Terry Story, a 29-year veteran with Keller Williams, located in Boca Raton, Florida. And she can be found at terrystory.com. 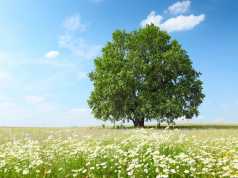 How To Bloom Where You’re Planted 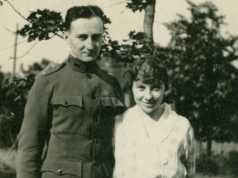