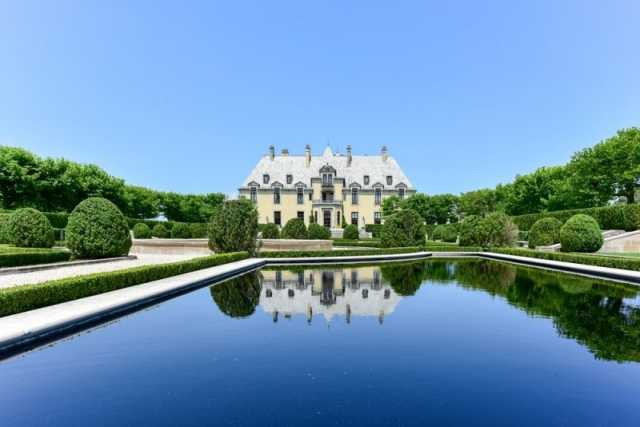 The real estate market is always in flux, and Terry reports that we’re currently experiencing rising prices and heavy demand for housing, but a lack of inventory.

In addition, new home construction is stagnant, for many reasons—cost and availability of labor among them. But foreclosures and short sales are not as common as they were a short time ago, so for many people out there, baby-boomers in particular, it’s not cost effective to sell an existing home and move into another.

Steve asked Terry about the mega-mansion market, and Terry answered that even the $20 million or higher range has slowed, and when one of these sales does occur, it’s usually to a foreign buyer.

Way on the other side of the fence, Steve mentions the new phenomenon of tiny homes.  Similar to mobile homes, except the construction is generally wood or concrete and the average price is $5,000 for a 6-700 square feet of space. These tiny homes usually rise up in college towns, such as Gainesville, but can also be attractive for elderly buyers.

When asked to describe her most saleable house today, Terry said it would bea Spanish-style home, overlooking the city, next to the golf course with good schools, stainless appliances, priced between $200,000 and $250,000, or one near the beach and 1500 square feet for $200,000.

Unfortunately, Terry says, there’s nothing listed like that. If so, she could sell them all day long.

Steve Pomeranz: It’s time for Real Estate Roundup. This is the time, every single week, we get together with noted real estate agent, Terry Story. Terry is a 26-year veteran with Coldwell Banker located in Boca Raton, Florida. Welcome back to the show, Terry.

Steve Pomeranz: So I’m thinking about my neighborhood here. I see that prices are rising, and they seem to be rising pretty much everywhere, but there just aren’t that many homes for sale. Why not?

Terry Story: That’s right. And that’s the most frustrating thing as an agent because the demand for housing is strong, and we need the inventory, especially since we’re about to enter into the spring buying season. So here are the reasons, Steve. Builders aren’t building new homes right now, and the builders are saying that the cost and availability is a huge factor for this reason.

Steve Pomeranz: Hold on, Terry. Hold on. We just had a technical thing happen here. All right, I’m just going to ask the question again.

Steve Pomeranz: So why aren’t there more homes for sale?

Terry Story: Steve, it’s very frustrating because we really need this inventory, especially as we come into the spring buying season. What we have is builders aren’t building new homes. They’re saying that the cost and availability of labor is a huge factor. So that’s kind of disappointing. We also have a slowdown and a distressed market. We’re down from 11% compared to a year ago, and that’s the lowest level.

Steve Pomeranz: Meaning there’s less foreclosures and the like?

Terry Story: Foreclosures, short sales. That’s a good thing overall, but when you’re trying to move inventory and sell homes, it’s not a good thing. You know, Steve, people are staying in their houses. Two-thirds of those baby boomers, for example, are deciding to make renovations to their homes. Part of that reason is because they’ll go out and look to see, “If I were to sell my home, where would I go?” They don’t see the inventory, so they’re like, “Well, might as well stay where I’m at.” That’s definitely a huge part of it. For others, they’re still stuck in their homes because they don’t have enough equity to pull out from it, depending on when they purchased their home.

Steve Pomeranz: I think some people decide it’s going to be less expensive and less hassle just to renovate rather than actually picking up everything and moving. There isn’t this sense of moving up anymore. I know in my area in South Florida, there’s a sense, in many cases, of moving down, trying to reduce the noose, so to speak. But still there are problems with that as well because the homes, the differentials aren’t really all that different, so that’s putting the kibosh on things as well. So, we’re saying that home prices are up but inventory is down. What about existing home sales, let’s say in January? How did they do?

Terry Story: They actually inched up a little bit in January, and that’s good news. We do need to see—and with the price growth accelerating—so that’s all good. Basically, what we saw, depending on the housing market, all the home values, if you look at the median existing home price in January, was about $213,000 up 8.2% from last year.

Terry Story: Yeah, and our inventory’s really low. We’re well below the six-month amount. We’re in the 3%-amount and anything less than 6%, actually I’m saying that all wrong.

Steve Pomeranz: All right, so just repeat it.

Terry Story: So the total housing inventory at the end of January increased a little bit, 3.4%, but we’re still well below. We’re at 3.9-month level of inventory which very much…

Steve Pomeranz: Are you kidding me? What about how long homes stay on the market in your area?

Terry Story: It was months.

Terry Story: It was very much a buyer’s market, and now we’re very much in a seller’s market.

Steve Pomeranz: So the opposite supply and demand has kicked in now. There is lack of supply. There is steady and growing demand, and it causes prices to rise.

Terry Story: This is all over the country, Steve. It increased in the Northeast, the Midwest, the South. The only place we saw a decline was in the West.

Steve Pomeranz: Okay. That’s existing home sales. What about pending home sales in January, which is homes in which contracts have been written, but they have yet to close?

Terry Story: They cooled down a little bit in January month-over-month, but they rose year-over-year. Weather always has something to do with it. I love the January figures. It all depends on what’s going on with the weather. The way it blizzards in January and that certainly cools things down.

Steve Pomeranz: I want to get the violins out right here, right now, because I understand the ultra-wealthy, those who are interested in the market of homes worth $100-million, is vanishing.

Terry Story: Yeah, last year there were about two dozen mega mansions offered over $100-million and only…which I didn’t know… there was only four that sold across the country. The people that are buying these are usually foreign buyers, so there’s this whole market of the ultra-luxury, there aren’t that many buyers for it. One of the concerns is, is this having an impact on the overall luxury market? Is that going to start to slow down too?

Steve Pomeranz: That was my next question. Manhattan and areas like that, do you think we’re starting to see some kind of a cooling off in the overall luxury market?

Steve Pomeranz: On the complete opposite of the spectrum, I want to talk about the new phenomenon of tiny homes.

Steve Pomeranz: That’s not tiny bubbles. Tiny homes. Now these are houses that, if you go online and you google tiny house, you’ll start to see the way some of these are made. They kind of look like mobile homes, only they’re made of wood and some kind of concrete or something. Whereas, obviously, a mobile home is not, and the average price is like $25,000. They’re really small. They’re like six- to seven-hundred square feet.

Terry Story: Right. They do have these across the country. In this particular article, they’re saying that this would be feasible for college students; in an area like Gainesville, they’re trying to put them in. Feasible for homelessness and affordable housing as an option, or for older adults who want to just downsize. It’s really good for a large student population area. But, Steve, if I were to move in this, I would need a village. I would have to have one for this family member, that family member, so I don’t know.

Steve Pomeranz: It just seems to me that you could get a 2400-square-foot house, which is 600 times four and pay a hundred thousand dollars for them. So that’s where my mind goes, too. We only have a few seconds left, I love to go to your real estate survival guide. What type of home sells the fastest, Terry?

Terry Story: Right now the best-selling house is the Spanish-style house. They’re selling in 47 days on average. The best view, city skylines. Best home amenity, I can’t believe this, but stainless steel appliances. Best location, it’s all about the school district. Best price range is 200 to 250. Best size is 1500 to 2000 square feet.

Steve Pomeranz: Okay, so kind of on the smaller side. Your practice is actually in that price range as well.

Terry Story: Sure. So the best would be a Spanish-style home, overlooking the city, next to the golf course with the good schools, with some stainless appliances, priced between 200 and 250, near the beach, and 1500 square feet for $200,000.

Steve Pomeranz: The problem is there’s none of them listed.

Terry Story: Yeah, I know. I think I could sell those all day long.

Steve Pomeranz: Like always, this is Terry Story. Terry Story is a 26-year veteran with Coldwell Banker located in Boca Raton and she can be found at TerryStory.com. Thanks, Terry.