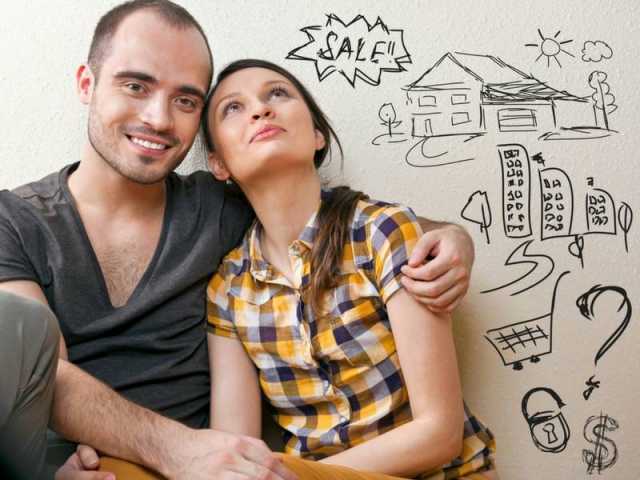 First-time home buyers are competing against investors and other first-time home buyers and have likely lost out on a few previous bids. Since they are eager to close a deal, they tend to pay a little bit more than seasoned buyers who might sit back a little and wait it out.  First-time buyers typically focus on the positives, don’t really concentrate on or even evaluate the negatives, and often let their emotions get the better of them.  Fortunately, though, paying a few thousand more doesn’t really matter in the long run.

Prepping Your Home for Sale

Did you know that most buyers form first impressions on a house within 26 seconds of walking through the front door?  Here are some of the things sellers can do to make sure those first 26 seconds go well.

It all starts with the entryway and an attractive front door.  For instance, make sure the door is well painted, the door handle is solid, the hinges are well oiled, and the cobwebs all cleaned up in the entryway.

Once buyers are through the door, they like to see an area that is clean, uncluttered, and smells good—perhaps with a coat of fresh paint.  Terry recommends using neutral beige or white colors to create a canvas that the buyer can envision placing his belongings.

She also recommends doing away with personal photos when selling your home. As a seller, you should no longer brand it as yours but offer it up as space for someone else.

Speaking of smells, Terry Story says the scent of light vanilla or citrus adds to a home’s appeal.  Sellers could go one step further and offer freshly-baked cookies as comfort food, making buyers associate that comfort with the home.

Surveys show that 73% of all real estate agents rate cleanliness and lack of clutter as the #1 attribute of a new home showing. Buyers also prefer an orderly and clean older home in its original state over a newer more modern house that looks like a bomb went off inside.  Make sure you put away your kids’ toys, laundry, dog bowls, remotes, video games, etc., and get rid of the dog smell.

Switching subjects, Steve wants to know more about the Right to Inspect at the buyer’s sole discretion. The clause varies by state, says Terry, and typically gives buyers the right to inspect a home, at their sole discretion, and walk away from the deal if they find anything that’s wrong with the house.

Therefore, when you’re buying or selling a house, it’s really important to know what is in the contract.  Terry adds that contracts increasingly have an “as is” clause so sellers aren’t stuck making repairs, etc.

If you’re a first-time home buyer, consider keeping your emotions in check when bidding on your first home. And if you’re a seller, use Terry Story’s tips to make sure your home works its magic in the first 26 seconds of prospective buyers walking in the door.

Steve Pomeranz: It’s time for Real Estate Roundup. This is the time every single week we get together with noted real estate agent Terry Story. Terry is a 29-year veteran with Keller Williams located in Boca Raton, Florida. Welcome back to the show, Terry.

Terry Story: Attention. Here’s the deal, Steve. On average, they’ve determined that they pay about $2,200 more than a regular non-first-time home buyer, and here’s why. If you think about it, first-time home buyers, they’re buying their first home. They’re most likely buying a starter home, and that’s a real aggressive market because of the price point that it’s at. They’re competing against investors and other first-time home buyers, so they’re very eager. It’s an exciting time, very emotional. They get out there, they’ve lost a couple of houses they’ve put bids in, and then when they see something they like, they seize it. They’re eager, and they tend to just buy with their emotions and pay a little bit more than somebody else that would sit back a little bit, wait it out.

Terry Story: Correct. They’re looking at the positives. There’s a lot of things that they don’t see. It’s amazing to me. I can show them a house on a major road, and they don’t seem to see it.

Steve Pomeranz: They don’t hear it.

Terry Story: Hear it, they don’t see it. They’re so excited about buying a house. They let their emotions get the best of them. That’s basically what we see happen. It’s not necessarily a bad thing because the house does have to appraise in most cases. They pay a little bit more.

Terry Story: It’s not the end of the world. They’re buying with their hearts and not their heads in many cases, but there are things they can do to avoid it.

Steve Pomeranz: Right. Let’s say that I’m a seller, and I’m trying to sell my home. I think it is a fact that really first impressions take place in the first 26 seconds as I walk through the front door. What are some of the things that I need to know as a seller to make sure that those 26 seconds go well?

Terry Story: It really starts with the entryway. This article that we’re referencing talks about the foyer. I take it a step back and say the front door. It drives me crazy when I’m going up to a house and the door handle is in really rough shape. There’s paint chipping on the front door. There’s cobwebs in the entryway. At a minimum, clean that all up. Then once you get in, the first 26 seconds are really important. You open up that door. You see everything, in most cases, the minute you walk in. There’s a sense that is created. There’s also smells that are sensed by everybody. That first 26 seconds you want that whole area to be spacious, clean, decluttered, smelling good.

Steve Pomeranz: If you’re going to paint, what color should you use?

Terry Story: It really should be a neutral color. We always call it realtor beige or realtor white. We really like the light colors. You almost want to make it like a canvas, so that the new buyer can envision their own stuff. One of the big bugaboos that I have also is a lot of personalized photos. I was just in a house a couple days ago, beautiful home, but they had so many personal photos on the walls, on the countertops. That’s fine when you’re living in the home, but when you’re going to sell the home you really want to minimize that because you’re branding it as your home. It’s hard for a buyer to come in and envision themselves living in your house, in that house. That’s really important.

Terry Story: That still exists. I tell you, that does work. The number one scent amongst the realtors, we all like the vanilla and the fresh scents. Citrus is also another real popular one.

Terry Story: Baking cookies. If you truly are going to have an open house or have a showing, having fresh baked cookies, everybody likes fresh baked chocolate chip cookies.

Steve Pomeranz: I know, I know. It’s a comfort food, and your home is for your comfort, so that should be.

Terry Story: Even amongst all of those things, the lack of clutter, if you look at the survey and talk to real estate agents, 73% would say that would be their number one, the cleanliness and lack of clutter. It’s amazing to me. We go into so many homes. It’s not even about the condition of the outdatedness. It’s all about how clean it is. I’ll tell you, there’s some houses I’ll show that are all original condition, but they’re so pristine. Yet you’ll go into another house that’s 25 years newer, and it looks like a bomb went off. The buyer is going to favor the nice, clean, original looking house over the house that looks like a bomb went off.

Steve Pomeranz: What are we talking about, kids toys?

Terry Story: Pet items, dog bowls everywhere. The remotes, 57 remotes. Video games on the counters and on the couches.

Steve Pomeranz: Got it. I guess dog smell isn’t one of the preferred scents.

Terry Story: No. You definitely want to take care of dog smell. That’s not a good scent.

Terry Story: Every contract is different, but in reference to the Florida As Is contract, it states the buyers have the right to inspect, and it’s in their sole discretion. What that basically is saying is if they do their inspection, and they see anything that’s wrong, no matter what it is, they don’t like the color of the paint, whatever it is, they can walk from the deal. A lot of people don’t realize that. They believe that it has to be something wrong with the house. There may be other contracts that state that, but here it doesn’t. It’s really at the buyer’s sole discretion. What’s important to understand is it’s really important when you’re buying and selling a house to know what that language is in the contract. Many of our contracts today are all sold as is just because it’s a lot easier to deal with. We’re not dealing with sellers having to make repairs, sellers making repairs that aren’t done adequately.

Steve Pomeranz: Hey, I got to cut you off right there because we are out of time. I’m speaking with Terry Story. As always, she is a 29-year veteran with Keller Williams located in Boca Raton, Florida. She can be found at terrystory.com. Thanks, Terry.