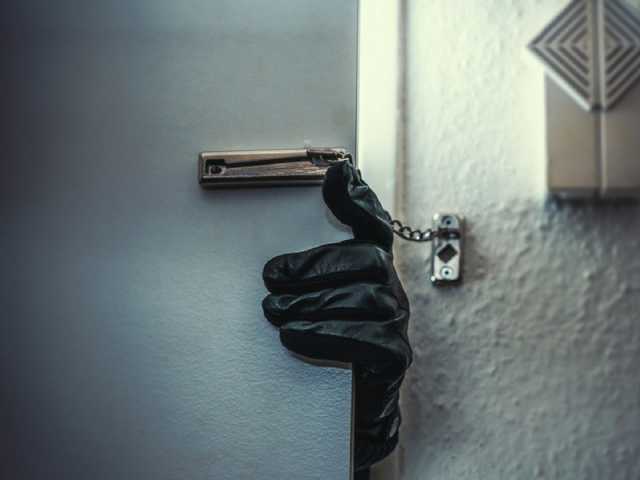 Did You Know Criminals Can Steal Your Home?

The rise of technology has made information easily accessible.  That’s both for us and for thieves interested in stealing from us.  The housing market is no exception. This begs the question, can someone steal your home?

Terry’s mother experienced home ownership fraud personally.  She had lent money to someone and held a mortgage on the home.  Unbeknownst to her, someone forged her signature and told the county the loan had been paid in full.  Fortunately, her mother found out soon enough and managed to resolve things.

Warning Signs That Your Home May Have Been Stolen

The following warning signs may tip you off on nefarious activity involving your home:

If you see such a surge, check your county’s records to make sure all is well.

Does Taking A Deposit Obligate The Seller?

In other news, does accepting a deposit on a home obligate the seller to the buyer?

No, says Terry.  Deposits are evidence of a buyer’s interest in a property.  However, they don’t bind the seller to that buyer.  A binding contract requires consideration.   Also, it’s something of value offered for something else of value.  Such consideration is the buyer paying the agreed upon price in exchange for the deed to the property.

Home Deposits Should Be Meaningfully Large

Terry further notes that realtors like to see large deposits as an affirmation of interest from the buyer.

For instance, a $3,000 deposit on a $1.5 million home is not a sufficiently good faith deposit.   In addition, it suggests that the buyer may also be looking at other homes.

As Terry puts it, deposits should be large enough that walking away from them is painful.  She draws parallels to large deposits, in the millions, both in merger and acquisition negotiations.  This way, if a company walks away from the deal, the other party is compensated for the resources, time, and publicity involved in the deal.

Check With Your HOA Before Making External Changes

One of Steve’s listeners wants to know if a condo owner can enclose her porch or lanai, without permission from the HOA.  The story behind this question involves a condo owner who wanted to enclose his porch with glass.   He also wanted to add air-conditioning to have a comfortable, expanded space.

Terry strongly recommends checking with the HOA first.  A lanai is considered a limited common element.  That means unapproved changes could result in hefty fines along with tear-down-and-restore expenses.

So, if you live in an HOA, make sure you get the association’s approval before making changes.

What’s A “Kick Out” Clause?

A kick-out clause, on the other hand, typically involves a sale being contingent on the buyer’s ability to sell her existing home.  In such cases, a kick-out clause allows a seller to continue showing the house to other buyers.   It also allows for “kicking out” the buyer if the seller receives an offer from another buyer without a home sale contingency.

Steve Pomeranz: It’s time for Real Estate Roundup. This is the time every single week we get together with noted real estate agent Terry Story. Terry is a 29-year veteran of Keller Williams in Boca Raton, Florida. Welcome back to the show, Terry.

Steve Pomeranz: This next one really bugs me here. How do you tell if a criminal has stolen your home?

Terry Story: Yeah, with the rise of technology, it makes it a lot easier to create fraudulent documents that could easily be recorded in the public records. You need to know that, a) that could happen and b) be aware of signs that it has actually happened to you.

Steve Pomeranz: Yeah, we’re going to get into that in a second, but you have a story with your mom, right?

Terry Story: Yeah, my mom was holding a mortgage on a home, and somebody got hold of her signature and recorded a satisfaction of mortgage.

Steve Pomeranz: She had lent money to someone, so she was holding that mortgage.

Steve Pomeranz: Then someone came in, fraudulently signed a document that said the mortgage was paid and satisfied.

Steve Pomeranz: Yeah, so you’ve got to be very careful, but there are some signs that you can look for, easy signs to see whether something nefarious is happening.

Terry Story: Yeah, that’s right. Or for example, you’re getting mail addressed to you in a different name, or you stop getting mail that you normally would get, those would be signs. One of the biggest signs, anytime you move, all of a sudden you get an onslaught of unsolicited mail from movers and insurance, services.

Terry Story: You get blinds. All of a sudden if you’re getting an onslaught of unsolicited mail in a big way, you need to go to check out your public …

Steve Pomeranz: I think it’s the only good thing that we can say about direct mail, is that if …

Steve Pomeranz: It’s a warning sign if you start getting it.

Terry Story: Yeah, so you just have to go to the property appraiser local website.

Terry Story: You can find it there.

Steve Pomeranz: Yeah, so anyway, by doing that, checking once in a while, looking for these signs, you can probably stop this criminal behavior.

Steve Pomeranz: Okay, so I want to talk about some of the things that go on in your world that laypeople like myself don’t really think about or understand.

Steve Pomeranz: Here’s a question. Does deposit acceptance … I guess if a seller agrees to take a deposit, does that turn an offer into a contract?

Terry Story: Next. Deposits often provide evidence of a buyer’s commitment to purchasing a house, but it is not required by law. To have a binding contract to purchase real estate, it only requires consideration, which is defined as something of value offered by something else of value, okay?

Steve Pomeranz: I’ve seen a case of a client of mine who went to sell a pretty expensive house, and he was having trouble selling it. And then someone came in and let’s say, it was a million or a million-and-a-half-dollar house. The guy was putting down $3000. I said to the client, “That does not seem like a good faith deposit to me.”

It turned out that it was nothing. I don’t know what the buyer was doing or whatever. I mean if someone is putting down a very small deposit on a very expensive house, that is really not good faith, and I think the seller should beware.

Terry Story: Right, and basically, the buyer is saying, “Well, geez, I can walk from this for $3000,” that’s really what it boils down to. You want it to be painful.

Terry Story: That’s why we ask for …

Steve Pomeranz: Corporations do that all the time when they’re doing a merger.

Steve Pomeranz: If the merger doesn’t work out, they have to pay sometimes tens of millions; if it’s a big company, a hundred million dollars if the thing fails.

Steve Pomeranz: It’s painful, once the other company … When the companies are committing to each other, all those resources and time, publicity, and all that, there’s pain to get out.

Steve Pomeranz: All right, here’s one. Can a condo owner enclose their porch—so-called, let’s call it a lanai—without permission of the condo board? There’s a story here of someone who actually did that. It’s this idea of taking say a decent-sized porch and enclosing it with glass, adding air-conditioning to it, so you have a new family room and expand your space, pretty cool idea.

Steve Pomeranz: Again, if you’re living in an apartment, a controlled apartment area, then it affects other people.

Terry Story: Right, well, you have to adhere to what is written in the documents. To answer the question, I would say probably not, not without their permission. You’ve got an association, everything wants to be uniform and look the same. Lanais are considered limited common elements, so in other words, it is part of the association’s property, you need to adhere to the rules of what they say. There are all kinds of reasons you just can’t randomly enclose it.

Steve Pomeranz: Absolutely, all right, let’s move on. We only have a minute left. So there’s a thing called a kick-out clause, right of first refusal. I know what that is, I don’t really know what a kick-out clause is, are they the same?

Terry Story: No, they’re not the same, a kick-out clause is used, Steve, when, for example, you’re buying a house and you have it contingent on the sale of your home.

Terry Story: The seller will say, “Okay, I’ll give you a kick-out clause,” meaning if I get another buyer, you have the right to remove that contingency and I’ll continue with you. I have the right to accept this backup offer, so that’s the kick out clause, which is different than first right of refusal.

Steve Pomeranz: Yeah, first right of refusal means that I can say no or yes. I’m going to take the house or I’m not, but you have to come to me first in order …

Terry Story: Right, right, and you see that with leases. A tenant leasing the property and they want the first right of refusal to purchase the house before you consider a third … That’s more appropriate for that.

Steve Pomeranz: Okay, my guest as always is Terry Story. Terry’s a 29-year veteran with Keller Williams located in Boca Raton, and she can be found at terrystory.com. Thanks, Terry. 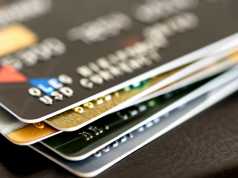 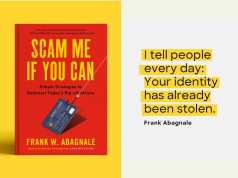 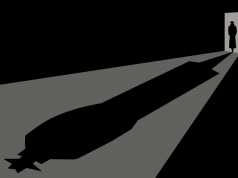