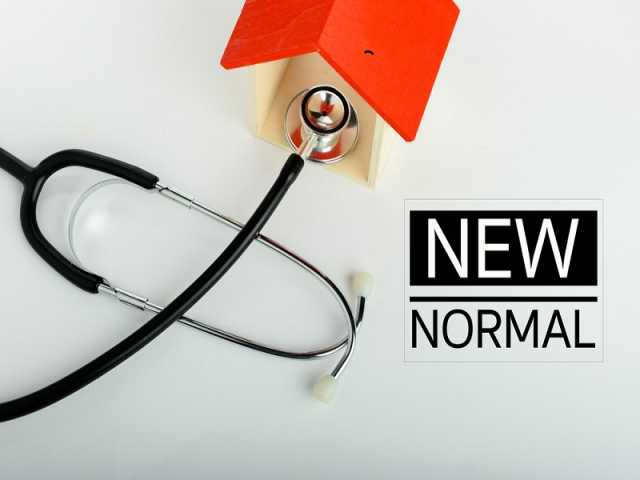 During this week’s Real Estate Roundup, Steve spoke further with Terry Story, a 31-year veteran at Keller Williams, about the state of the real estate industry amidst the coronavirus pandemic.

The coronavirus pandemic is definitely affecting pending home sales, at least it is in the Palm Beach County area where Terry operates. Since March 19th, properties under contract have fluctuated significantly. She noted, “When I first began monitoring properties under contract, we had 311. The next week, it was 297. The third week, the number dropped all the way down to 209. Then, in the fourth week, the numbers went back up to 217. And then up again the next week to 232. I’m starting to see a pattern. We have a tendency to freak out when numbers drop, but this seems to be our new norm. Things are starting to pick back up.”

Steve observed that the pattern of pending sales looks like it may be parallel to recent stock market action.

The Overall State Of The Market

It’s not unexpected that numbers are generally down. Inventory is lower and sellers are concerned about finding buyers. Some are simply pulling their homes off the market. “What I really think we’re seeing is a pause. Buyers are pausing, sellers are pausing,” Terry said.

There are, however, still sellers who want to sell their homes. And in order to sell in the current market, sellers have been willing to lower their prices a bit. “And buyers, especially motivated buyers, are seizing the opportunity to get the home they want at a lower price,” Terry added.

Steve closed their conversation out by having Terry reiterate the main points of previous discussions about how the coronavirus has actually changed the process of home buying and selling. Agents are using virtual tours, protective gear is required for actual home visits, and mortgage financing requirements have become significantly stricter.

If you’d like to learn more about buying or selling a home, check out Keller Williams.

Steve Pomeranz: It’s time for Real Estate Roundup. This is the time every single week we get together with noted real estate agent Terry Story. Terry is a 31-year veteran with Keller Williams located in Boca Raton, Florida. Welcome back to the program, Terry.

Steve Pomeranz: So, life in the time of coronavirus.

Steve Pomeranz: So, we were talking off air about what you call pending sales because there’s some interesting numbers there. Take us through that.

Terry Story: Sure. So I’ve been monitoring now, we’re going into our sixth week of this, and I’ve been monitoring it. So the first week they started tracing this was March 19th. And at that time in Palm Beach County, we had 311 properties go under contract. Then the following week, that number dropped a little bit to 297. Then the third week, it dropped even more to 209. But by the fourth week, we see the numbers starting to rise. It went from 209 to 217. And then last week it went up to 232. So I’m starting to see a trend and a pattern. And what it’s telling me is it’s saying, “Okay, we all freaked out and panicked. Sales slowed down. And now we’re in the new norm if you will. And this is the way it’s going to be.” So we’re seeing the transactions start to pick up.

Steve Pomeranz: You think you see a V? Well, you’ve got a long way to go to get back to 311 though.

Terry Story: Yeah, but I still think it’s going to be a V.

Terry Story: And not a U.

Steve Pomeranz: I’m going to take these numbers, and there are only five numbers, so this is not going to be really statistically accurate-

Terry Story: No, we don’t have enough data yet.

Steve Pomeranz: … but I’m going to plot it up against the S&P 500 and see if there’s a correlation. Okay. All right. So, anything new and different in your world? What are the other agents saying? How is business, in general?

Terry Story: I mean, in general, the numbers are down and we’re seeing that some sellers have taken their home off the market. And quite frankly, what we’re seeing is more of a pause. We’re seeing buyers pausing, sellers pausing, but keep in mind there’s plenty of buyers that need to buy a home and sellers that have to sell a home. What I’m seeing on the seller side, even though our inventory is already low, it’s gotten lower. The sellers that want to sell are adjusting their prices a little bit and the buyers are seizing that, especially the motivated buyers.

Can that happen? Sure it can. Will it happen at some point? Yes, it will because we know that we can’t stay in a seller’s market forever and this is, even though it hasn’t been technically declared a recession. So I would think that at some point, this is when we will see it begin to reverse a little bit.

Steve Pomeranz: You mentioned the word motivation, and I think that’s the key driver here because these people who are motivated to sell, they’re going to be willing to drop their price, and buyers that are motivated are going to be willing to work through the greater difficulties. Those who have listed that aren’t as motivated, for example, I have friends in New York state who listed their home, but they’ve pulled it off the market because they feel that a home listed on the market for a longer period of time when they’re not quite so motivated can be a detraction from the sale. What do you think?

Terry Story: Yeah. And I’ve had a lot of people express that, but I think we’re all going to get a pass on this one. I would say in normal times, yes, people monitor days on market. This is so explanatory that I don’t believe that that’s going to have an impact.

Steve Pomeranz: Okay. I wanted to ask you about how the process of buying and selling homes from your agent’s perspective has changed and what has stayed the same? Because I would be thinking that if I were looking to buy a home, I would see this chaotic world out there and figure out, well, how is this ever going to get done? How am I going to see these houses? How am I going to close? So I’ve asked you to walk this through with me so we can see it in our own minds from the agent’s eyes. So I want to start it off. So I know the first step is that you have made these virtual open house videos as a virtual tour. So just tell us a little bit about that.

Terry Story: Correct. So, the consumers start their home shopping on the internet, and a lot of the agents have created virtual tours, professional photos. All of that makes a huge difference in impact on whether or not a buyer wants to see the home. So, a buyer identifies a home that they want to see. I personally take it a step further. When the agent calls and inquires about a particular property, I will then send them my little homemade walking tour of the house, which was made before all of this began. And it shows in greater detail as if you were with me. I’ll show you the closets. I’ll give you a really detailed tour of the house. Once the client has seen that homemade video and they still want to see it, then I know that they’re serious. We’ll take it to the next level, and that would be to bring them into the property.

So now we’re going to take you through the house where you go with protective gear, gloves, masks, and booties if required. You now like the house. We’d go to contract like we normally would and then the fun begins. We’re going to do a lot more deeper qualifying of the buyer, make sure that we are in constant contact with that lender. There’s a lot more requirements right now to obtain finance and make sure that we have weekly conversations with all the parties involved, to keep everybody motivated to stay in the deal and make sure that everybody is doing everything in a timely fashion to get us to the closing table.

Terry Story: Is there a table? Yeah. So no, we don’t have a table anymore. They’re done remotely. They’re done in parking lots. You can come into the office. We don’t have buyers and sellers and agents all together anymore.

Steve Pomeranz: So, the deals get done how? They are shuttled, paperwork? Are you a paper shuttler now?

Steve Pomeranz: The real estate business in the time of coronavirus. My guest, as always, is Terry Story, a 31-year veteran with Keller Williams located in Boca Raton, and she can be found at terrystory.com. Thanks, Terry.