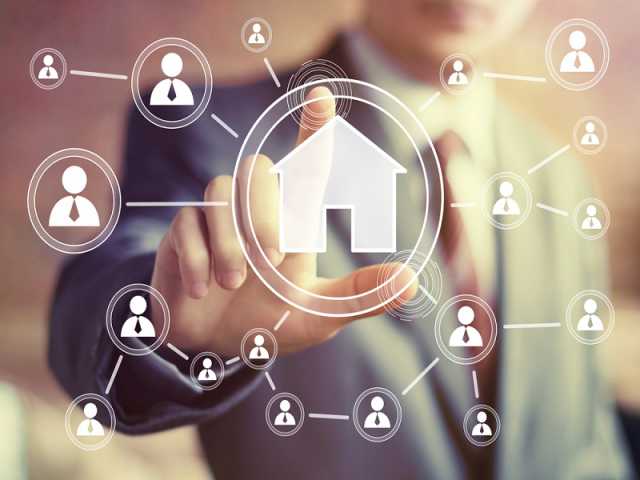 During this week’s Real Estate Roundup, Steve spoke with Terry Story, 31-year veteran at Keller Williams, about how the real estate industry is adapting to the coronavirus environment.

The Real Estate Industry Keeps on Keeping On

In response to Steve asking about the current real estate market, Terry reported some recent real estate numbers from her neck of the woods—Palm Beach County in Florida: “Over the past 12 days, we’ve brought in 425 new pending sales contracts and a little over 700 new listings. So, basically, there are still new listings coming onto the market, and buyers and sellers are still coming together and bringing homes under contract.”

How the Coronavirus Has Changed the Business

However, Terry freely admits that the real estate market and everything around and interconnected with it has been significantly impacted by the coronavirus pandemic. “Everything is different, due mainly to social distancing and other health safety requirements. We are wearing masks, gloves, and sometimes booties. We cannot be in the home at the same time as the prospective buyer. Zoom and other social media conferencing programs are the new norm,” Terry said. “I’ve gone out and videotaped all my properties so that I can offer buyers virtual walking tours. You kind of just have to develop a new level of comfort with operating almost entirely online and through social media.”

She also mentioned how the pandemic has changed bank policies regarding handling mortgage loans, making banks a bit more cautious because of so many people’s employment status being in jeopardy. As Terry explained, “The day before closing, the banks are re-verifying that the borrower is still gainfully employed, that their income is still the same, and that they don’t foresee any changes in their employment status.”

But the state of the business overall is that Terry and other real estate agents nationwide are proving that when compassionate, creative, and goal-oriented approaches are used, even a worldwide pandemic can’t stop the industry.

There are, of course, some hang-ups. Steve asked about sellers possibly being reluctant to have people traipsing through their homes. Terry said that the level of reluctance varies, mostly according to how motivated the seller is. She explained, “Obviously, the more motivated a seller is, the more willing they are to allow people into their home. It’s a two-way street of consideration: the seller allows us into their home and, in return, we’re taking extra precautions to make sure the home remains clean and safe for everyone.”

The pandemic, of course, is hitting every industry across the world, as evident by the millions of individuals filing for unemployment in the United States. Both buyers and sellers are likely to grow concerned about picking up or getting rid of a home during this time.

Still, Terry emphasized that when things are done right—like sellers properly pricing their homes—good deals are getting done. She related the story of one property she handled recently that was put on the market on Good Friday and that had more than 30 showings over the Easter weekend. In the end, the seller got five offers and ended up selling the home for $28,000 more than their asking price. The moral of the story, according to Terry, is that “If the properties are priced right, especially if they’re vacant properties, then they’re moving.” If the house is vacant, then that helps as far as removing concerns sellers might have about a bunch of buyers invading their home and possibly exposing them to the virus.

If you’d like to learn more about buying or selling a home, you can find plenty of help at Keller Williams’ website.

Steve Pomeranz: It’s time for Real Estate Roundup. This is the time, every single week we get together with noted real estate agent Terry Story. Terry is a 31-year veteran with Keller Williams located in Boca Raton. Welcome back to the show, Terry.

Steve Pomeranz: Terry, what’s going on in your world? The rest of us are quarantined and trying to stay out of trouble. What are you doing?

Terry Story: Well, I am quarantined and I’m looking to get into trouble. The world of real estate, things have definitely quieted down and that’s, of course, across the country. But when we look at the numbers in Palm Beach County, what I’ve been tracking, Steve, is I want to keep an eye on what’s going to under contract and how many new listings are coming on. Let’s just take, for example, since March 31st and today’s the 14th, we’ll just say for a 12-day period of time, we brought in 209 new pending sales of the one week and then 217. You’re looking at, say, 425 new contracts if you will. And about, say, 700, a little over 700 new listings. What am I saying by all of this? There’s new listings still coming on the market and buyers and sellers are coming together and bringing contracts under contract.

Steve Pomeranz: Yeah. But like we talked about last week, the whole way it’s being done has got to be totally changed.

Terry Story: It’s totally changed. We’re doing a social distancing, we’re wearing gloves or, in some cases, booties, masks, depending on the house. If it’s vacant, if we’re…and quite frankly, no one’s supposed to be in the house. The seller’s not supposed to be in the house. We’re not really even supposed to enter the house with the clients. We have certain rules that we’re adhering to and we’re able to do so much now digitally. We can do Zoom conferences, we can write contracts electronically, but we’re finding—and it’s interesting, when we first went into this, we had the shock and awe, okay, how are we going to do our business? And we ran out, I ran out and videoed all my properties, and I’m calling them virtual walking tours, and we have them available for people to take a look at.

And as we kept rolling on, things started off like, how are we going to do our business? Now it’s almost becoming like this is the new norm and it’s starting to feel comfortable in that, you develop a new rhythm in the way that you wake up in the morning, and how you start your day and what you’re doing. How are you going to get in touch with your buyers, your sellers? And it’s an interesting phenomenon.

Steve Pomeranz: Yeah. I was going to ask you, are sellers letting buyers in their homes?

Terry Story: Some do, some don’t. It really depends on their health and their situation. Obviously, the more motivated the seller, they’re allowing it and we’re just taking extra precaution. The homes that are vacant, I’ll give you an example. I took on a vacant property up for sale, and we had priced it aggressively. We had one figure in mind, right before the coronavirus, we were going to go in at 295 which we thought was a good number, pricing it well. Well, when we actually rolled it out on Friday, right before Easter, we put it on the market for 275. Saturday, we had over 30 showings. There were people, agents lining out the door to show this property and we ended up with five offers. We sold it for 28,000 over asking. The moral of the story is if it’s priced right, especially if it’s a vacant property, they’re moving.

Steve Pomeranz: Now, was that a function of the price point? Because I know in months past you said that the price point sales picture is quite different depending upon where you are in, what level you’re at.

Terry Story: Absolutely. And this is entry-level house and there’s such a strong demand for it. And when one is in excellent condition, well cared for and shows well and you’ve got some great pictures and photography and walking tours and everybody is able to see it. That was all contributing factors. And if, quite frankly, if it wasn’t for the pandemic situation that we’re in, I would have sold it just as fast. Not sure that it would have gotten the number that we got, but it’s just all real interesting. It just hammers down the point that if it’s priced properly, it will sell even if it’s a higher price point. We went and showed a house the other day and it was in the 800 range, Steve. And they priced it aggressive. This seller is relocating, has to sell. We were the second person in and they sold it that day to the first person in.

Steve Pomeranz: Oh, boy. Now getting back to this 290,000 house, so what was the final price on that?

Steve Pomeranz: Now was that a cash deal or was there a mortgage on that?

Terry Story: No, there’s actually a mortgage and that brings up another interesting topic. I didn’t have any cash buyers, the investors weren’t looking at it. It was all end users, and we had the five offers and we had to decide who was the strongest financially. And what I’ve come to realize in all of this, what’s really important is where is the income being derived? The offer that we ended up accepting was a person who is on disability and part of his income is from the government. We know that his income is constant, where if we had accepted another person’s offer where they have a job, we don’t know that their income is going to remain constant in the next 30 days. And what’s happening, Steve, is the banks are, the day before closing, re-verifying that the borrower is still gainfully employed, that their income is still the same and that they don’t foresee any changes in their employment status.

Steve Pomeranz: You have a situation where a buyer may be preapproved for a loan or approved, not preapproved.

Steve Pomeranz: And now because of the virus, the day of closing or the day before, the bank is checking their source of income to see whether they have a job or will have a job?

Terry Story: Yes, that’s correct. A couple of days before closing they’re re-verifying everything. They’re re-verifying proof of income, money in the bank. Interestingly enough with our contracts, if you’ve already been approved for your financing, you have 30 days to get a mortgage commitment, you get your mortgage commitment, you’re locked and loaded. If the deal were to fall apart, the buyer loses out, the money is forfeited to the seller. In this particular case, if that were to happen, which really isn’t fair, the deposit money can go to the seller. And no fault of the buyer.

Steve Pomeranz: Yeah. That brings up all kinds of problems, which we’ll get to next week, but unfortunately, we’re out of time. My guest, as always is Terry Story, a 31-year veteran with Keller Williams located in Boca Raton. And she can be found at terrystory.com. Thanks, Terry.