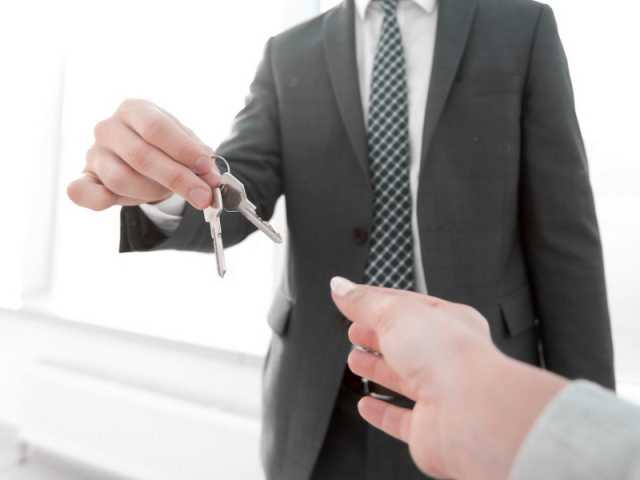 Terry Story, a 30-year veteran with Keller Williams in Boca Raton, stopped by to answer some questions about buying a home.

When The Final Offer Really Is Final

A new rule states that a buyer making an offer can request confirmation from the seller’s broker that the seller has actually seen the offer. Terry confirmed that that can be done only if the offer was done in writing and if it has, the listing agent must then provide written documentation to the cooperating broker stating that the offer has indeed been submitted to the seller. This rule allows a buyer to know where they stand on the offer and to prepare for the consequences.

Terry then shared a story about a time when two different bidders made an offer on a property. The bidding contest concluded when the seller asked the two bidders to make their highest and best offer, and the seller accepted the offer from the second bidder. But after the sales contract had been finalized between the seller and the first bidder, the first bidder suddenly made an even higher offer.

Terry pointed out situations like this that cause stress for everyone: the first seller’s motives seem ruthless; the seller has to see the new offer due to legal obligations; and the seller could suddenly be stuck with a deal they don’t want, which could end with the dissolution of both offers.  In this case, the first bidder failed to break the contract and peace of mind was restored.

Steve then posed a question on whether it was ever acceptable to let a buyer move into a house before closing. While Terry believed such a request can seem harmless, the situation does include a lot of liability on the seller’s part. Anything could happen to the prospective owners, and since they don’t technically own the property yet, the seller would be liable. Moving in before closing essentially serves as an endless walkthrough for the new owners who might suddenly change their minds and decide to back out of the deal.

Terry highlighted such dangers by talking about a buyer who got access to a house before closing and proceeded to completely tear out the kitchen, resulting in Terry being “scared out of my mind.”

Real estate transactions are vulnerable to a variety of problems between buyer and seller, so sticking with the rules is always the smarter and safer option.

Steve Pomeranz: It’s time for Real Estate Round-Up. This is the time every single week we get together with noted real estate agent Terry Story, Terry is a 30-year veteran with Keller Williams located in Boca Raton, Florida. Welcome back to the show, Terry.

Steve Pomeranz: There’s a new rule, I understand, in the realtor business, that if a buyer makes an offer, the buyer can request from the seller’s broker or whomever, whether they’ve actually seen the offer or not. This is important.

Terry Story: Yeah, it is kind of sad that they even have to do this, but there are cases where offers have not been presented for whatever reason. And you know, if you’re a buyer and you put in an offer, you want to know that it’s been offered.

Steve Pomeranz: But it has to be done in writing, right?

Steve Pomeranz: Yeah, well, I mean I get that because you wonder sometimes.

Terry Story: Yeah, especially in multi-offers, it’ll be like ten offers sometimes on a property, and so maybe the guy just took the top five offers.

Steve Pomeranz: Maybe it just kind of slipped through the cracks or something like that because if you don’t hear anything, you wonder. You’d like to know that they received it, and then you can deal with the consequences.

Steve Pomeranz: Yeah, I think that’s the issue. But also you were describing a story off-air about an offer that was made, there were two bidders.

Steve Pomeranz: Right, so tell us about that.

Terry Story: So basically, there were two bidders and generally—and there’s no real rules of thumb to this—but when you are in multiple offer, with the direction of the seller, you will go back to the buyers and say, hey, buyers, give us your highest and best—best terms, best price. Whatever it is, give us your best.

Steve Pomeranz: So, setting this up, they make an offer. There’s two people that each one has made a separate offer.

Steve Pomeranz: Then they start to increase one-

Steve Pomeranz: And it increases the other. The second buyer is notified. They increase, maybe again and again.

Steve Pomeranz: But at a certain point you say to them, look give us your highest and best.

Terry Story: Right. Let’s be fair to everybody.

Terry Story: Just us give your highest and best and, at that point, you present them back to the seller and the seller will select the one that he feels is the highest and best. This particular case, that was done The second offer was the winner. Several days go by. The first one decides—you know what? I’m just going to up my offer by a huge amount. It didn’t even make sense.

Steve Pomeranz: And had he seen the property?

Terry Story: He hadn’t even seen the property.

Terry Story: So it puts you in a very precarious situation. You’ve got a fully executed contract. By law, we have to present all offers, so I had an obligation to present this to the seller, and of course, now the seller is upset because now they want to figure out how they can get out of this second deal.

Terry Story: The problem with that is this guy had all the time to come up with a better offer. He chose not to. He could easily get out of it during the inspection period, so what could happen in theory is you somehow wiggle out of your first deal. You get into the second. In the second deal, the guy comes back and says, oh, I don’t like the inspections.

Terry Story: I want it-.

Steve Pomeranz: It’s possible if he had bad intentions that he’s just trying to throw a wrench into the works. Maybe he’s bought it for somebody else, he’s trying to impress them. You don’t really know the dynamics. This was an expensive home.

Steve Pomeranz: People with money to burn. So it’s very possible that the seller could have ended up with nothing.

Steve Pomeranz: But anyway, they couldn’t break the contract. Anyway, they weren’t able to really find a legitimate reason to break this contract.

Terry Story: Correct, correct, the seller can’t get out of any contract unless there’s a legitimate way.

Steve Pomeranz: It’s an innocent situation. You’re anxious, you want to get started. You’re the seller, you go, yeah, come on the place is empty, we’ve got this deal. It’s all good. I like, I like these people. They love the house.

Terry Story: Everything’s good. We love each other. Well, it’s funny, I just had this situation and I explained to the buyer that, you know, there’s a lot of liability involved in this. Anything could happen. And she said a funny comment, she said, well, it’s not a like a two-story house. They’re not going to fall. It’s only 8-foot ceilings. But it’s not about just falling. Just anything. What if the deal just falls apart. What if you don’t get your mortgage? So now you have a half-painted house. What if she was painting the house inside purple?

Terry Story: I mean, There’s just…I can go on and on and on, liability, somebody gets hurt. Who’s responsible?

Steve Pomeranz: Here’s the thing that bugs me. Let’s say you let somebody move in or even in painting, they’re in the house continually now.

Terry Story: And then they discover things that-

Steve Pomeranz: Well, this is it, it’s the never-ending walkthrough.

Steve Pomeranz: That is such a nightmare.

Terry Story: Oh, it was hot in the house, so we try to lower the AC temperature and guess what?—the AC broke.

Steve Pomeranz: What was that? [LAUGH]

Terry Story: Yeah, no, it’s not a good idea.

Steve Pomeranz: Okay, so who broke it? Now, did they break it when they were in there? Was it already broken before they got in there?

Steve Pomeranz: You talked about liability. Or I love this, I didn’t notice this before.

Steve Pomeranz: But I think the never-ending walkthrough is enough to make people pause and go, you know what, I’ll wait the week. Wait the week before you come in, own the house, and you can do whatever you want.

Terry Story: Or what about when the buyer moves the furniture in and realizes their furniture’s too big for the living room? And they don’t have the money to buy new furniture.

Steve Pomeranz: And then, of course, you know there’s always buyer’s remorse, right?

Steve Pomeranz: So even if you’ve bought the house and you’ve closed and you go in there and, oh, I think I paid too much.

Steve Pomeranz: Yeah, so you don’t want them to have buyer’s remorse before they close and they give you your check.

Terry Story: I actually had another story where the buyer tore out the kitchen before closing, literally took the kitchen out.

Terry Story: And the deal was on life support with the lender.

Terry Story: So I mean, we got it through by the grace of God. But I was scared out of my mind.

Terry Story: It’s like, he really ripped out the kitchen without permission.

Terry Story: Yes, that was without permission. I don’t even think he had permission to be in the house, to be honest with you. But he had access and.

Steve Pomeranz: Yeah, all right stories from Terry Story. Who can tell better stories than Terry Story? A 30-year veteran with Keller Williams located in Boca Raton, and she can be found at TerryStory.com. Thanks, Terry.