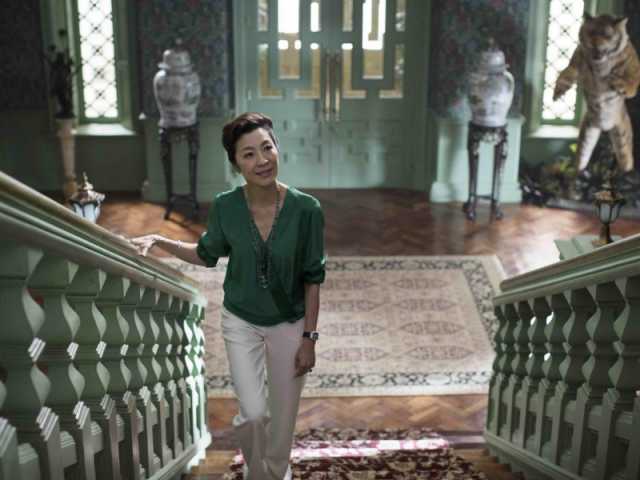 Steve kicks off this week’s Real Estate Round-Up with the impact of Trump’s trade tariffs on the housing market.  Tariffs on Canada made lumber imports expensive, with builders passing increased costs on to buyers, making new homes even more expensive.  In parallel, tariffs on China probably doused cold water on Chinese home buyers’ enthusiasm to buy homes in the U.S.

Terry gets to the root of the issue.  She notes that the Chinese buy homes in the U.S. because they are attracted to our lifestyle and infrastructure.  Chinese buyers value America’s infrastructure, freedom of speech and movement, clean water, good education, etc.  And tariffs have had no impact on the many positives that life and a home in America have to offer for Chinese home buyers.

However, with homes now more expensive—due to higher import tariffs—demand for U.S. homes has dipped a little.  So the Chinese, along with other foreigners, are still buying homes in the U.S., but just not as much as before.

Steve notes that the number of ultra-wealthy Chinese with $30 million or more is growing pretty dramatically.  There are more ultra-rich people minted each year in China than in the U.S.  These ultra-rich Chinese tended to buy luxury property in the U.S.

However, a corruption crackdown in China, along with new U.S. laws on reporting cash purchases, appears to have tempered the purchase of luxury homes.  As a result, Chinese home buyers have gone down the food chain and are purchasing lower-cost properties in the U.S.

Next, Steve switches gears to questions he’s been asked lately on timeshare properties. Here’s one of those questions:

“I was wondering what happens to my timeshare when I die.  I’ve been trying to put my affairs in order to avoid my family having an issue after I pass.  What happens with a timeshare when you have your money in joint tenants or single ownership?”

In answering the question, Terry clears a common misconception.  She notes that with a timeshare, you merely own a timeslot to use that property; you do not own the property itself.

After you die, rights to use your timeshare simply pass on to your designated heirs.  So get together with an estate planner and include your timeshare as an asset, with clear direction on who gets to enjoy it after you are gone.

For example, if you have a one-week timeshare in week 23 on Unit #702, your designated heir gets to enjoy the property in that timeslot.  Like you, your heirs have no ownership on that property per se.

Steve lists another listener question on property use by survivors:  “My father lives in a condo that he, myself, and my sister all own as joint tenants, with rights of survivorship.  He just got married, and I’m wondering what his new spouse’s rights will be regarding the property.”

This is different from tenants in common.

Let’s say John and Mary own a property, with a 50/50 equal share.  They own that property as tenants in common.  Now, after one of them dies (say John), John’s designated heirs, usually the spouse or a spouse and children, get John’s interest in that property.  That’s the right of survivorship.

Steve likens tenants in common to what typically happens with business ownership.  Say Jack and Jill owned a business 50/50, and Jack passes away. Well, Jack’s 50% now belongs to his heirs.  Jill retains her 50% ownership of the business but does not have a claim on Jack’s share.  To own 100% of the business, Jill would have to buy Jack’s 50% if the heirs are willing to sell.

Another listener asks: “What if I have a property that’s joint tenants with rights of survivorship, but the mortgage is in my name.”

If you have questions on real estate, head over to Real Estate Round-Up to get up to speed on the weekly real estate buzz, review past questions, and post your own question for Terry Story.

Steve Pomeranz: It’s time for Real Estate Roundup. This is the time every single week we get together with noted Real Estate Agent, Terry Story. Terry is a 30-year veteran with Keller Williams located in Boca Raton, Florida. Welcome back to the show, Terry.

Steve Pomeranz: We are in the middle of some tariff wars, and you would think that the tariffs themselves wouldn’t have much to do with buying and selling homes. I mean, we know that prices of homes have been rising because of the rising costs of the commodities like lumber and other things that make up the components of a home.

Steve Pomeranz: But the tariffs, and I’m speaking specifically of tariffs against the Chinese, what effect has it had on the Chinese buying homes in the US?

Terry Story: Well, both positive and negative. First of all, you have to understand why are the Chinese wanting to move here?

Terry Story: Our lifestyle. We have clean water, we’ve got great education, so that’s the number one reason why they’re coming over here. It’s really lifestyle. Now it’s gotten more costly. They’re still buying, but they’re just not buying as maybe as expensive of a home that they originally were.

Steve Pomeranz: But the home is less important. It’s not that it’s not important-

Steve Pomeranz: … But it’s less important than actually getting to the US and getting into this lifestyle. The diversity of cultures, again, the ability, kind of the freedoms to move around-

Steve Pomeranz: … And also the quality of life, education, clean air, and food and the like.

Steve Pomeranz: Okay, that’s pretty interesting. Now we also know that the class of the ultra-wealthy Chinese, which are considered people with 30 million dollars or more is increasing pretty dramatically. What effect is that having on the purchase of homes here in the US?

Terry Story: They’re outpacing us for sure in the ultra-wealthy category.

Terry Story: A higher percentage of them-

Terry Story: Versus us here in the United States.

Steve Pomeranz: So they have the bucks to come in.

Terry Story: They have the dollars.

Steve Pomeranz: But they are purchasing lower-cost properties in the US than they were, rather than the luxury properties they were initially investing in, it’s kind of moving downstream a little bit.

Steve Pomeranz: Okay, that’s very cool. All right, so I want to ask you a question.

Steve Pomeranz: And this is kind of a series of questions that has to do with title, ownership, and what happens when you die.

Terry Story: Sure. Well, first of all, you won’t be going to your timeshare anymore.

Terry Story: So what happens to the property? First of all, you need to get together with an estate planner.

Terry Story: And it’s treated like any other property. What I didn’t realize before this article, Steve, was exactly what a timeshare was. There’s a misconception as to what it was and I had the same misconception. The misconception is that owners share the property but can only use it at a certain time.

Steve Pomeranz: Okay, hold on. Hold on. It’s a timeshare.

Steve Pomeranz: Right? So it’s not as if everybody owns a little percentage of the property. You own your piece, but your piece is made up of time.

Terry Story: That’s your ownership. So that can pass down.

Steve Pomeranz: As far as this question is concerned because it’s a simple pass through to the next generation wherever your heir may be.

Terry Story: So that wasn’t so …

Steve Pomeranz: That was pretty interesting.

Steve Pomeranz: All right, but here’s another question: “My father lives in a condo that he, myself, and my sister all own as joint tenants with rights of survivorship. He just got married, and I’m wondering what his new spouse’s rights will be regarding the property.”

Terry Story: Sure. Well, you first have to understand what right of survivorship means. Normally when you have multiple people owning property, they all own an equal share, unless it’s otherwise agreed in advance. So, for example, let’s say you have two people, John and Mary, they own a property. One passes, it’s generally 50/50. It goes into what’s commonly known as tenants in common. And then what happens there, if one of them dies, the person’s heirs, usually the spouse or a spouse and children, will get the interest in that property.

Terry Story: In that scenario.

Steve Pomeranz: And you had a partner.

Steve Pomeranz: And you both owned the business 50/50 and your partner passes away. Well, that 50% belongs to your partner and his heirs.

Steve Pomeranz: But you own your 50%, and then you can actually buy it from them if you want to, but they own it and can pass that 50% down.

Terry Story: To someone else, correct.

Steve Pomeranz: That’s tenants in common, and tenants by the entirety is another way of saying that, where they own 50% of the property.

Steve Pomeranz: All right. Now there’s joint tenants with rights of survivorship, which is different. Tell us about that.

Terry Story: Correct. So in joint tenants of survivorship, since the other co-owners get full ownership, there’s nothing left to go to the heirs.

Steve Pomeranz: Go ahead. That’s right. So a husband and wife or two partners, one passes away, it’s joint tenants with rights of survivorship, 100% of the property goes-

Terry Story: To that person.

Steve Pomeranz: … To the surviving person.

Steve Pomeranz: So there’s nothing left.

Terry Story: So there’s nothing to-

Steve Pomeranz: So here’s another question: “What if I have a property that’s joint tenants with rights of survivorship, but I own the … the mortgage is in my name.” That gets a little complicated, now.

Steve Pomeranz: What happens then?

Steve Pomeranz: It’s not my mortgage.

Terry Story: It wasn’t in my name. Not my mortgage. Well, there’s a problem here. You do not owe the bank, however, your property that you’re living in is the collateral.

Terry Story: Therefore, the bank is going after the collateral in the form of a foreclosure.

Terry Story: And then they’re going to kick you out of there.

Terry Story: Let’s review. You must pay that mortgage.

Steve Pomeranz: Yeah. They’re going to take the house because the bank owns it.

Terry Story: The bank owns it.

Steve Pomeranz: The bank’s going to get their money either way.

Steve Pomeranz: So there’s no wiggle room, there’s no way to get out of something like this.

Steve Pomeranz: But the bottom line is, the answer is, that if the person whose name is on the mortgage passes away, the bank looks at the house, says, “What’s the collateral? We want to get our mortgage money back. We’re going to foreclose on you, get our money back, and sayonara.”

Steve Pomeranz: Okay. My guest as always is Terry Story, a 30-year veteran, sorry, with Keller Williams located in Boca Raton, Florida, and she can be found at TerryStory.com. Thanks, Terry.