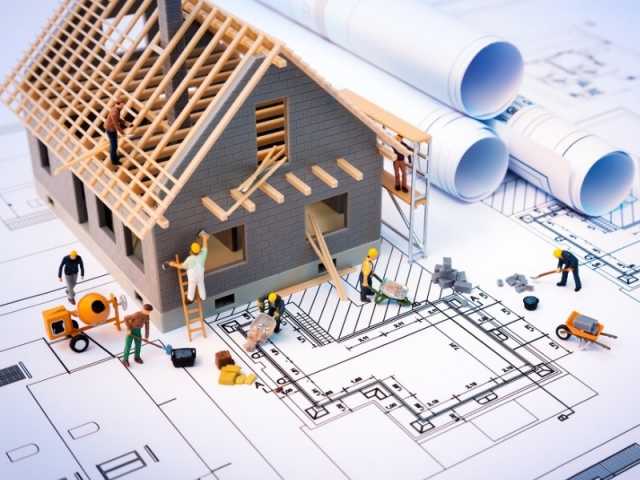 Terry Story joined Steve for their weekly chat on all things housing-related. The big news was that the Federal Reserve had announced this week that it intends to be “patient” regarding future interest rate changes. The central bank cited the slowing global economy as being a major motivation for this policy.

With interest rates still at a fairly low level, housing remains very much a buyer’s market, even taking into account the areas of the country in which prices are inflated. Indeed, Terry indicated that the level of market activity has been quite rampant in recent weeks.

However, even in this climate, Terry emphasized that it’s vital to ensure that houses are priced realistically. It’s easy for the green-eyed monster to take over, and for us to set an unrealistic price tag for our beloved homes. Pricing to sell is always the best strategy, according to the market veteran.

Steve and Terry then discussed affordable housing and the difficulties throughout the decades beginning in the 70s and 80s inherent in this particular social service. This led to a discussion of factory-built homes, with Steve explaining that these are now so much more advanced than the trailers that the name tends to conjure up. However, both also noted that tornadoes can be an issue with these homes! Another possibility for affordable housing is communal living, a financial and lifestyle choice than many Americans are making nowadays.

Renovation mortgages were also discussed. These involve rolling some of the costs for renovating a home into the mortgage associated with it. It can be used for major renovations such as adding a room to the house or just updating a kitchen or bathroom. Terry explained that applying for a renovation mortgage can be a slightly involved process, requiring collaboration with contractors. In the end, it’s usually worth the trouble since it can help maintain the livability and value of the home without requiring a ton of capital.

Terry discussed some of the eco-friendly features that are requested more frequently by homeowners in today’s market. Along with better air-filtration systems, those seeking a green home environment often ask for LED lighting, rainwater collection systems, and, in some cases, even wind turbines.

Changes in our culture eventually alter the nature of the real estate market and, according to Terry, that’s what makes it all so interesting.

Steve Pomeranz: Okay, it’s time for Real Estate Roundup. This is the time every single week we get together with noted real estate agent, Terry Story. Terry is a 30-year veteran with Keller Williams located in Boca Raton, Florida. Welcome back to the show, Terry.

Steve Pomeranz: So the Federal Reserve said last week that in light of the slowing global economy and last year’s financial market turmoil that the Central Bank intends to reman, quote, patient in determining when to make future changes in interest rates. And we have seen interest rates come down now.

Steve Pomeranz: Which is good, I mean the mortgage rates are now standing where?

Steve Pomeranz: It was over 5% maybe a year ago or maybe not quite, nine months ago, it reached that end. We’ve done segments which have explained how every quarter of a point, rise and rates, knocks out so many thousands of people.

Steve Pomeranz: Millions of people forfeiting the ability for them to afford a house.

Steve Pomeranz: Now with that coming down, it lowers your monthly payments so more people can buy a house. That’s a good thing.

Steve Pomeranz: Yeah. So, what kind of activity are you seeing?

Terry Story: And I can’t emphasize it enough.

I’ve got some sellers that are very upset, the house isn’t being shown and I have other sellers that are dancing all the way to the bank. What’s the difference between the two products because they’re both being marketed in the same way, same agents, same basic marketing. Is it the price, condition, or location? And if it’s condition, you can adjust it by price or enhance the price

Terry Story: You certainly can’t pick up and move it, so those are the linked variables. So if you’re out there listening to this and your house isn’t moving, see what needs to be enhanced or adjusted pricewise.

Steve Pomeranz: That’s good advice. Changing the subject here, there’s been, decades past, this big move to create affordable housing. That’s something that was very obvious in the 70s and the 80s, when the government came in and they created these huge projects, then promptly they built them and they left and they started to deteriorate. But this day and age, these affordable housing projects, which are very important now, because teachers and firemen and others, nurses should live in the areas close to where they work.

Terry Story: The cost of a single-family home, a big portion of it has to do with the, you know, taxes the federal and state local regulation fees. So by like 25 percent, so even if they were able to do something there that would really bring down but now the cost, of course,

Terry Story: Right, smaller communities that would fit in.

Steve Pomeranz: Right, right, good. Okay, so, moving right along. Continuing on this idea that the housing market is constrained because prices are higher and higher, and especially so for the lower-price houses, there are less of them around Freddy Mac—which is the quasi-government organization that handles mortgages and the like—economists estimate that the US could use almost five million more housing units. And they’ve come up with some ideas, they call this outside the box solutions for those people who are looking for affordable housing but can’t afford to buy a regular homestead.

Steve Pomeranz: So one of them is factory built homes and, you know, it’s a fancy word for maybe trailers, but they’re not trailers any more-

Terry Story: No, not today. You know, some of the manufactured communities that I’ve seen, I mean they are really nice. We’re talking some of them are gated, they have community pools, the properties are kept up really nice. It would be something you’d be proud of. The only difference is the homes are manufactured.

Steve Pomeranz: So they’re made in a third party location and then they’re brought in. And I think to all degrees, there is your typical trailer type, but also they look like homes. A lot of these houses look like homes.

Steve Pomeranz: The only problem with these manufactured homes-

Terry Story: I know what you’re going to say.

Steve Pomeranz: Is the tornados. [LAUGH]

Terry Story: Absolutely, so if there’s a tornado, it’ll find it.

Terry Story: That would be my only hesitation in buying. So it’s like, if I buy one [LAUGH] The tornado’s going to come.

Steve Pomeranz: You know, it can’t be true.

Steve Pomeranz: But it sure seems like it, okay. One of the other options is something called communal living and this type of housing, a community land trust owns and retains ownership of the land, and then offers long-term leases to homeowners. I’ve never heard of that, but it sounds interesting.

Terry Story: No, I haven’t heard of it either.

Steve Pomeranz: And then finally fixer-uppers, well, that we all know about. But now you can roll the cost of a fixer-up into what’s called a single-renovation mortgage. Have you seen those?

Terry Story: Absolutely. And a lot of people aren’t familiar with them. There’s the FHA or FHA 203C, and, basically, you can roll in some of the costs for renovating a home. And then there’s also one for conventional. You can actually get a loan. So, basically, it’s not, everyone thinks of it as a house that’s deteriorated, that it’s a complete dive. We’re talking about upgrading your kitchens, baths. It is a little bit of a process, in at least 45 days you have to have a contractor go in during your inspection period and write up the proposals.

Really what you’re doing, Steve, is you’re adding the cost. So let’s say you’re going to get a $200,000 home and the amount of repair is 30,000-50,000. You’re adding that into the mortgage. So the appraiser will come in and appraise it based on those improvements.

Steve Pomeranz: Oh, it will appraise based on the improvements.

Terry Story: Yea. So basically, that way you’re able to get the financing for it.

Steve Pomeranz: Yeah. I was wondering about that because if they’re going to take a $200,000 house and you can have a $30,000 or more mortgage, it may not appraise.

Terry Story: Right. No. The appraiser is already factoring in-

Terry Story: And comparing it to the house with those features.

Steve Pomeranz: Interesting. So you’re doing this daily back and forth.  When a buyer asks you that I want a green home, what does that mean to you? What do you think they’re talking about?

Terry Story: I usually do a Scooby-Doo. Hmmm? Actually, what they mean about a green house, not the color of the house, they’re referring to energy efficiency quality.

Steve Pomeranz: Quality of the air to be filtered.

Steve Pomeranz: Yeah, and it doesn’t sound that exciting, but one thing I did notice…

Steve Pomeranz: Okay, outside, well, the LED lighting, LED lighting, because it’s so energy-efficient. However, there are aspects that they don’t want in order for this to be green. I think this is the most important part of our discussion.

Terry Story: They don’t like wind turbines. I thought those were pretty cool. Takes the heat out of the attic. Rainwater collection systems-

Steve Pomeranz: Yeah, which you and I talked about. We saw that in Bermuda one time.

Steve Pomeranz: I mean, we both noticed that, we were not together, of course, but that really did stick with me how efficient it was-

Terry Story: How cool that is.

Steve Pomeranz: Yeah. But my favorite one—we’re running out of time, is that people don’t want a roof partially or completely covered by plants.

Terry Story: Yeah, don’t think I do either.

Terry Story: It attracts animals and vermin and everything else.

Steve Pomeranz: Who knows what, you feel like a hobbit or something, right?

Steve Pomeranz: Anyway, my guest, as always, is Terry Story, a 30-year veteran with Keller Williams located in Boca Raton Florida, and she can be found at terrystory.com. Thanks, Terry.