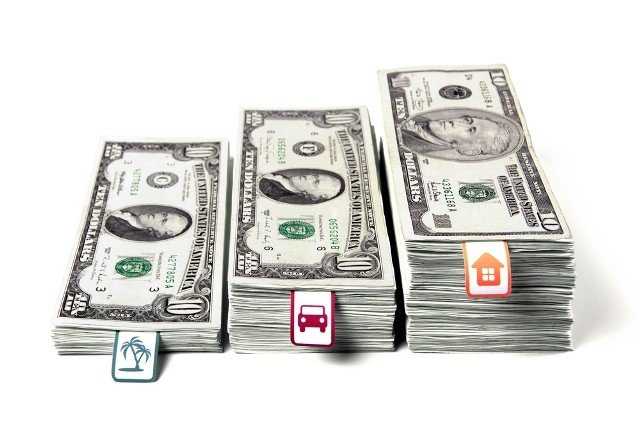 In this week’s real estate roundup, Terry and Steve discuss some hidden perks of home ownership.

Depending upon where you live and which insurance company you have, owning a home can actually get you a lower premium. Liberty Mutual, for example, charged an average of $307 more per year for auto insurance for non-home owners and, with the exception of Geico, this is across the board.  In Tampa, Allstate charged renters 19% higher than homeowners. The correlation for the insurance company is that ownership equates with stability, financial ability, and with being a safer driver.

So why are some renters fearful of purchasing a home? According to Terry, it’s mostly because they believe they won’t qualify for a mortgage and/or won’t have enough money for a down payment.  The reality though is that a 20% down payment requirement is no longer the norm, in fact, with FHA, a 3-5% down payment is feasible. In addition, special programs, such as FHA203K, exist, which allows home renovation costs to be built into a mortgage.

Switching gears, Steve addresses the idea of buying a home for the purpose of renting it out. This makes perfect sense, Terry says, if you purchase in a good real estate investment area, such as a college town, with a steady flow of people needing housing.

As a closing word of advice, Terry warns against not taking out or dropping hazard insurance. Experience has shown this to be a foolish and potentially devastatingly costly mistake.

Steve Pomeranz: It’s time for Real Estate Roundup. This is the time every single week we get together with noted real estate agent Terry Story. Terry is a 26-year veteran with Coldwell Banker located in Boca Raton, Florida.  Welcome back to the show, Terry.

Steve Pomeranz: One reason to own a home that you never think about, but based on the research you’ve provided, is that you get cheaper car insurance.  How do those two relate to each other?

Terry Story: It depends on where you are and what insurance company, but interestingly enough, that is true.  For example, Steve, a study was done and found that premiums average 7% higher, about $112 per year, for people who rent rather than own.  They’re penalizing you if you don’t own a home.  For example, Liberty Mutual penalized renters on average $307 per year.  Pretty much all across the board, these insurance companies, if you don’t own a home, are penalizing you.  The only one that didn’t seem to do this, and, I hate to push names out there is Geico. Then the only other place where they saw premiums decrease was Chicago where Allstate lowered rates by 11%.

Terry Story: These are high amounts.

Steve Pomeranz: Yeah, so I guess the insurance companies are making a correlation between the fact that if you own a home, you’ll have a certain financial ability, a certain stability in your life and, therefore, you’re probably a safer driver in some way.

Terry Story: Yeah, I guess or they want both policies.

Steve Pomeranz: Oh, maybe that’s the case.  Here’s another thing, why are so many non-owners, people who don’t own a house, why are they so afraid to buy?

Terry Story: The number one reason is they believe that their credit score isn’t good enough.  Until you run your credit score and find out, the credit scores, what they’ll allow for mortgages, is becoming more lenient.  It was super strict, but there’s lots of new mortgage programs out there.  Then the second reason is they just don’t think they have enough down payment money.  When you survey these people, a lot of them believe that you need 20%, but, in reality, Steve, with FHA you can get mortgages between 3 and 5% as a down payment.  It’s not out of the question.

For some people that got burned during the height of the market, they had filed bankruptcies and foreclosures.  They don’t quite realize they don’t have to wait 10 years to get a new mortgage.

Steve Pomeranz: Yeah, so really it sounds to me, and this is a shame if it’s true, that it’s more misinformation than anything else.  It’s very easy to get your credit score these days.  Actually, if you have a bank account, most banks are offering that, or a credit card, they’re offering a credit report.  Even if it’s not available through your bank, it’s very easy to go online and find a free credit report, so that shouldn’t stop you.

Anyway, if one reason you’re not buying a house is you don’t think you qualify, you should check out the facts because things have changed in the last 5 years.  That’s for sure.

Steve Pomeranz: Now talking about getting a mortgage, people are using what are called renovation mortgages for their homes.  What are those?

Terry Story:  Steve, for some people they don’t realize that they can get money built into their mortgage so that they can renovate homes.  There’s a lot of fixer-uppers out there, and people are afraid, “Well, I don’t have the cash to renovate the kitchens, the bath.”  However, there are special programs, it’s called, one of them,  FHA203K.  Basically, what they do is you send an appraiser out there, they build in that additional cost.  Let’s say it’s $20,000 to redo the kitchens and baths, they’re going to build that into your mortgage so that you can finance the home at a renovated value.

Steve Pomeranz: All right, so there is money available.  This all goes along with this idea that if you haven’t really thought about the mortgage market or the housing market in a long time and you’re making certain assumptions about way things are.  They are changing, and they’re changing quite rapidly.  Don’t do the wrong thing based on misinformation, that would be a real shame.

Terry Story: Yeah, this is real estate investment spots, and there’s some good returns depending on where you are in the country and you’re looking at.  For example, in the Gainesville area, if you own a home there it’s easy to rent out to college students.  You’ve got a constant flow of tenants and they’re turning out good returns like 10%.  Now that doesn’t mean every college town across the country this will work for.  If you’re looking at say, Arlington, Virginia area, you’re looking at like a 3.58% return.  It’s not …  Even Orange County, North Carolina.

Terry Story: Right, but if you’re looking to make investments, college towns are not a bad place to look into.

Steve Pomeranz: It makes sense because you kind of have a built-in demand and, especially for rentals, because these young people are going to rent, they’re not going to own.  If you’re smart about it and you learn the business, and you set up a good business, and you’re willing to spend the time and do the hard work, probably sounds like a profitable venture could be had.

Terry Story: That’s right, and a lot of parents will buy a house, let their kids live there and have their friends live in it and pay rent.  Hold on to it for several years.  It’s not a bad way to go.

Steve Pomeranz: Here’s the last question for you.  This is a real estate Q&A that you provided to me. It’s titled, “Don’t Be Tempted to Ditch Insurance.”  It’s a question that states this: “We are snowbirds and have a condominium in Fort Lauderdale, Florida, and we stay 5 months a year.  We keep nothing of real value in the property and don’t have a mortgage.  We’re thinking about canceling our hazard insurance on the property to save $700 a year. Is this a good idea?”  What’s the answer?

Terry Story: Terrible idea, don’t even consider it.  Your property insurance covers more than just your furniture, it’s flooring, drywall, appliances if there’s a fire or flood.  My own sister her toilet overflow. She was  gone for a year, canceled her insurance, and it flooded out.  It cost her thousands of dollars to replace the flooring, furniture, etcetera.  Not a good idea.

Steve Pomeranz: Okay, all right.  As always, Terry Story is with me for our Real Estate Roundup. Terry is a 26-year veteran with Coldwell Banker located Boca Raton and can be found at Terrystory.com.  Thanks, Terry.