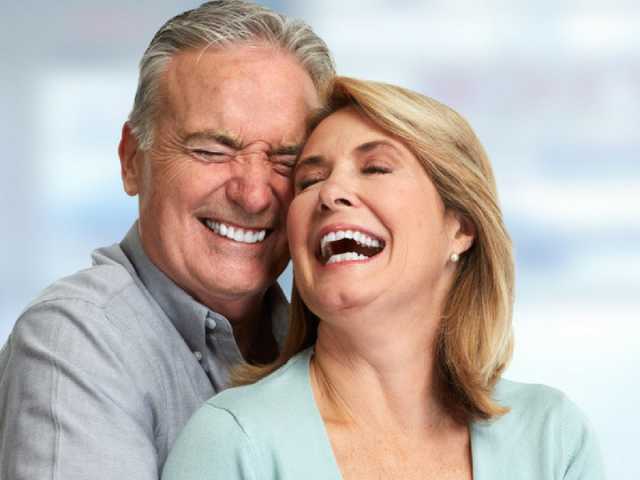 Can A Real Estate Agent Turn You Away Based On Who You Voted For?

This week on Real Estate Round-up, Steve asks Terry if it’s illegal for real estate agents to refuse services based on political affiliations.  Terry explains that according to the Fair Housing Act of 1968, political status is not a protected class.  While race, religion, and color is protected, your real estate agent has the right to refuse services based on whom you voted for.  Terry recommends leaving politics out of a sale and remaining neutral, as you never know whom you could be excluding.  She also warns that just because the Fair Housing Act doesn’t cover political views, you could be in violation of the First Amendment.

Parents!  Consider This Before Buying Your Child A Home

According to a recent study, 30% of parents in the United States are helping to buy their child a home.  Terry and Steve discuss 3 ways parents can go about this.

Option 1 is to hold the mortgage, making the parent “the bank”.  However, Steve and Terry warn parents they need to be sure to consider what might happen if the child stops paying.  As Steve points out, foreclosing on your child isn’t likely, so it might not be the ideal option should your child decide to stop making payments.

Another option for lending is to co-borrow, where parents split the mortgage with their children.  This could also lead to problems for the parents if the child stops paying as everything will be in the parents’ name.

Steve and Terry conclude that gifting the money for the down payment is the best option. Getting your child started with a down payment of say, $15,000, can make a big difference.  Terry warns against just handing the money over and advises working with a professional mortgage broker.   Consider treating this like a business transaction by documenting the gift and creating a contract.

Parents Are Downsizing So Their Kids Can’t Move Back In

Are parents making down payments on their kids’ home just to get them out of the house?  According to Terry, she worked with a family of five children.  Once the children were all out of the house, the parents downsized to a two bedroom to ensure that no one could move back in.  Parents, this might be something to consider!  Not to mention going into retirement and downsizing to a smaller home or apartment might make sense depending on your financial situation.

Steve Pomeranz: It’s time for Real Estate Round-Up. This is the time we get together, every single week, with noted real estate agent, Terry Story. Terry is a 29-year veteran with Keller Williams in Boca Raton, Florida. Welcome back to the show, Terry.

Steve Pomeranz: I have a very sensitive question to ask you.
Is it legal for a seller to say No Trump Supporters and be able to not sell to anyone who says they support Trump or Hillary or any other politician.

Terry Story: [LAUGH] The question is it illegal versus?  I don’t think it’s a smart idea, but according to the Fair Housing Act of 1968, that’s not a protected class. Protected class would be race, religion, color.

Terry Story: Family status. But, your political status is not. I don’t think it would be a good idea to do, although in this particular case, it did draw a lot of attention, it made national news. So, if you use that as a marketing strategy to try to draw attention to your house, it might work. But I seriously don’t suggest doing something like this. I’ll also tell you, Steve, when I put people’s homes up for sale, a lot of people support the Gators or the Seminoles, or the University of Miami.

Terry Story: I ask them, you’ve got to take that all down. You really don’t want to go overly religious in your house, you don’t really want to go sports. You definitely don’t want to go politics. I’ll go into teenager’s rooms and they’ll have posters of the bikini swimsuit girls or the firemen calendars. All of that really, no.

Steve Pomeranz: Take it down.

Terry Story: Take it down. You don’t know who’s walking into your house.

Steve Pomeranz: Be smart you know, take the point of view of the buyer. So, think of the buyer who wants kind of a clean landscape to look at, so they can put their own stuff in there.

Terry Story: Or not like the posters, but no, don’t go there.

Steve Pomeranz: Getting back to this idea of whether it’s legal or not, there was one attorney who said that denying based on politics is an unlawful, contractual term that he says violates the first amendment.

So, while it’s not the fair housing act, you can make a case that it may violate your right to free speech.

Steve Pomeranz: We’re not lawyers, so we don’t know. I thought it was pretty interesting. So, a large percentage of parents are helping their children buy their home, about 30%, you told me, out there. What are some of the ways that parents can help grown kids actually own a home?

Steve Pomeranz: All right, so an outright gift is one thing.

Steve Pomeranz: I think it’s important before we get into the other two though, to mention that you need to treat this as an independent business transaction. So you need to have a contract.

Steve Pomeranz: You need to document the gift, and you need to consider the other siblings as well. You want to make sure that you’re treating them all equally.

Terry Story: That’s right. You give one to one, you better be prepared to give to the others.

Steve Pomeranz: That’s right, and there is some evidence that suggests that you should disclose this gift to everyone in the immediate family.

Terry Story: It depends on your family.

Steve Pomeranz: It’s not a secret, I mean if you’ve got a family that’s talking to each other [LAUGH] at the moment.

Terry Story: They’re going to find out about it, the siblings will know about it.

Steve Pomeranz: That’s right. But the bottom line is you want to treat this as a separate business transaction, and everybody’s got to be pretty serious about this stuff. So, that’s gifting money. Let’s talk about the next one…

Steve Pomeranz: So, if you’ve got the money and you can hold, let’s say, a $250,000 mortgage or something, and so you are now the bank as a parent.

Steve Pomeranz: So now every single month, you’re expecting to get a check [LAUGH] For PNI.

Steve Pomeranz: I don’t know. You’re not going to escrow, so they’re going to have to pay that separately, which is another point.

Terry Story: No, that’s another. Yes.

Steve Pomeranz: So what if one month is missed?

Terry Story: You can send them a letter. A notice a default. [LAUGH] Then you get, mom, I’m not feeling good. I’m sorry, I’m late, I’ll get you the money.

Steve Pomeranz: Yeah, but take it all the way down to its final end there.

Steve Pomeranz: You’re going to foreclose on your kid? I mean, really? I mean, that’s bad.

Steve Pomeranz: So, probably not a great idea to hold the paper on.

Terry Story: No, I would not recommend it. Do not lend money to family.

Steve Pomeranz: Okay, and then the third one is co-borrow, so now you are on the hook with X, Y, Z bank as a co-borrower. So you’re saying to your child, you’re paying the principal and interest every month and all of that. If the child misses now…

Terry Story: And you may not know about it, and I’ve seen this play out. And the next thing you know, the house is in foreclosure, and you’ve totally ruined the parent’s credit and everything else. So, I would-

Steve Pomeranz: So we’re kind of settling on the gifting thing.

Terry Story: Although, if they’re living at your home [LAUGH], it  may be worth paying to get them out and no matter what the cost.

Steve Pomeranz: That’s not a gift, that’s a bribe. Here’s $25,000 to get you out of my house. I don’t know. [LAUGH] Okay, one last question here. Let’s talk about this idea that when a person gets of a certain age and they’re empty nesters or maybe there’s a divorce, the question is, is it a good idea to stay put or to downsize, what say you?

Terry Story: I say you really have to look at your financial situation; what makes the most sense. And you have to understand why people are struggling with this. To me, it’s an easy decision. Well, I’m just going to downsize, I’ll save the money. It makes sense. But then there’s the, “well, you know, I have grown children and they may have grandchildren and I want my house to…be come back and hang out.”  Others have told me, and I just had someone say this to me last night, “We intentionally bought a two-bedroom home. We have five children; we don’t want that opportunity to even exist.”

Steve Pomeranz: As a financial planner, I’ve heard that many times.

Terry Story: Yeah, that kind of shocked me because I know this family, very loving family, but they were dead serious, and they did buy a two-bedroom house for that very reason. So, these were things you need to consider.

Steve Pomeranz: If your parents buy a one-bedroom apartment.

Steve Pomeranz: I think it doesn’t take a big stretch for you to figure out what that message is.

Terry Story: Without a pullout couch.

Steve Pomeranz: [LAUGH] No pullout couch, exactly. But we don’t have much time, but there is the idea, basically, if you think you’re going to save money, you don’t really want to have to take care of a big house, but it’s more complicated than that. So, talk to your realtor.

Steve Pomeranz: And you’ll get all of the facts that you need, in order to make an informed decision talk to your-

Steve Pomeranz: CPA exactly. My guest as always is Terry Story, a 29-year veteran with Keller Williams located in Boca Raton, and she can be found at terrystory.com. Thanks, Terry. 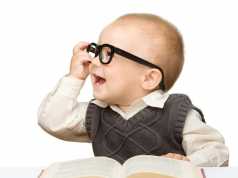 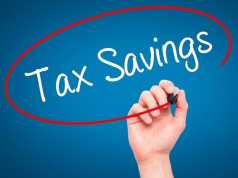 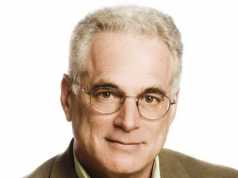 How Baby Boomers Are Changing Retirement