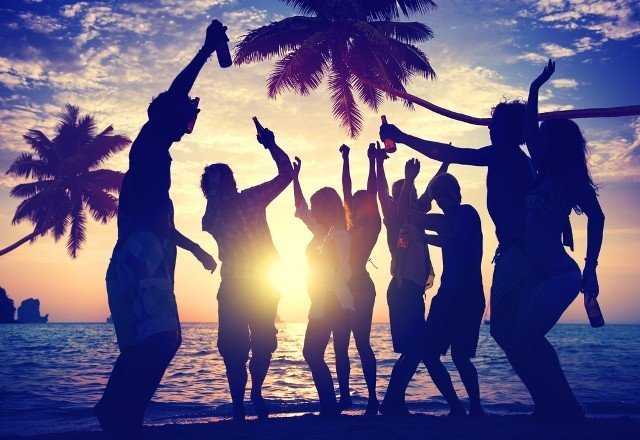 Rising home prices and low inventory make for a less than ideal real estate market, especially in spring, traditionally the best time to buy and sell. A conflict exists between Baby Boomers who want to relocate to a smaller space but can’t until they sell their existing home and Millennials waiting for these same homes to empty out so they can move in and often renovate to more modern specifications. However, Terry expects the strong economy to even things out once these springtime buyers and sellers get serious.

Terry says that surprisingly about two-thirds of new home buyers prefer the suburbs to the city centers.  She also addresses some of the issues facing condo owners, for example, laws concerning dog-friendly space.

Steve Pomeranz: It’s time for Real Estate Roundup.  This is the time every single week we get together with noted real estate agent Terry Story. Terry is a 26-year veteran with Coldwell Banker located in Boca Raton, Florida.  Welcome back to the show, Terry.

Steve Pomeranz: All right, here’s the thing I don’t really understand, Terry. Home prices are rising.  Why isn’t that bringing more people out of the woodwork, so to speak?  Why aren’t there more homes for sale?

Terry Story: It’s a multiple answer to this question.  Spring is right around the corner.  April first we should start to see more homes come on the market.  Traditionally, I think it’s like 37% of the single-family homes will sell in the springtime, and that’s because the majority of the people moving into single family homes are concerned about school, so school gets out, and they want to get in for the next school year.

Terry Story:  I believe that there’s going to be some inventory coming around the corner.  Now, why don’t we see more houses for sale? Steve, I can relate this to my own personal experiences.  I’ve got a ton of potential buyers that currently own homes that want to sell their home, but they’re not ready to sell their home unless they can find a house to move into.

Steve Pomeranz: Oh, oh.  Wait a minute.  Let me stop you there.  Let me get this straight.  There are potential sellers out there, but they’re all waiting for other sellers to appear first.

Terry Story: They’re like, I want to sell, I want to move, but I don’t see anything out there.

Terry Story: It’s the most frustrating thing I’ve ever …

Steve Pomeranz: Well someone’s got to …  It’s like in junior high school, you know?  The girls on one side, the boys on the other.  Someone’s got to bring these two together here.

Terry Story: Yeah, and the Fiscal Times is reporting builders aren’t building new homes as much as they should be.

Terry Story: There’s a slowdown in the distressed market.  When we had the distressed inventory, there was lots of movement going on.  Basically, people are staying put.  What’s happening is they’re going out there looking, and they don’t see where they would like to move to because nothing’s for sale, and they decide, you know, this place where I’m at is not so bad.

Terry Story: Let me put some money into and make it nicer or updated or what have you.

Terry Story: The contractors are busy, I can tell you that much, looking around.

Steve Pomeranz: Yeah, and stocks like Home Depot and the like are doing very well because people are spending the money to renovate.

Terry Story: Yep, absolutely.  I see it all over.

Terry Story: The Baby Boomer, 63% of them, would like to stay in a single- family detached home, and, of that, they would prefer to avoid second floors.  That’s for obvious reasons, or, at least, if it’s a two-story home, the master being downstairs.  A real recent trend in home building is going into the great room effect.  So many of our homes have these massive large living rooms, yet nobody ever sits in them.

Terry Story: The Baby Boomers are used to having a separate living room and family room.  63% of them would still like to have that living room, where, of course, the younger people would rather just get rid of it and use the whole living space to live in.

Steve Pomeranz: Yeah, that makes a lot of sense, and there’s more of them living together, too.

Terry Story: What buyers, what they don’t want, and I thought this was interesting, I thought they would like to be in the city, centrally located …

Steve Pomeranz: Sure, that’s what you hear.

Steve Pomeranz: Yeah, you hear that.

Terry Story: Yeah, but two-thirds prefer a home more in the suburbs, so I guess they want to get out of the hustle bustle, be a little outside the city centers, and I thought that was an interesting thing.

Steve Pomeranz: Yeah, I guess they probably want some peace and quiet.  They don’t want to be right downtown in the center of everything.

Steve Pomeranz: I wasn’t going to talk about this, but let’s, we have a little bit of extra time, so …  There’s been a lot of news reports about these homes that are hundred million dollar homes plus, plus, plus.  Are those still as popular as they were let’s say a year or two ago, or is that starting to ease a little bit?

Terry Story: Interestingly enough, during the housing recovery, about two dozen mega-mansions that were homes over a hundred million dollars were listed, but yet only four actually sold for a number over a hundred million.  There’s certainly a disappearance of that.  I mean, who could afford a house like that?  There’s not that many people.

Steve Pomeranz: It would be easy to.

Terry Story: How many billionaires are there?  You would know better than I would.

Terry Story: The places that they sold were Woodside, California for $117,000,000; Greenwich, Connecticut; East Hampton, New York.  In Manhattan, there was an apartment that went for a little over a hundred million.

Terry Story: It must be Donald Trump’s place.

Steve Pomeranz: Yeah.  It’s these brand new, I don’t know how many floors, fifty, seventy, eighty floors, and these are the penthouses on the top overlooking Central Park and the like in New York.

Terry Story: Yeah, and it’s never their primary residence.  That’s the part that kills me.

Steve Pomeranz: That’s the part that tees you off, right?  It’s their second home, and they’re only there three months out of the year.  Switching gears here, you know I love your real estate survival guide, and here’s one question that was asked.  “I picked my condo because it was dog-friendly, but it turns out that the building is dog-tolerant, but there’s no place for the dogs to have their potty breaks.”  Can a condo board allow residents to have dogs without actually providing a relief area?

Terry Story: Yeah, well, not if they want to avoid a lawsuit.  Many cities are facing this problem, passing ordinances making the association provide space for the dogs in their community.  Even if there are no local laws mandating the animal area, expanding ownership of the therapy dogs, services dogs …

Terry Story: …  That condo residents have is making this issue more prevalent, and you can see it even in our own city here.  In downtown, you see people walking.  There’s really no places for the dogs to go.

Terry Story: Yes, there going to be walking into some lawsuits if they don’t.  If they’re going to allow the dogs, they have to have an area for them to relieve themselves.

Steve Pomeranz: Right, right. Terry, what’s going on in your neck of the woods?  How is the flow going?  What kind of houses are selling?  Give me a little update on your life.

Terry Story: It’s a little bit of everything.  What we’ve experienced is a little bit of a pullback, and I’ve explained it this way.  It’s kind of like the stock market, Steve, where a stock will hit a high price and then the buyers stop buying it, and there’s a little retraction.

Terry Story: We’re seeing that in the housing market right now.  That’s what I’m seeing, but it’s not a drop.  I would call it a trend or ….

Steve Pomeranz: A pause or something.

Terry Story: We know that spring is right around the corner, and there is going to be more inventory and a lot more movement taking place.

Terry Story: The demand is there.  The economy is right.

Steve Pomeranz: All things are pointing in the right direction.  It’s not overheated.  There’s no silliness going on in the mortgage market.  It’s just really a question of that in a way the market forces do their thing.  When prices get too high, people resist, and prices come down to meet demand.  It’s the way it should be.
My guest as always is Terry Story. Terry is a 26-year veteran with Coldwell Banker located in Boca Raton, Florida, and she can be found at Terrystory.com.  Thanks, Terry.