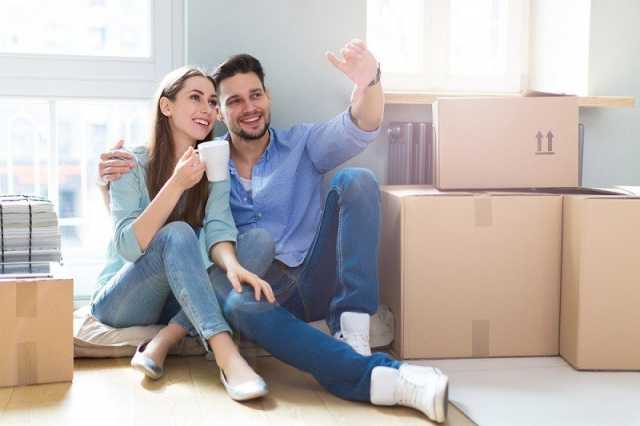 Caught in the middle of selling your old home and buying a new home?  A common situation for many of us who aren’t in the position to pay two mortgages. With 27 years of experience under her real estate belt, Terry has a formula to meet this challenge:

In Terry’s experience, rarely does it come to this last situation since, she says, something always seems to work out, perhaps because once you have a buyer, the motivation to find a new home ramps up.

We spoke with Terry recently about pricing your home so that you receive multiple offers from which to choose. If you happen to be one of those potential buyers who placed an offer in this scenario and you really want to win at this, what can you do?  Terry advises employing a bit of psychological warfare—in a friendly way, of course—by:

Timing isn’t always everything when buying or selling real estate. As Terry will tell you, a little creativity and flexibility need to go into the mix as well, whether you’re a buyer or a seller.

Steve Pomeranz: It’s time for Real Estate Roundup.  This is the time every single week we get together with noted real estate agent Terry Story. Terry is a 27-year veteran with Coldwell Banker, located in Boca Raton, Florida.  Welcome back to the show, Terry.

Steve Pomeranz: Hey, Terry, if I’m in a position where I want to buy a new home, but I haven’t sold my current home, how do I handle this difficult positioning of buying a new home at the same time I’m trying to sell.

Terry Story: Sure.  Let me tell you, this is a challenge.  It can be done.  There’s a couple of different ways you can do it.  What I tell my customers is, first, when you decide to make that decision and you know that you have to sell your house first and you’re not quite sure where you want to go, begin shopping the general area.  Decide you want this part of town, you want that part of town.  Maybe what particular neighborhoods you want.  Have an idea in mind as to where you want to go.  If you feel that you can find something in that area, then go ahead and put the home on the market.  While you put your home on the market, keep an eye on these particular areas that you’re looking at.  What happens is you get the offer on the house and now you have to panic because you’re like, “Oh, my gosh.  I’m going to sell my house and I have no place to go.”

Terry Story: That’s what everyone does.  First, try to get the buyer to give you so many days contingent upon you being able to find a house.  That would be plan A.  Plan B, maybe give yourself an extended closing.  Say, maybe instead of 45 days, make it 60 or 90 days, if the buyer buying your home is willing to do so. Plan C is the most important.  Before you even decide to make this decision to sell your home in order to buy, be prepared to go into temporary housing if you end up having to close on your house first before you can buy a house.

Terry Story: I’m talking either a hotel or 1-month rental, month to month, o better yet, a family member that you could put everything in storage and you and the kids and the dog and everybody move into your in-laws’ two bedroom condo.

Steve Pomeranz: Yes, that’s a hassle.  You’re moving everything into storage and then you’re moving again all of your stuff.

Terry Story: Right.  Now, I will tell you … I do this all the time and on a regular basis…plan C rarely ever comes into place.  What happens is when a seller decides they’re going to put their home up for sale and they really want to make that move, it seems as if something just pops up.  A house becomes available.  I don’t know why, but it just seems to work 9 1/2 times out of 10.  You just have to go in with blind faith, but you really have to have that plan C, in case all else fails.

Steve Pomeranz:Yes, the plan C is what?  Just blind faith?

Terry Story: Plan C is move in with a family friend, whoever, for a very brief period of time or a hotel.  It always seems to work out.

Steve Pomeranz: Okay.  Even though you’ve got a plan, last contingent to move in with a family member, which is probably the least thing you might want to do, something always pops up.

Steve Pomeranz: I gotcha.  All of a sudden-

Terry Story: All of a sudden you really want a house.  You don’t care.

Steve Pomeranz: It’s like when they close the bar at 3:00 in the morning.
Okay, so, what can a buyer do to handle multiple offers?  If you are a buyer and you’re competing against others, what can you do to help?

Terry Story: Sure.  This is another common problem that we’re seeing, which is actually a good problem.  If you’re a buyer, what I would suggest you do is … you know your multiple offer situation.  Write a letter to the seller stating what it is you like about the house.  Your own personal touches.  Talk about your family.  You may even attach a picture of your family, the dog, what have you.  Go it a step further.  Have each member of the family write a sentence or two as to why they want this house.  When you’re in a multiple offer situation, you’re going to find, Steve, that the differences many times between one contract or another is very thin.  They might be the same price.  There may be so many things that are exactly the same.  Something has to differentiate between selecting this particular one over another one.  Now you’re playing on the seller’s emotion.

Steve Pomeranz: A bit of psychological warfare in a friendly way.

Terry Story: In a friendly way.

Steve Pomeranz: That makes sense.  You’re differentiating yourself, I can see that.  Is there anything else you can do besides writing a letter?

Terry Story: Absolutely.  When you submit your offer, make sure you have a pre-approval.  Not just a pre-qualify.  Go that extra step.  Get your lender to even do what they call a desktop underwriting approval.  That shows that you’re probably more approved than somebody who just spoke with a lender for the first time.  Turn in your tax returns, your bank statements.  Get more of an approval on your finances. Third, in your contract, make your time of inspection period shorter.  In our area, it’s generally 10 days.  Make it 7 days.  Another thing you can do to make yourself [crosstalk 00:05:34] –

Steve Pomeranz: Why does that help?  I don’t understand.

Terry Story: Because you have 7 days to get the inspections done, that’s 3 days sooner than the next person that may be willing to do it.  You only have 7 days to back out of a contract versus 10.

Terry Story: Another thing, put as much money down as possible up front.  Many times we’ll say, let’s say you’re going to put 10% down.  A lot of people will only put $5,000 and then the balance at the end of the inspection period.  Put it all up front.  Make it look stronger.  Consider making an offer not contingent upon an appraisal.  This is huge.  This is a big step, or make a statement whereby you’ll say the house has to appraise for at least this, and if it doesn’t appraise for at least this, I am willing to make up the difference.

Steve Pomeranz: Yes, I could see how that could be a closer because so many properties are appraised, let’s say, for less than the deal.

Steve Pomeranz: Therefore, there’s the fear of the deal falling apart.  Now the seller has made this commitment to you and the all of a sudden it doesn’t appraise and then you’re saying, “I’m not going to put up the extra money.” Now you’re-

Terry Story: Back to negotiating.

Steve Pomeranz: …negotiating and that’s a nightmare.  If you’re saying, “Look, no matter what, no matter where it appraises, if it appraises under what we’ve agreed to, I’ll make up the difference.”

Terry Story: These are things that you can really make yourself stand out amongst the crowd.

Steve Pomeranz: Wow, that’s great.  That’s great advice.  You should put those into a piece and post them on your website.  I think that would be pretty valuable.  If you do that, Terry, we’ll put it on our website, too.  Onthemoneyradio.org is ours, and Terrystory.com is yours.  That would be a great thing to do. Hey, let’s change subjects here.  We only really have about 40 seconds left, but, if I am a new, first-time home buyer and I’m afraid that I’m not going to have enough money to put down, what is the minimal amount that I could put down on a home?

Terry Story: That’ll do it.

Terry Story: You can even get the seller to contribute towards closing costs and pre-paids.

Steve Pomeranz: Oh, okay.  That’s pretty interesting.  Unfortunately, we’re out of time.  We’re going to cover that next.  Things that first time home buyers can do. My guest, as always, is Terry Story.  Terry is with Coldwell Banker located in Boca Raton, Florida, and she can be found at Terrystory.com.  Thanks, Terry!