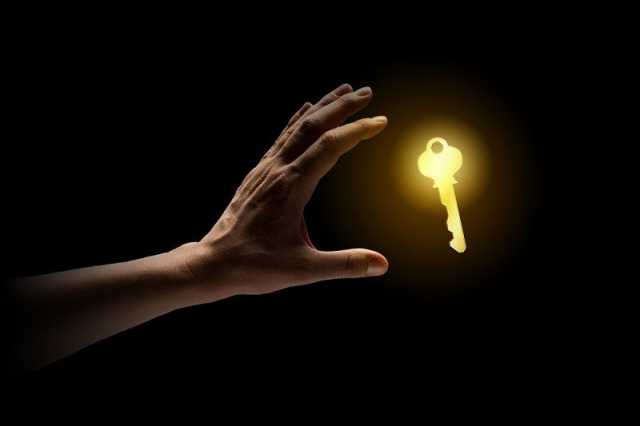 The climate today is definitely not as it was back in 2006-2008 when the real estate market was spiraling downward and many people found themselves underwater and couldn’t afford to live in their homes. One way out of that bad situation was to sell short of what was owed on the home and then appeal to the bank for loan forgiveness.

Terry says that, although not nearly as common as back in the days of the big bubble burst, short sales can still be found in the today’s real estate market.

A Bargain or a Big Mistake?

Before succumbing to the lure of the great buy, Terry has some words of caution:

What looks at first sight like the deal of a lifetime could turn out to be a big mess, so proceed with caution.

Question #1: When does an offer become binding?

If a buyer submits a strong offer that, after a length of time, is rejected, does that potential buyer have any legal recourse?

Terry’s answer is an unequivocal no, unless there is some written contractual relationship between buyer and seller, and that stands even if the listing agent conveys unrealistic expectations to the buyer.

Question #2: When is a post-occupancy agreement needed?

If the seller remains in the house after closing (and is then technically a tenant) or the buyer moves in before closing, it’s advisable to have a written agreement to protect against damages incurred either by fault of the occupant or act of God. So always be sure to have insurance and liability issues in place.

Steve Pomeranz: It’s time for Real Estate Roundup.  This is the time every single week we get together with noted real estate agent Terry Story.  Terry is a 28-year veteran with Coldwell Banker located in sunny Boca Raton, Florida.  Welcome back to the show, Terry.

Steve Pomeranz: I was thinking about short sales of homes.  First of all, are people still buying short sales these days?

Terry Story: They are, but fortunately, we don’t see a whole lot of them anymore.  But I don’t know that’s going to be like that forever.

Steve Pomeranz: What is a short sale again, for those that don’t know?

Terry Story: Basically, a short sale is when an owner of a property owes more money than the house is worth, and so they’re short-selling it.  They’re selling for less than what they owe.  That’s where the short sale term comes in.  Generally, that seller doesn’t have the funds to make up the difference between what is owed and what they can get for the house, so they turn to their bank and ask, “Hey, Mr.  Banker, will you forgive me of this debt?”

Steve Pomeranz: As the real estate market plummeted and people found themselves under water and they couldn’t afford to live in these houses, so they had to sell them short of what they actually owed.  Okay.  If I’m out there trying to buy a short sale, what are some of the errors I could possibly make?

Terry Story: Some of the buyers, typically, they’re going to ignore the obvious.  The home’s in a great part of town.  They see that the price is significantly lower than everything else in the area, so they’re real excited about it.  They start to ignore the little …  A lot of times, you’ve got to remember a short sale didn’t become a short sale overnight.  There’s a lot of deferred maintenance.  They begin to ignore the obvious, like the termite damage, the kitchen floor’s really in bad shape because they’re so excited about the price that they see on the house.

Steve Pomeranz: Everybody loves a bargain, but if you ignore—  especially with a home—if you ignore problems of this sort, that bargain can turn into an extra expense.

Terry Story: That’s right.  The next big area is skipping a home inspection.  I always tell people, “If you’re going to buy a short sale, do the inspection right away.” A lot of people, the way that the contracts are constructed, they wait to see if the bank will accept the offer, which can be four or five months from the time you made the offer, and then do the inspection.  At that point, they discover all of these problems.  The seller doesn’t have the funds to credit you for the repairs that are needed and the bank generally won’t do that either.  It’s best not to skip a home inspection, but to do it up front so that you know if you even want to pursue this property.

Steve Pomeranz: Absolutely.  Give us a couple more.

Terry Story: Ignoring legal and insurance information.  When you’re buying this home up front, find out if the renovations that may have been done to the house have already been permitted and approved.  That’s something else that’ll keep you out of hot water, then to find out several months later when the bank approves the property, assuming it won’t take long.  Steve, I’ve got to tell you, there was a time where some of these properties were taking a year to come together.  You can probably get it done in about four months.  I did one this year.  It took about four to five months.

And then falling in love with this property.  What you have to do is remove your emotions from it because, again, at the end of the day, the seller may sign the contract but the lender has to accept the terms and conditions.  Here you are, you fall in love with this house, and then the bank rejects the offer and now you’ve got all of your emotions wrapped up in this property.  I see that to be a lot of times the biggest heartbreak, is the amount of time that you have to wait and falling in love with it and now the bank won’t do the deal.

Steve Pomeranz: As soon as you fall in love with the house, you’re kind of toast.

Steve Pomeranz: You lose a lot of your negotiating leverage, but that’s what a house is for.  It’s hard not to fall in love with it.  You really have to fight that feeling.  Let’s talk about your real estate survival guide.  Here’s a question about a seller rejecting a very strong offer.  I’m going to read it.

Terry Story: First of all, we don’t know all the details to the story, but let’s take a look at the situation—the buyer’s relationship with the seller.  Any party who receives an offer, the seller can accept it, reject it, counter it, or simply ignore the offer.  In this particular case, it’s not really clear as to what the seller did.  The biggest mistake, I think, in all of this was that the listing agent implied that this was really exciting and the other agent conveyed that information to his buyer.  But if you look at the facts, the seller didn’t do anything wrong.  There’s no contractual relationship there.  There was an offer and he has those rights to accept, reject, counter, or simply ignore it.  He chose, for whatever particular reason, to go in a different direction.  There’s really, in this particular case from the facts that we’re hearing, doesn’t sound to be any fraud, misrepresentation, or any actionable behavior.

Steve Pomeranz: I think there’s an unbalanced position of these two parties.  The buyer has a feeling about the house, a desire for the house, making a strong bid for the house, and then he gets some reinforcement from the listing agent saying, “Hey, this is a really strong offer.  The seller likes it.” The buyer is very, in a sense, more invested in the process at this point.  The seller is like, “Well, I just want to get the best offer.  If one comes along, we’ll take that offer.” The seller’s not really thinking of this buyer and his offer.  There’s this imbalance.

Terry Story: That’s right.  Unless you have a counter-offer back and forth in writing and then it’s signed, you don’t have anything.  Technically, somebody at the last minute …  You verbally accept the deal and you don’t have it signed and another offer comes in that’s greater.  How do you handle that situation?  Unless it’s signed, sealed, delivered, you got nothing.

Steve Pomeranz: Okay.  I’ve got a quick question for you.  We have about a minute left.  If a seller lets me remain in a house after closing, let’s say, or a buyer moves in prior to occupancy, what should one do, post- or pre-occupancy, with regards to getting an agreement in writing?

Terry Story: Steve, absolutely put something in writing.  You can do a post-occupancy agreement.  I think the big thing is to make sure that insurances are in place.  For example, if you are a seller and you’re going to remain in the property and the property is now closed, you’re technically a tenant.  Make sure that the owner switches his insurance from homeowner’s insurance to renter’s insurance.

Terry Story: I saw this up close and personal when we had hurricane Matthew come through.  We allowed the buyer to move into the property, yet we hadn’t closed.  Here we have a hurricane coming and you certainly can’t get any kind of insurance.  Insurance and liability are going to be your biggest issues when it comes to dealing with having somebody stay in the house or move in early.  The best thing is don’t allow it to happen.  It’s nice if you want to extend that, but realize there’s some risk in it and you need to have yourself covered and you need something in writing.

Steve Pomeranz: I guess the answer is, in a sense, protect yourself from the unexpected because you’re selling a house.  You really don’t want it to get nasty and you really don’t want to be embroiled in any complications after the sale of the house.

Steve Pomeranz: My guest, Terry Story, a 28-year veteran with Coldwell Banker located in Boca Raton, Florida, and she can be found at TerryStory.com and to join the conversation, don’t forget to join us at StevePomeranz.com.  We’ve renamed our show to The Steve Pomeranz Show.  Steve P-O-M-E-R-A-N-Z dot com.  Thanks, Terry.