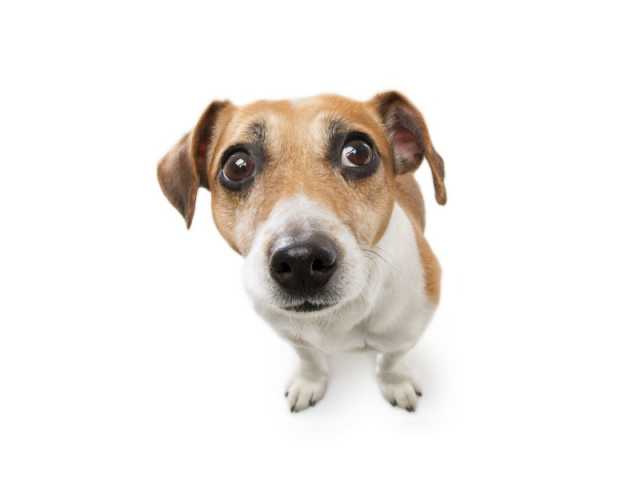 Steve kicks off Real Estate Round-Up with news that home affordability has dropped to its lowest levels in ten years.

According to Terry, homes are less affordable today because of higher prices and higher interest rates, relative to median incomes.  To be affordable, a home should cost no more than 28 to 32 percent of your overall income.

If the home affordability index (HAI) is at 100, it means that the median family income is just sufficient to purchase a median-priced home.  If the HAI falls below 100, homes are less affordable.  If it rises above 100, homes are more affordable.

Over the past few years, Terry has been talking about the lack of housing inventory.  That crisis kept seniors from selling and downsizing their homes and added to the home affordability problem.

Now, there are signs that the inventory crisis is starting to ease.  The housing market is at an inflection point.  Sellers are now looking at flattening home prices and are keen to sell before prices fall.

The rise in inventory is good news for the many buyers out there because mortgage rates are also reasonably low.

Steve notes that market tops are hard to call until they’re behind you.  Instead of timing the market, it’s best to buy or sell when it’s right for you, adds Terry.

With the lack of home affordability putting homes out of reach for many low-to-mid-income Americans, people are staying in their rented properties.  As a result, rental rates are beginning to rise after staying flat over the past few years.

Switching gears, Steve notes that the government is aware of all our financial transactions.  Our bank accounts, brokerage amounts, and stock trades are all reported.  Yet, people could anonymously buy and sell homes without the government’s knowledge.  People who earned cash did not report their earnings and used that cash to buy condos and homes.  This, in effect, was money laundering.

Now, that’s changing.  New laws require that cash transactions, over a certain amount, be reported for home purchases and buyers’ names be disclosed.  This has caused a sharp drop in cash sales in the luxury home market.

For example, in Miami, the corporate share of residential transactions has plummeted from 29% to 2%.  This drop suggests that a lot of unsavory black money was involved in the Miami housing market, driving down home affordability for average Americans.

The situation has gotten so bad that developers in Miami are now offering enhanced commissions and bonuses.  Realtors who bring in multiple buyers are being offered Teslas and Lamborghinis.

On a side note, should Terry somehow get a Tesla or Lamborghini, Steve reminds her that she’d still have to pay the tax on that fancy car parked in her driveway!

In closing, home affordability is at a 10-year low.  Even so, if you’re still in the market for a new home, the slight increase in inventory, along with still low mortgage interest rates, make this a pretty good time to lock in your purchase.

Steve Pomeranz: It’s time for Real Estate Roundup. This is the time every single week we get together with noted real estate agent Terry Story. Terry is a 30-year veteran with Keller Williams located at Boca Raton, Florida. Welcome back to the show, Terry.

Steve Pomeranz: Good, all right, getting to the issues of the day. Home affordability is dropping to its lowest levels in ten years.

Terry Story: You know it’s been a great ride. That’s, that’s what it is. It’s just expensive.

Steve Pomeranz: Okay, so, what [LAUGH] makes…thanks for that answer. What makes up home affordability? It’s prices of the home, of course.

Terry Story: It’s prices of the home. It’s the interest rate. You know, in every community and area’s different cost of living. So basically, what they do, Steve, is they come up with this formula, and they base it on a 100. Right now, it’s at…100 is, you know, affordable, right now we’re at 92.

Steve Pomeranz: The lower the number below 100 the less affordable.

Terry Story: Less affordable, exactly, so let me give you an example. Do you realize that one-third of our country can’t afford a median-priced home.

That’s a lot of people.

Terry Story: And do you know what kind of income you have to have to purchase a median-priced home in the United States today?

Steve Pomeranz: How much?

Steve Pomeranz: Most people on average, I think, they’re making around 60, 65 these days.

Steve Pomeranz: So it comes as though it’s an algorithm over this formula as you mentioned. So, of course, it’s the price of the house. Of course, it’s the cost of the mortgage. But it’s also all of that relative to your income.

Steve Pomeranz: And they measure that and they say, you know, how affordable is it because your home should only have cost a certain percentage of your overall income.

Terry Story: That’s right between 28 and 32% of your income.

Steve Pomeranz: Yeah, yeah, okay, well, that’s bad news, I guess you could say. But I understand that the inventory crisis, this idea that we’ve talked about endlessly for the last couple of years. That nobody’s selling their homes and inventory is hard to come by, the inventory price is starting to ease.

Terry Story: That’s right, and I also think because of that it’s a tell-tale sign that things are starting to flatten out. And sellers are starting to say, jeez, maybe I should get out while we’re at a high number.

Steve Pomeranz: I’m at a pretty high number, maybe I’m not going to be at the highest, I could’ve sold three months ago or something.

Terry Story: Absolutely, and it’s all really…you buy and sell when it’s right for you.

Terry Story: And the interest rate has to be factored in. We’re starting to see an uptick in inventory, which is great because we still have a tremendous amount of buyers out there that would love to pounce on something.

Steve Pomeranz: I think the way they put it is we’re at a turning point. In other words, the inventory is not declining or the rate of decline is much lower, so they think we’re at an inflection point where people are going to start to sell now.

Terry Story: Correct, and I agree. I can see it.

Steve Pomeranz: But you know you get back to this idea of affordability or unaffordability, and it points to the pricing of rentals.

Steve Pomeranz: Now the last couple of years we’ve been talking about the fact that rental prices, or the rental rate that you pay, has been flattening.

It hasn’t really been going up as much.

Steve Pomeranz: Why? Because there’s so many new units and buildings available around. But now that people are finding it difficult to buy homes, they’re staying with their rentals and that’s now starting to force rental rates to rise.

Steve Pomeranz: Everything has a cause and an affect in the financial world.

Steve Pomeranz: Okay. So, let’s talk about a manifestation of real estate that has kind of passed, gotten out from under this idea that people have to report their purchase. I mean if you buy a mutual fund or a stock, you open up a brokerage account, you’re reporting all of this stuff and the government gets all this information.

But for so many years, and we were talking about in the 1980s, especially in Miami.

Steve Pomeranz: People are able to buy a home or a condo or whatever, and be anonymous.

Steve Pomeranz: So tell us about that.

Terry Story: So basically, the way it goes is, cash buyers, it now has to be reported over a certain amount. Because of some laws that have been enacted, they’ve seen a plummet in the luxury home market because the fact that it has to be disclosed as to who is behind the corporate name.

Steve Pomeranz: They were wondering whether that was going to matter at all.

Steve Pomeranz: But the statistic here is that.

Steve Pomeranz: In Miami, where the corporate share of residential transactions has plummeted from 29% to 2%.

Steve Pomeranz: So, there was a lot of unsavory, perhaps, money.

Steve Pomeranz: In there somehow.

Steve Pomeranz: People made cash and they never reported the cash, so what do they do with it? They stick it in a condo and…

Steve Pomeranz: But there’s one note here that really caught my attention.

And I feel a little bad for you.

Steve Pomeranz: It says here that developers in Miami are now offering enhanced commissions or bonuses, such as Teslas and Lamborghinis to realtors who can bring them buyers in bulk. What are you, chopped liver?

Terry Story: I don’t know, what do you think?

Would I look better in a Tesla or Lamborghini? What’s my style?

Steve Pomeranz: I think everybody looks better in a Lamborghini.

Steve Pomeranz: But I think Tesla’s a much better car, and it’s a lot more fun to drive.

Terry Story: And I need to find out what they define as bulk because I would love to go grab some foreigners and bring them over to these complexes and get myself a Lamborghini or a Tesla.

Steve Pomeranz: Yeah, that would seem pretty nice. Of course, you know that would be taxable.

Steve Pomeranz: It’s a commission. But you don’t have the cash to pay the tax, but you’ll have the car in the driveway.

Steve Pomeranz: I don’t know, is that a good car, is a Lamborghini a good car to take clients around?

Terry Story: I think they’re hard to get in and out of.

Steve Pomeranz: They are, a Tesla is better for that anyway.

Terry Story: It would be difficult in a skirt.

Steve Pomeranz: Anyway, my guest, as always, is Terry Story, a 30-year veteran with Keller Williams located in Boca Raton and she can be found at terrystory.com. 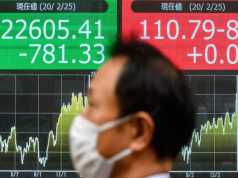