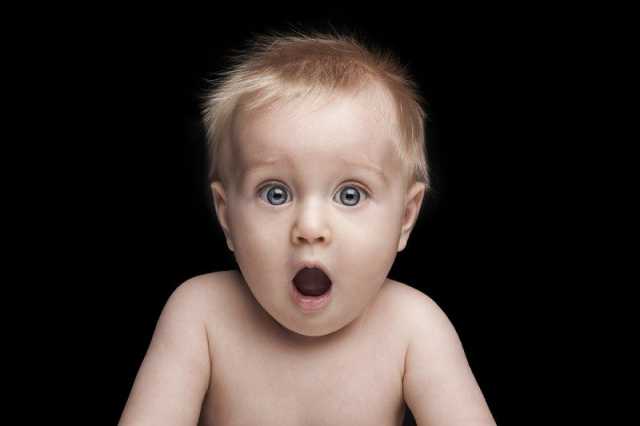 No one is going to get excited about 3% discount on a $10 movie ticket, but to buy a house with only a 3% down payment on a $250,000 mortgage could be cause for a big celebration.

Up until now, a 3% down payment on a home mortgage was only available with FHA loans and, even at that, the cost of the required mortgage insurance had gotten quite high. Recently, major lenders, such as JP Morgan Chase, Wells Fargo, and Bank of America, began offering their own version of 3% down mortgages which do not require the applicant to buy mortgage insurance. (A minimum credit score, somewhere 620 and 660, is a requirement, however.) Some of the thinking behind these large institutions easing up on mortgage requirements boils down to their desire to create lifelong customers who will be buying and utilizing other banking products in the future.

These new home mortgage products are quite attractive for the young first-time home buyer who typically could not come up with the higher percentage down-payment.

Terry’s Real Estate Survival Guide section this week addresses the importance of the seller’s property disclosure. Your real estate agent requires the seller to fill out a list informing the buyer as to what may be wrong with any part of the house, such as a faulty air conditioner or a sometime water leak in the attic. This disclosure does not obligate the seller to repair or replace anything, it simply allows the buyer to either negotiate for repairs or to accept the property as is. Not complying with this requirement can result in legal action against the seller after the sale, so it’s best to pay heed.

Terry says she’s frequently asked about the most solid or the best property investments, which presently in our South Florida area are:

From changes in mortgage requirements to finding the most desirable neighborhood for your needs and everything in-between, Terry Story always has her finger on the latest trends in the real estate market.

Steve Pomeranz: I’ve heard now that the 3% down payment for a mortgage is getting to be quite of a regular thing.  Are banks aggressively marketing these?

Terry Story: They are.  Usually they were through the Federal Housing Administration, FHA, loans.  They’re great programs, 3% down, but what’s happened is the cost to do these mortgages has gotten really high.  You’re required to have mortgage insurance and the cost of mortgage insurance has gone up.  Lenders such as JPMorgan Chase, Wells Fargo, and some other lenders, Bank of America, are now offering their own version of the 3% down, and in some cases, they’re not requiring any mortgage insurance.  In essence, what’s happening, Steve, you’re basically getting the same product at less cost.  For example, with Wells Fargo’s program, you can get down payment assistance from the form of gifts or community assistance programs.

Terry Story: Yeah.  You’re going to have to have certain credit scores.  Wells Fargo wants a minimum of 620.  They’re going to have some requirements.  The thought behind all of this, Steve, is Wells Fargo, these banks want to build customers for life, and they want to offer you something that they feel if they lend you the money, you’ll be a customer with them.  The FHA programs, these banks are reporting that they were becoming riskier and the lenders don’t like dealing with them because when they lend this money, they become on the hook, so I guess they felt that they were a little more costly and risky for their own tastes, so they’re doing their own loans.

Steve Pomeranz: Yeah, but it’s hard to believe that they would forgo the mortgage insurance because then they’re truly on the hook.

Terry Story: Yeah I know.  I thought so too, but the article I was reading, it says, “does not require mortgage insurance”, and that was the Bank of America program that was started earlier this year.  You had to have a credit score of 660.

Terry Story: I’m sure there’s something.

Terry Story: I mean, nothing for nothing.  They may not charge mortgage insurance, but there’s got to be something.

Steve Pomeranz: Wells Fargo is the biggest lender in this area and they really are good at figuring out their mortgage business.  I’m not saying they’re more advantageous than any other lender on the side of the customer, but as far as Wells Fargo is concerned.  Plus, they also work to sell as many products to a customer as they can.  My guess is that if they get you in the door with a mortgage, they’re going to try to upsell you to some other types of products.  They’re looking at the whole package rather than just the mortgage on its own.

Terry Story: Exactly, and that’s why they’re doing it.

Terry Story: When you sell your house, your agent’s going to ask you to fill out a seller’s property disclosure, which basically is you explaining what you know about the house.  It’s a series of yes/no questions and so on and so forth.  For example, a warranted item.  Let’s say your air conditioner isn’t working.  Just because your air conditioning isn’t working and you put it on the seller’s disclosure, it does not obligate you to fix that item.  All a seller’s disclosure is doing is informing the buyer as to what you know is wrong with the property.  Now, if you were a buyer and you would like that item repaired, then you have to look to the contract, you would have to put it in the contract, “I want the seller to fix the air conditioner”.

Steve Pomeranz: Sure.  It’s the seller’s obligation to list every known defect or issue that might come up and that’s what is on the seller’s disclosure.

Terry Story: Especially those that are not readily observable to the buyer.  If there’s something going on in the attic or some place tucked away and you’re aware of it, you must disclose.

Terry Story: It doesn’t necessarily mean you have to fix it or do anything about it.  You just have to disclose it.

Steve Pomeranz: Yeah, so if you’re a buyer and you see these things on the disclosure, it’s up to you to negotiate it and get it into the contract.

Terry Story: If you know of something and you intentionally do not disclose it, that can come back to haunt you in the form of a lawsuit after closing, when they discover you hid something intentionally, you were aware of something that could materially affect the value of the property.  That’s why the seller’s property disclosure is so important.  If you know something, disclose it.  It does not obligate you to have to make that repair.

Steve Pomeranz: Got it.  Now, some experts were asked, “What are the best five or most solid property investments this year, which have done the best, which look like they’re poised to do well?” They listed five.  Can you go through those for us?

Terry Story: Sure.  The first one they’re saying is senior housing.  We’ve got an aging population.  This is a good market to step into, but you have to realize you can’t necessarily increase the rent as rapidly as you would in a multi-family because of fixed incomes that seniors generally are on.

Steve Pomeranz: It’s a growing demographic, so as seniors leave for whatever reason, I guess is most likely is age out, they die, and so on, there’s a number of those individuals behind them seeking.  The demand is good and steady, but you’re saying that you can’t really raise the rent so much, but it’s a stable situation.

Terry Story: It’s a stable market.  Student housing, that’s on fire.  You see that all over college areas.  They claim that this is the best performing sector year to date in the rent space real estate investment trusts.

Steve Pomeranz: I know in a college near us, we have seen a lot of student housing going up and it’s pretty nice actually.

Terry Story: Oh yeah.  Oh my gosh.  My daughter lived in a beautiful place, something I would have never been able to afford back then.  O yeah, I paid for it.  I don’t think she was paying for it.
Warehouses.  We’re talking about the big box flex warehouse spaces.  This is one of the healthiest industry sub-sectors because of the uplift in the e-commerce tenants.
Next one is neighborhood strip centers.  These are your just traditional strip centers, and they’re saying these are better than the traditional malls, especially if you can get an anchored store in there, like a department store.  I guess retailer bankruptcies maybe aren’t as much of a nuisance, I’m not quite sure, but that seems to be-

Steve Pomeranz: As I understand it, with the big malls now, there’s a lot of competition coming from online purchases.  I think these neighborhood strip malls, they’re a matter of convenience, they’re usually anchored by a drug store or something like that that’s really not going to be affected too much by an Amazon and so on.  They’re turning out to be a little better investments at the moment.

Terry Story: Lastly, self-storage.  The price appreciation within the self-storage industry has gone up 16% over the past years, according to Green Street Advisors.  Storage.  I guess we’re still collecting too much stuff that we have to store, and we should all be moving. Maybe because we’re moving into tiny houses and you got to put all your stuff in storage.

Steve Pomeranz: You have brought it to full circle.  With that, and the brilliance of my guest, Terry Story, queen of the Real Estate Roundup segment.  Terry works with Coldwell Banker located in Boca Raton, and she can be found at terrystory.com.  Thanks, Terry.