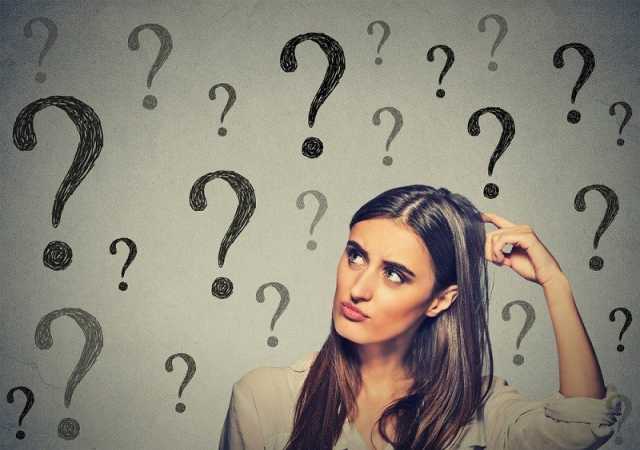 Terry Story always has her real estate eye fixed on the local market and, therefore, is tuned into the potential effects Brexit could have in South Florida. “In the short term,” she says, “the US could be flooded with investors flocking to the US as a safe haven, putting more demand on real estate, and, of course, that would be a good thing for us.”  Also, she adds, interest rates will likely remain low or go down, meaning that mortgage rates will be more attractive to the home buyer. Recently, we saw average home mortgage rates of 3.46%, producing lower monthly payments and giving the buyers greater buying power.  “To give you an idea what this means,” says Terry, “it’ll allow the average home buyer to buy 8% more expensive of a house.”

Home prices have climbed overall in April, with five US cities showing record home values and 20 major markets having double-digit annual increases.  The cause here has nothing to do with Brexit, but with shrinking inventory, which was actually created by the pushback from buyers who refuse to consider paying such inflated prices.

One of Terry’s resources for real estate news, a report called The 8 Critical Trends in Real Estate, predicts that commercial projects will decrease as many insurance companies, bankers, and debt marketers reach allocation limits. To better understand this, Terry explains that, especially with commercial real estate, the big building projects are launched during a healthy economic phase. But since these ventures can take up to or more than two years to complete, the economy could be back to a negative position, where few developers would risk beginning something new.

Based on the shifting demographics of the millennial population growing at about the same rate as that of baby boomers retiring, Terry offers this optimistic prediction: “There’s going to be continued growth in the multifamily and growth in the boomer-focused housing, offering medical facilities, assisted living facilities.”

Although Terry often says that all real estate is local, it’s important to remember that world events from afar can have consequences in our own back yard.

Steve Pomeranz: It’s time for Real Estate Roundup.  This is the time every single week we get together with noted real estate agent Terry Story. Terry is a 27-year veteran with Coldwell Banker located in sunny Boca Raton, Florida.  Welcome back to the show, Terry.

Steve Pomeranz: The news has been and continues to be is this vote by the British Union to get the heck out of the European Union, and we’re wondering what effect might that have on US real estate.

Terry Story: Steve, in the short term, the US could be flooded with investors flocking to the US as a safe haven, putting more demand on real estate, and, of course, that would be a good thing for us.  While there’s a rise in the dollar, it could hurt US exports.  It’s also expected to put downward pressure on the long-term mortgage interest rate.  It’s going to be two-fold.  One, long-term interest rates; two, investors leaving some of their investments in London, specifically, and moving to the US.

Steve Pomeranz: When you have stress times like these, the big money, institutional money, and pension money has to go somewhere, and if it seeks safety, there’s only a limited few areas they can invest in.  The most liquid area in the world to invest in for big dollars is US Treasuries, so if there’s more demand for those bonds, then prices rise, which means the corresponding interest rates fall, and then if interest rates fall, mortgage rates, which are pegged to treasury rates, will also fall. So we did; we saw a dramatic decline.  What rate did you see it get to?

Terry Story: We actually saw that already.  Just recently, we saw an average of 3.46.  We were over 4%, and this is the lowest rate in a while.  Of course, this produces lower monthly payments and gives the buyers great buying power.  To give you an idea what this means, it’ll allow the average home buyer to buy 8% more expensive of a house.

Terry Story: Look at the numbers.

Steve Pomeranz: Or, Folks, you could not buy a bigger house, and you could just save more money.

Steve Pomeranz: You don’t always have to buy a bigger house, right?

Terry Story: Exactly.  This may have an effect on the lenders because when the mortgage rates decline, the lenders become more risk adverse as their profit margins start to dwindle down, and that may make it a little more challenging to get a mortgage.

Steve Pomeranz: There’s a little bit of a pushback from lenders.  One thing happens is kind of like Whack-A-Mole.  Something good happens over here while something pops out over there.  It’s the way the markets keep their equilibrium, I guess.

Steve Pomeranz: Talking about equilibrium—and I don’t think this has anything to do with recent events over in Europe—but home prices climbed again in April, didn’t they?

Terry Story: That’s right.  We have seven cities that set records.  Home values are now just 9.6 below the peaks from a decade ago.

Terry Story: That’s really not that far below.  Home prices rose in 20 major home markets with double-digit annual increases, and 5 cities had record home values, Dallas and Denver are above the historic peaks.  Across the board, the home prices are increasing.  It’s very simple.  Shrinking inventory boosts home values, clearly.

Steve Pomeranz: How is it looking for you out there?  You’re out on the street, you’re beating the bushes every day, you’re showing homes, you’re listing homes.  What’s the activity like in your neck of the woods?

Terry Story: It’s interesting.  We’ve got quite a bit of inventory but yet we don’t.  The inventory that we have, a lot of it, is just overpriced inventory.  They’re not real sellers.  I say not real sellers.  They don’t appear to be motivated sellers.  I think what’s happened, Steve, is the sellers believe that they can keep pushing the values up, and the buyers are saying, “No, Mr.  Buyer, that’s too much.  We’re not going to pay that price.” We’re seeing a little bit of a pullback on the buyers side.  The demand is there.  They’re not willing to pay the prices that the sellers are asking.  I see that to be true all over the place.  We are seeing the inventory climb, and it’s also the time of year it’s natural to see, for example, the single-family homes climb this time of year.  That’s not really out of the ordinary, but the inventory is a little bit higher than it has been, but it’s still very low.  We can use more inventory.

Steve Pomeranz: The area that you’re busy in, that you’re involved in, the summertime is when a lot of people will come down and start to buy because they’re getting set up for the school year.

Steve Pomeranz: You have given me a report being titled The 8 Critical Trends in Real Estate.  I don’t know if we’re going to have time for all 8, but let’s go through some of those trends that are very, very important at the present time.

Terry Story: Sure.  I think any time there’s a shift in world economy, we just talked about the EU, but one of them is China’s a primary competition sector.  They have capped a 5-year real estate investment totaling 110 billion dollars, so shifts in world economy have an impact.  Lending issues, they’re predicting that commercial projects will decrease as many insurance companies, bankers, debt marketers reach allocation limits.

Steve Pomeranz: Wait a minute.  Let’s slow down a little bit here.  We’ve seen a lot of cranes in the sky.  I know in my area, I know in a lot of cities nationwide, there’s a lot of commercial building going on.  Is this basically saying that that may start to slow because insurance companies and lenders and the debt markets only have so much capacity to take on the amount of debt required to fund these new projects and they’re reaching their limits?

Steve Pomeranz: All right.  That’s what it’s saying.  That’s good to know.  One of the key aspects of real estate, especially commercial real estate, you’ll notice that in good times they’re putting up a lot of buildings, and that can be a very successful venture, but at some point in time, since the planning stage to the end stage…

Steve Pomeranz: Let’s say, it’s even 18 months or something, or 2-1/2 years.  By that time, the building is completed, the economy could be back in recession.

Steve Pomeranz: That’s when the cycle gets messy again and people get hurt.

Terry Story: We see it time and time again.  Demographics, that’s another big issue.  The millennial population is growing at approximately 10,000 as 10,000 baby boomers retired each day.

Steve Pomeranz: That’s a big one.

Steve Pomeranz: Unfortunately, we are out of time. My guest, as always is Terry Story. Terry is a 27-year veteran with Coldwell Banker located in Boca Raton, and she can be found a terrystory.com.  Thanks, Terry.

Terry Story: Hey, thanks for having me, Steve.