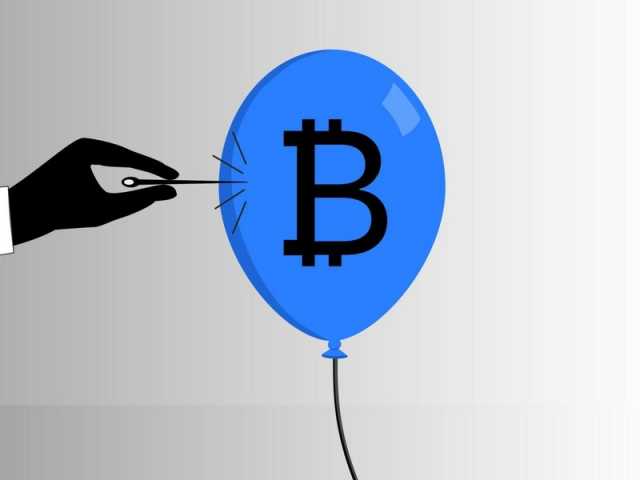 Is Bitcoin The New Crypto Currency Or Just A Bubble?

Steve kicks off Real Estate Roundup by asking Terry Story if she’s heard of anybody buying a house using Bitcoin.  Terry hasn’t, and Steve goes on to explain that Bitcoin is a new digital currency that’s basically created from a computer, so it’s bits and bytes, and doesn’t really have the backing of a government, gold reserves, or something else of surety or value.  What makes it valuable is that there’s a limited quantity of bitcoins in circulation at any point in time, unlike traditional currencies where central banks can print as much as they want, devalue the currency, and trigger inflation.  Bitcoins also come with inherent anonymity so their owners are shielded from the government’s prying eyes.

Bitcoins Have Skyrocketed In Value

Steve also points to the price of a Bitcoin, which has skyrocketed from practically next to nothing five years ago to about $5,950 per coin as of October 2017.  So, if you had started off with $1,000 invested in it when it debuted, you’d now literally have millions of dollars if you’d held it.  Even so, a lot of respected people believe Bitcoin is nothing more than a bubble, and Jamie Diamond, the CEO of JP Morgan Chase, says it is an absolutely worthless currency.

So, while Steve isn’t sure how real the hype around Bitcoin is, he warns listeners to be very careful with it, lest they get burned.  If you do sell a house in exchange for Bitcoins, Steve’s advice is to immediately sell them and convert them back into dollars.

Next, Steve poses a question to Terry where a listener asks why buyers should think twice about asking sellers to make home repairs for defective items that were discovered during the inspection.  In response, Terry relates an example where she went to contract in May 2017 for an October 2017 close, and the buyer asked the seller to take care of certain items including roof leaks.  While that sounded like a great idea from the buyer’s point-of-view, the seller had an unlicensed roofer do a shoddy fix that just did not hold up through Hurricane Irma.  As a result, the situation became a lot worse, with the buyer refusing to purchase the house and the seller saying there was no requirement that home repairs be done by a licensed roofer.

Steve compares this to returning a leased car after three years, where the tires are required to have a certain tread depth.  But instead of buying new tires, lessees often buy cheap used tires meet the tread requirement without stepping up and buying new tires… much as Terry’s seller made the cheapest roof fix he thought he could get away with.

Hence, Terry believes it’s often better for buyers to adjust the price down to account for home repair expenses and have repairs made under buyer supervision after the sale closes.

Steve ends Real Estate Round-Up by referring to a segment he did on home flippers where flippers have little incentive to put in good quality material and would rather maximize their own profits.  His final advice to buyers: Don’t rely on sellers to do a good job; instead, fix the house using someone you trust, under your own supervision.

Steve Pomeranz: It’s time for Real Estate Roundup. This is the time every single week we get together with noted real estate agent Terry Story. Terry is a 29-year veteran with Coldwell Banker located in sunny Boca Raton, Florida. Welcome back to the show, Terry.

Steve Pomeranz: Hey, I have a question for you. Have you ever had anybody that you know or heard about anybody you know who bought a house with Bitcoin?

Terry Story: No. Seeing that I barely know what it is—I’ve heard what it is—no.

Terry Story: But I know it’s rumored out there “Will that be a possibility?” I don’t know.

Steve Pomeranz: I don’t know if it’s possible, but sure enough Bitcoin has got everybody’s attention these days. Now Bitcoin is a digital currency meaning it’s basically created from a computer. It’s bits and bytes. It doesn’t really have anything behind it per se. It doesn’t have the strength of an economy behind it and so on.

Terry Story: No gold behind it.

Steve Pomeranz: No gold. Nothing. There’s really nothing behind it. Really one of the main features of Bitcoin is that there’s a limited quantity because they’re not generally easy to make. You can make them slowly. So one of the facets of a currency is this idea that if a government continues to print its money, print, print, print, print then it’s going to lose its value and will create inflation over time. But if you can control the quantity of money out there then some people think that it’s a better kind of currency.

Very, very controversial. Very, very volatile. But you have your believers and your disbelievers. For those who believe in it, generally, they love being in the digital arena where they feel they can kind of hide from governmental prying eyes.

Terry Story: There’s something here where somebody stockpiled several million dollars-worth of this currency. It’s also the same that they stockpile their food.

Steve Pomeranz: Well, the other thing too, of course, is that the price of Bitcoin has skyrocketed from practically next to nothing five years ago to about $4000 per coin.

Steve Pomeranz: When you… If you started off with $1000 in it, you’ve made so much money it’s kind of obscene. To stockpile millions of dollars when they probably only initially cost you a couple thousand, I don’t know if that’s impressive or not. But the bottom line basically is that there are a lot of people out there, people that I respect, that are saying that Bitcoin is nothing more than a bubble. As a matter of fact, Jamie Diamond, the CEO of JP Morgan Chase who is someone I respect quite greatly, said it was absolutely a worthless currency, absolutely a bubble. He said that anybody in his company that traded it would be immediately fired. Be very, very careful out there. I’m not saying Bitcoin is or isn’t. I don’t think I’m smart enough to know. It’s very, very early, but if someone wants to buy your house with Bitcoin-

Terry Story: Don’t come to me.

Steve Pomeranz: … My advice is make sure that the day they pay you is the day you can actually sell them and convert them back into dollars. Okay?

Steve Pomeranz: That’s my sentiment on that. All right. So, let’s get to some other questions here. I have a question for you here, Terry. Why should buyers think twice about asking sellers to make repairs to the home for defective items that were discovered during the inspection? I love when you tell us a story.

Terry Story: I’ll give you an example. Just recently, I went to contract back in May and we’re closing in October, so there’s a long period of time. The buyer asked the seller to take care of certain items including roof leaks. It sounded like a great idea because the buyer’s thinking, “Well, the seller should take care of these items right away. It’ll be four months before we close. Get the roof leaks fixed.” But what happened is the seller didn’t take care of the roof leaks until just recently, so now we’ve had a hurricane come through. The situation’s a lot worse.

Terry Story: It’s just made the situation a lot worse. The buyer is saying “I’m not going to buy this house.” There’s no warranty by this unlicensed roofer because it wasn’t spelled out clear enough that it had to be licensed insured warranty-transferable. When you’re dealing with a higher end property and people in respectable professions, you would think they would do the right thing and hire a professional roofing company that’s licensed and insured to do work on the house.

Steve Pomeranz: You know what this reminds me of, if I may interrupt here really quickly?

Steve Pomeranz: When you lease a car, you have to return the car with tires with a certain amount of tread.

Steve Pomeranz: Right? It has to have like three-sixteenths. Erica, my producer, is giving me a weird look like “Where are you going with this?” Let’s face it. You wait until the very last minute. Your tread is way down. You’ve got to turn the car back in. So, do you go out and buy a whole new set of tires, brand spanking new, and give the new owner of that lease-

Steve Pomeranz: … 40000 miles? No. You go to the place up the street, and you look for the same kind of tire and you look for the tread that’s just there at the 3/32. That’s what you put on the car. Not that I’ve ever done that, mind you. I’m not sure why I know so much about it.

Terry Story: I’m glad you’re sharing that idea because I like it.

Terry Story: When deals fall apart and there’s issues, it always comes down to the repairs. It’s so much easier just to take credits and not get involved-

Steve Pomeranz: You want control over the process. I think that’s the bottom line.

Steve Pomeranz: You give up control. It’s like we did a segment a few weeks ago on flippers, buying a house from a flipper. There isn’t a lot of incentive for them to put in the best stuff and get the best result because they’ve got some economic issues that they have to deal with in terms of how much they bought it for, how much they had to pay to fix it up, and then how much they have to sell it for. So be careful when you’re buying from flippers. In this case, maybe it’s not such a great idea to let the seller make the repairs.

We are out of time. My guest as always is Terry Story, 29-year veteran with Coldwell Banker located in Boca Raton, Florida. She can be found at terrystory.com. Thanks for joining us, Terry.

Steve Pomeranz: To hear more about these issues and to hear Terry Story as much as you would like — we all love to hear her — don’t forget to go to the website which is stevepomeranz.com.