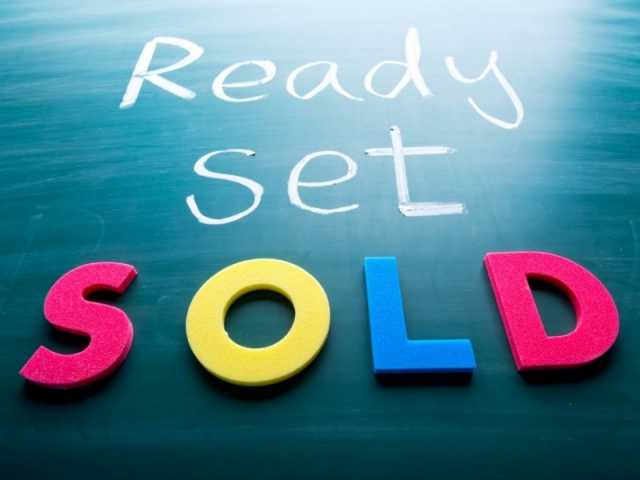 Steve caught up with Terry Story of Keller Williams Realty in Boca Raton for the weekly real estate roundup. This week, Terry shared with Steve some expert tips on selling your home.

How To Price Your Home For Sale

Most people looking to sell their home wonder about the best way to price it. At what price should you list your home for sale in order to quickly attract promising buyers? It’s important to think about how people look for homes these days. Let’s say you price it at $299,000. Well, that home is going to come up in a Google search when someone makes their top-end price $300,000, but you’re going to miss out on buyers who punch in a search for homes from $300k to $350k. So, even though it’s an old sales gimmick to price things at the “99” number, you might attract more qualified buyers by going with $300,000 even.

Numbers Tips For Pricing Your Home To Sell

If you aren’t pricing your home right with one of the big round numbers like 200 or 250, there are some number “tricks” that you might want to use. It might be a better idea to price your home to sell at, say, $324k or $327k instead of just at $325k. Why? Well, any gambler will tell you there’s just something about odd numbers. Who knows? They may be right.

Also, if you price your home at an odd number, something very specific like $324,700, prospective buyers are likely to stop and think about how you came up with that very specific price. First of all, just getting them to stop and think about your listing is a step in the right direction. And the most likely thing they’re going to conclude is that you’ve done your homework and have a very good idea of the exact value of your home. That makes them think they won’t be overpaying, that they can buy the home for at, or less than, its true value. Using an odd, specific number can be a significant help when it comes time to negotiate.

A Different Way To Price Your Home

Car salesmen never talk about the price of the car—they only talk about the monthly payments, right? They do that to make the car sound more affordable to buyers. You can do the same thing to attract prospective buyers for your home. Instead of listing your selling price for the home, advertise it something like, “You can buy this home for just $1,700 a month”. Many potential home buyers—just like car buyers—might be put off a bit by seeing the total price tag, but if you put it to them in monthly payment terms, then they might instead think, “Hey, I can afford that.” Plus, listing your home that way makes your listing stand out from the crowd as something different, so it may attract more attention. More people looking at your listing means a higher likelihood of finding a willing and ready buyer quickly.

On the other hand, if you’re lowering the original asking price on your house, you want to write out the reduction using the longest number possible,  like $5,000.00 instead of just $5000. Making the number itself bigger makes it look like your reduction is bigger, a better deal.

One final tip: You can help your prospective buyer out by really knowing your numbers. Some buyers, for example, don’t think about insurance costs. They get approved for the loan, make an offer, but then realize they can’t afford the insurance. Your real estate agent can help you out with things like that, and you can, in turn, help your buyer out so they don’t run into any surprises that might make them back out at the last minute.

Steve Pomeranz: It’s time for Real Estate Roundup. This is the time every single week we get together with noted real estate agent Terry Story. Terry’s a 30-year veteran with Keller Williams located in Boca Raton, Florida. Welcome back to the show, Terry.

Steve Pomeranz: So I always wondered about pricing a home for sale, let’s say about a $300,000 house.

Terry Story: So you’re playing both sides of the fence.

Terry Story: And you want your home exposed to the largest number of people, so 300 would be a better number. And at 302, oh, man, people push their numbers to the highest point. So for $2,000 you just missed out on a whole other group of people looking at your house.

Steve Pomeranz: All right, but you’re talking about prices that are kind of right at the margin of these categories, the 250 to-

Steve Pomeranz: So let’s get inside the category.

Terry Story: And so the fours and the sevens are good numbers to play with.

Terry Story: Nothing crazy odd, but something that’s just a little unnatural.

Steve Pomeranz: Well, I know, in the business of trying to get attention on the Internet, let’s say for my show and the like, and you do an article. It’s always the four best ways, or the seven best ways, or the five. It’s normally really just kind of an odd number.

But they do say that there’s power in the numbers four and seven, which I guess if I was a gambling person, that would be important to me if I was playing craps, right? But nevertheless, so this 354, 357, that has meaning, but you’re making a different point. And that is that at 355, it’s just kind of a round number. It’s a throw-away number.

Steve Pomeranz: I mean, even the 350 may be too round, according to this article, in the sense that if you said 353.5 or something, or 354, it could suggest that you’ve put more time, and you’ve figured out a way to value the home-

Steve Pomeranz: Closer to its true value. And so they may take it a little more seriously. Now according to this article, there’s four ways psychology can influence the price of a house. So first of all, using a nine at the end of the price.

Terry Story: Okay, so that’s if you’re trying to sell widgets, [LAUGH] inexpensive items. But if you’re selling a luxury item, and if you look at Ferraris and Godiva chocolates and any expensive items—you go into Lululemon—do you think they’re selling their yoga pants at 99.99?

Terry Story: They’re not going to do that.

Terry Story: No, and not to throw you into tailspin, but when it comes to pricing, here’s the new philosophy. Okay, when you buy a BMW, it’ll say, you can own this BMW for 799 a month.

Terry Story: Why not start marketing the property showing what the payments are going to look like?

Terry Story: [LAUGH] It is, but think about it.

Terry Story: A lot of buyers don’t realize how much they can afford.

Steve Pomeranz: But if they found out their payments were going to be $2.500 a month, they might, oh, I can afford that.

Steve Pomeranz: It’s just something else to consider when looking at numbers.

Terry Story: And another thing here is that odd prices seem more legit. I think we talked about that. But here this is the one that really interested me the most. Get rid of the commas and get rid of the decimals. So they give three examples. The first one is the $350,000 houses. They’re all $350,000 houses, but it’s the way you actually write them out.

Steve Pomeranz: No comma, so it looks like you’re grammatically incorrect.

Terry Story: That’s right, so which one, you listeners out there, what do you think would be the best price to put it at—with the decimal, without it, or with no comma or nothing?

Terry Story: Well, the answer is-

Terry Story: The answer is, the one without anything. No commas because I guess people don’t like to read. If they’re reading more stuff that’s, [LAUGH] going to their head.

Steve Pomeranz: If they just see 350, they might interpret as just 350, but that’s without saying thousand, I don’t know.

Terry Story: But here’s an interesting twist to this. If you’re lowering the price of your house, and you want to make that price reduction seem more than it is, what do you do?

Terry Story: The buyers are out there buying properties, lots of offers being submitted. I haven’t seen appraisal problems lately, which is good.

Terry Story: And here’s something really important, just happened to me this past week. If you’re a buyer looking to buy a house, really know your numbers before you start making offers. We went up to bat, we went in a multiple offer situation. We won, and then during the inspection period, the buyers started to realize what the costs were going to be. Now it was pre-approved but didn’t really understand what insurance costs were going to look like. And then realized, geez, this is a lot more than I thought, and backed out.

Terry Story: Make sure that your buyer really knows what they’re getting into.

Steve Pomeranz: Okay, my guest, as always, is Terry Story, a 30-year veteran with Keller Williams located in Boca Raton, Florida. And she can be found at terrystory.com. Thanks, Terry.