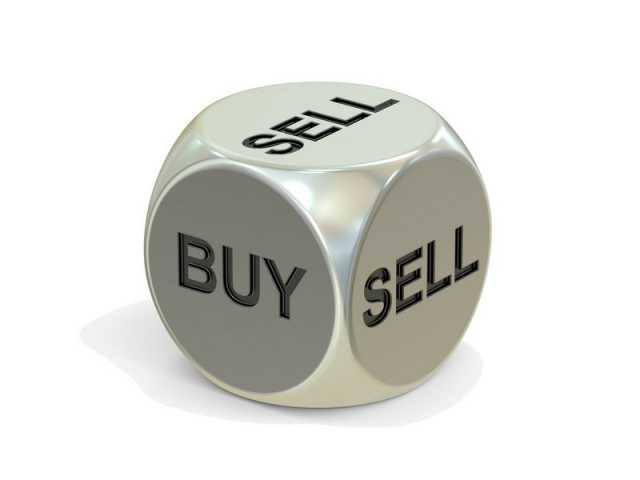 Terry’s reality check to Steve’s query on why people aren’t selling is that there is a lack of replacement home purchase options. As the wife of one homeowner put it, “But, honey, where are we going to go?”, putting the brakes on their decision to list the house. Terry sees a big “pent-up supply” of sellers wanting to sell because their home values are no longer underwater, but lacking serious relocation home purchase options.

Steve presents a hypothetical example of a Florida home that is now worth $500,000—well above its purchase price—and qualifies for a transferable homestead exemption should the owner choose to relocate or downsize. Terry takes up his example and says such homeowners are likely empty-nesters who want to downsize but end up competing with first-time home buyers, who are also looking for homes in the $250,000 – $300,000 range, same as some retirees not looking to move to an adult community.  So, homes in that price range are extremely scarce.

Steve also wonders if there’s a slight change in America’s mobility culture, with families now less willing to relocate for job opportunities than before. Terry, from her South Florida perch, sees it differently, where people from more expensive metros are attracted to Florida’s relatively lower home values and view coming to Florida as a bargain. But Steve thinks the price differential between Florida and other parts of the country has narrowed, so moving to Florida for lower home prices may not be as much of a factor.

Terry agrees and adds that the state of the economy plays a big role in relocation decisions. When the economy is healthy, people see few reasons to move.

So, the conundrum continues, with sellers keen to sell in this rising market and buyers unsure if they should wait for prices to fall and risk getting priced out even more by the double-whammy of rising property prices and rising mortgage rates.

Best Time To Buy A Home

Finally, Steve wants Terry’s point of view as an agent on the best time for someone to buy a home. Unsurprisingly, Terry says “Absolutely right now, no question about it!” And on Steve’s follow-up on the best time for somebody to sell, her response is a solid “Oh, absolutely, no question, right now!” Steve jokingly remarks that that’s been Terry’s stance from the first time they did Real Estate Round-Up together and hasn’t changed one inch!

Steve Pomeranz: It’s time for Real Estate Roundup. This is the time every single week we get together with noted real estate agent, Terry Story. Terry is a 29-year veteran with Coldwell Banker located in Boca Raton, Florida.

Steve Pomeranz: You’ve been complaining now for five years about low inventory, lots of buyers, no sellers. Is that still the case?

Terry Story: Yes, unfortunately. The National Association released our quarterly metro home price report last week, and the report revealed that they’re—here’s an interesting word—severely lacking inventory across the country, which is draining sales growth and keeping home prices rising at a steady clip in nearly all the metro areas. Home prices basically rose 5.3% over the last quarter all across, all the metro areas.

Steve Pomeranz: Why do you think people aren’t selling? What are the reasons you see in your practice or the explanations?

Terry Story: Here’s reality. Okay, so, last weekend, I go on a listing appointment. They’re very much interested in possibly selling the house. Husband is like, “Okay, let’s sign the paperwork. Let’s do it right now.” He wants out of his neighborhood the worst way. What does the wife say? “But, honey, where are we going to go?”

Terry Story: That put the brakes on everything.

Steve Pomeranz: Where are they going to go? Isn’t that the problem?

Terry Story: That’s the problem. I cannot tell you how many appointments I’ve been on where the sellers just don’t know where they want to go. What’s happened, Steve, is these are what I call pent-up supply of sellers. They may have wanted to maybe sell five years ago, maybe even longer, and because their home values were so low and, in some cases, they were underwater, they couldn’t even consider leaving.

Steve Pomeranz: … They can.

Terry Story: Now, they can, but, on the flip side, now what’s happened, so now they can afford to sell because they’ve got equity in their home and move someplace else, they’re not finding what they like.

Steve Pomeranz: That’s what I want to ask you about. Hold on to that point for a second. I’ve got a house. I want to sell it. I’ve got nice appreciation. In Florida, we can move over our homestead exemption to our next place …

Steve Pomeranz: So there’s not a bad tax deal right there, and let’s say I even want to downsize a little bit. The point is, if I’ve got a $500,000 house, where am I going that’s going to be suitable for me to do this downsizing?

Terry Story: That’s the problem, and it depends at what age point you’re at. I’m assuming, if you’re downsizing, for a large majority of people, it’s because they’re empty-nesters now. They don’t need the house of that size. They’re maybe retired or close to retiring, so they want something smaller, less maintenance. When you look at the options, now, what’s happening is the downsizers, the empty-nesters, the retirees are competing with the first-time home buyers, so you’ve got the clash of the two parties.

Steve Pomeranz: Prices seem to be too high for these smaller units in a sense.

Steve Pomeranz: It used to seem that people were more willing to be mobile, that if they were jobs in a certain state, you’d pick up your family and you go to where the jobs are, and America seemed to be a very mobile country, but, now, I’m not so sure that’s the case. I know neither of us are economists and have really studied this thing, but how many people are willing to move out of the area to an area where the cost of living is less and the cost of housing is less? That doesn’t seem maybe to factor in too much here.

Steve Pomeranz: Yeah, but I think that differential has narrowed. I mean, I remember, in the ’80s, you could have a two-bedroom, three-bedroom house on Long Island and you could buy a McMansion for 40% of what you’ve got, of the proceeds.  But I think prices have risen here enough that maybe the differential is not so much. What do you think?

Terry Story: Yeah, it could be. I mean, in my marketplace and what I see mostly, we see snowbirds in the wintertime purchasing second homes, and we see people either trying to move up or move down that are local.

You also got to take into consideration, like you said, the economy. If the economy is stable here, there’s no need to move, unless you’re moving to be closer to family or someplace else.

Terry Story: The economy is strong all over the country, so I don’t think it’s necessary to move to a different place for economic growth, depending on what industry you’re in.

Steve Pomeranz: It’s a conundrum. I know you’ve been complaining about it for a long time. It looks like it’s going to continue for a while. So, if you’re a seller, a rising market is your friend, right? I would much rather sell into a rising market.

Steve Pomeranz: If you’re a buyer, you could buy, but if prices are rising, then you’re going to take the risk of the cost of waiting. By the time you delay, it may cost even more when you pull the trigger.

Steve Pomeranz: Yeah, so that’s an issue, but, Terry, I always want to ask you this one question when we have this discussion. From your point of view as an agent, when is the best time for someone to buy?

Terry Story: Absolutely, right now, no question about it.

Steve Pomeranz: When is the best time for somebody to sell?

Steve Pomeranz: I can tell you, we’ve been doing this for a long time, and you haven’t changed one iteration, one inch.

Terry Story: People need roofs over their heads all the time in all economy levels so.

Steve Pomeranz: Yeah. You really do perform a great service because you’re giving people a home to raise their families. I mean what could be more wonderful than that?

Steve Pomeranz: Very rewarding. Terry Story, as always, my favorite guest, a 29-year veteran with Coldwell Banker located in Boca Raton, Florida, and you can find her at terrystory.com.
Don’t forget that when you sign up or come up to our website, stevepomeranz.com, you can hear Terry Story as much as you like. You can also read our transcripts. We also summarize everything. We make it as easy as possible for you to get access to the Steve Pomeranz Show. Of course, we podcast. You’ll see us on Facebook, et cetera, et al, as they say. Also, don’t forget to sign up for our weekly update where you’ll see what’s going on, and you’ll be able to download a particular segment or read about it without having to listen to the whole show. Your choice, but, again, I’d like to say thanks to Terry Sorry. You can find her at terrystory.com.

Thanks so much, Terry.