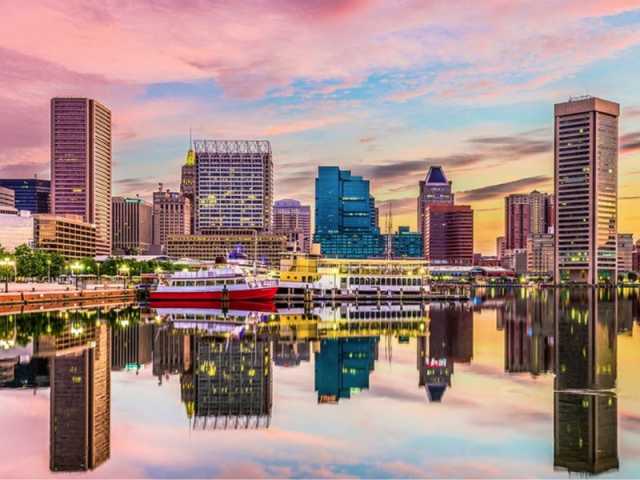 Steve spoke with Terry Story, a 30-year veteran at Keller Williams. During this week’s Real Estate Roundup, Terry and Steve talked about a serious cyber-attack (also known as a ransomware attack) that held up the real estate industry in the city of Baltimore. The pair also discussed first-time homebuyers and the importance of in-person house tours.

Criminals are using the internet to do a lot of their dirty work these days. Recently, in Baltimore, Maryland, a really awful ransomware attack occurred. A group of people hacked into the computer systems of real estate agencies around the city and held the companies’ computer operations for ransom. As with most ransomware attacks, they hacked the companies’ systems and took all of their information—information about deals, client information, etc. Then, the thieves agreed to give all the information back as long as the companies paid the ransom for it.

Not only was this a major financial security threat, but it also prevented the closings of thousands of people trying to purchase homes. The attack even prevented realtors from accessing the portal for property taxes. Deeds and deeds of trust couldn’t be processed. No one could process lien certificates either. It essentially brought the entire real estate industry in the city to a halt. And, unfortunately, this is one of the busiest times of the year for real estate in the Baltimore area.

The city estimates that the attack cost them somewhere in the neighborhood of $18 million. The reality is that the city still hasn’t decided whether or not to pay the ransom—which, to date, hasn’t been revealed—or if they should start over from scratch.

Moving on, let’s talk about the importance of in-person home visits for homebuyers. Pretty much every person wants to schedule at least one in-person visit/tour before buying a home. About 50% of buyers visit a home a minimum of two times before they make an offer.

Third visits can be particularly telling for real estate agents. Terry said, “A third showing means, in my mind, there’s an objection, and they’re trying to overcome the objection by taking an extra look at the house”. In her experience, most people put an offer down after the second visit. The first is a sort of test and showing up a second time means the house has passed the test.

Buying A Home As “Children” And With Children

There’s also the issue of millennial homebuyers. Let’s face the fact that the millennial age group covers a large swath of people, who are all at different places in their lives. Millennial couples account for a significant portion of first-time homebuyers these days. And many of them are getting input from family and friends when it comes to the home they should buy. This isn’t in-and-of-itself a bad thing, but it can pose some issues.

For example, if millennials’ parents show up for a home visit with their children, excellent. But the question is: What role are they actually playing? Are they simply offering advice? An opinion? And how much weight does the advice/opinion carry? If they’re putting up the down payment or are going to be responsible for a chunk of the home’s price, their advice or opinion matters a lot more.

The biggest issue with parents having input is that it can create a lot of doubt for the child, which means they are less likely to purchase a home or, best case scenario, they waver a lot and make the real estate agent’s job incredibly difficult.

And what happens when the homebuyers have children of their own, namely, teenagers? This can also pose a problem. It’s every parent’s responsibility to make sure that a home is suitable for their children, and, hopefully, that it’s somewhere that their children want to live as well. But, provided a child isn’t paying for or contributing to the cost of the home (and, let’s face it, they more than likely aren’t!), the children should have a limited say in whether a home is purchased or not. Terry related an instance where a teen through such a fit over one home (likely because of its distance from where his girlfriend lived) that the mother ended up walking away.

If you’d like to learn more about buying a home, selling your home, or any aspect of real estate, check out Keller Williams!

Steve Pomeranz: It’s time for Real Estate Roundup. This is the time every single week we get together with noted real estate agent, Terry Story. Terry’s a 30-year veteran with Keller Williams located in Boca Raton, Florida.

Terry Story:  Thanks for having me, Steve.

Steve Pomeranz: So, a really awful, awful thing happened to the city of Baltimore that affected housing and a lot of other things.

Terry Story:  So, basically, there was a ransom attack, and what that means is somebody holds you hostage. They break into your computer systems, they hack it, in essence, and then they hold … They’ll get a password, and they’ll give you back your information and your data if you pay huge amounts of money.

Terry Story:  So this happened to the city of Baltimore, and the reason why this is important is it did, as a matter of fact, it held up thousands of closings. The way that it happened was the city didn’t have access to their property portal taxes. They couldn’t process deeds or deeds of trust for recording purposes. They couldn’t do lien certificates. So all of that real quickly basically means in order to sell your house, you have to verify that the taxes are paid, that there are no liens and judgments against the property. And that was all brought it to a screaming halt.

Steve Pomeranz: Yeah. Also was the busiest time for this kind of thing seasonally.

Steve Pomeranz: City of Baltimore said they think their estimated losses are about 18 million, and they have to decide whether to pay a ransom or not. Otherwise, they can’t get this data back, and they have to start, I guess, from scratch.

Terry Story:  Yeah. Can you imagine you’re trying to move, and you can’t get the house that you’re trying to buy because you need to sell this house? I mean, there’s a big domino effect that goes on.

Terry Story:  It affected about a thousand pending homes.

Steve Pomeranz: Another thing to worry about.

Steve Pomeranz: All right, so, 50% of buyers visit a home two to three times before making an offer. And I really want to talk to you about this one.

Steve Pomeranz: All right. What’s the average amount of time that people will look at a house before making an offer?

Terry Story:  Yeah, number of visits. They usually go on average two to three times before they make an offer.

Steve Pomeranz: Okay. So one time it’s like brand new, they’re looking it over.

Steve Pomeranz: And they’re looking at it together, and they come back a second time. Is that a good sign?

Steve Pomeranz: Okay. All right. That’s fine. Then they come back a third time. Now, I would think automatically that this is going really well. But you don’t-

Terry Story:  A true third showing means, in my mind and what I see, that there’s an objection, and they’re trying to overcome an objection that they saw at the house.

Steve Pomeranz: Okay. So like, “Oh, the ceilings are a little too low.”

Terry Story:  Yeah. “I don’t like the kitchen color.”

Steve Pomeranz: The kitchen, the-

Terry Story:  What can we do?

Steve Pomeranz: And can we … How much would it cost to put on new cabinets?

Terry Story:  Right. Most people, you’ll get the offer after the second one. So that’s why when I have a third one, I know there’s a problem.

Steve Pomeranz: Okay. So, look, when you go to sell your house and they come back a third time, I would be pretty excited about that. It’s like, “Oh, this is great. They’re really …”

Steve Pomeranz: But that’s not a great sign. Okay. All right. So, what about if they … So, let’s just say this is a millennial couple.

Steve Pomeranz: Okay. What happens if they bring their parents to the second one? Is that good or bad?

Steve Pomeranz: Okay. So let’s take that and let’s break that up.

Steve Pomeranz: Wait a minute. The first one is that the parents are not financially involved.

Terry Story:  Well, this is what kills me. Being a parent, a friend, somebody else who has not seen all 500 other homes that you have shown, okay? So they show up on the scene. They’re like, “You should be getting a lot more for your money. Really, there should be more upgrade for this amount of money.”

Terry Story:  Everyone has an opinion and they voice it. And so then it creates doubt. And then many times we’re back to the drawing board.

Steve Pomeranz: Oh, boy. Okay. But the parents now, so, the parents come and the millennials. And the parents are giving advice probably, but they could like it or not like it.

Terry Story:  “Well, when I bought my first house … When I was your age.”

Steve Pomeranz: All right. What happens when the parents bring the children?

Terry Story:  Okay, so there’s different age children, and I just had this happen. The single mom has teenagers.

Terry Story:  The mother loves this house, wants this house, this is the house for her. And the other kids are off to college and out the door. The child pitched such a fit because of its location, which, by the way, I think the real motivation was that it’s a little further than where his girlfriend was at. And so she walked. She didn’t do the deal.

Steve Pomeranz: Because her teenage-

Terry Story:  Because the teenage child threw such a fit.

Terry Story:  And it’s like … So, you know, there’s that guilt. She was feeling guilty. I got to keep my child happy, and I’m recently divorced.

Terry Story:  Exactly. Exactly. But no, children should not be making the decisions of the adult, yes.

Steve Pomeranz: Also, that scenario aside-

Terry Story:  Right. The kids will take it in, unless there’s a financial tie to it. So if there’s no financial tie, yeah, they’ll just listen. But, “Oh, it doesn’t matter what my parents say. This is my decision, my house.”

Steve Pomeranz: Yeah. But I think you’re saying in a sense that the parents will listen more to their children than the children will-

Steve Pomeranz: Well, nothing has changed since time began.

Steve Pomeranz: You know? So …

Terry Story:  This is where we become psychiatrists.

Steve Pomeranz: That’s right. Right. You have a lot more to do than just the numbers. Right, right.

Steve Pomeranz: Good. My guest, as always, is Terry Story, a 30-year veteran with Keller Williams located in Boca Raton, and she can be found at terrystory.com. Thanks, Terry.

Terry Story:  Thanks for having me, Steve.