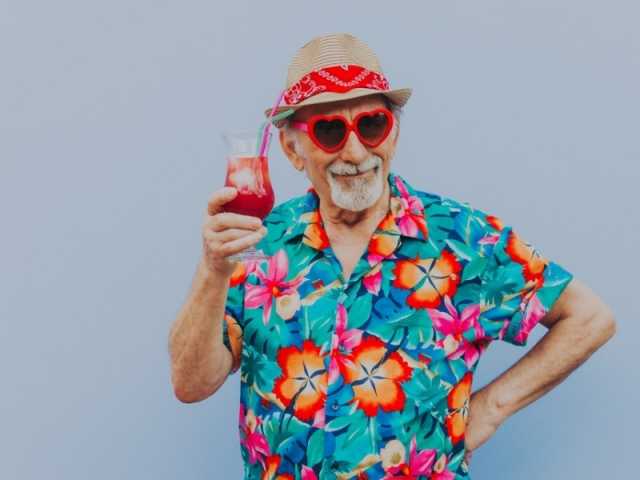 Steve spoke with Terry Story, a 30-year veteran at Keller Williams. During this week’s real-estate round up, Terry and Steve discussed one issue that many real estate agents are facing: low inventory of homes. Baby boomers aren’t selling their homes and downsizing like they used to, for a number of reasons.

There’s a serious need for inventory in the real estate industry. The reason? A lot has to do with the fact that baby boomers simply aren’t selling their homes. Many baby boomers are living longer, working longer, and adamant about keeping their homes. Terry mentioned, as a 30-year veteran, that when she hears someone refer to their home as a “forever home”, it’s music to her ears because it’s usually never a forever home. Today, however, more and more baby boomers are in fact holding on to the homes they first purchased and because of this, inventory for sale is low.

“Aging In Place” And Making A Transition

There’s a term – “aging in place” – that refers to the fact that baby boomers are working longer and many of them purchased homes close to where they work. This means there’s more incentive for them to stay put in those homes because for them to find something affordable today, they’d probably have to move a considerable distance away.

There is always, of course, the need to downsize at some point. Boomers have had children, the children are gone, and now the upkeep of a family-sized home isn’t reasonable for someone to try to maintain. One popular option for a lot of them is an over 55 active adult community. They can get the home of their choosing (in terms of size) with all of the amenities they could want or need within a very short distance. That’s the beauty of communities like that.

The real takeaway here, though, is that baby boomers aren’t moving to a new home or to an active adult community until much later in life.

For those looking to purchase their first home, here’s a tip that Terry recommends: don’t share the deed to a home before you’ve made an agreement with your significant other, specifically when looking at the idea of being in a partnership but not being married.

It’s always a good idea for a young couple, one which hasn’t tied the knot yet, to have a legal agreement drawn up that spells out who is responsible for what. This is important because there are so many consequences if the relationship goes south but the pair is responsible for a home together. There won’t be the same rights as there are for a married couple.

If your name is on mortgage, but not on the title, it means you’re responsible for the debt, but you have no rights to the home! Don’t let this happen!

Steve Pomeranz: It’s time for Real Estate Roundup. This is the time every single week we get together with noted real estate agent, Terry Story. Terry is a 30 year veteran with Keller Williams, located in Boca Raton, Florida. Welcome back to the show, Terry.

Terry Story: Oh, the baby boomers. They need to. We need inventory. If they would only sell their homes, a lot of our issues would be resolved.

Terry Story: Sell your homes. So yes, so part of it, Steve, is they’re working longer, and they’re just defying the traditional bonds of advancing age.

Steve Pomeranz: I don’t know what that means, advancing age. I refuse to consider that.

Steve Pomeranz: Well, they’re not downsizing or retiring these days at 65 or 66. Some people are just going to work-

Steve Pomeranz: Into their 70’s.

Terry Story: Right, so it’s pushing it off, so it’s creating this void, if you will-

Terry Story: Of inventory that we should have.

Steve Pomeranz: 52% of boomers say they’ll never ever move from their current home. I don’t know if I believe them, but it’s possible.

Terry Story: I like when they say this is our forever home. That’s my favorite because I know that within three years, they’re selling. It’s like yay, music to my ears.

Terry Story: This is your forever home. No, it never is.

Steve Pomeranz: You would think that… I guess when you first started the business, you thought oh, I’ll never see these people again, but now, as a veteran-

Steve Pomeranz: A 30 year veteran, you’re just like oh, I’ve heard that before.

Terry Story: He gave me a call the other day.

Terry Story: He’s going to put his place up for sale-

Terry Story: And he did.

Terry Story: He kept his promise-

Steve Pomeranz: Wow. Okay. Well there’s this other term called aging in place, which is another term I don’t like, but it’s creating this tendency for boomers to stay.

Terry Story: Right. Part of it is they’re working longer so they don’t want to move. Their homes are, in many cases, just a mile down from their work-

Terry Story: Because they bought the home many, many years ago. Today, to get something affordable, you have to go way out in the suburbs-

Terry Story: So that’s part of it.

Steve Pomeranz: You know, the thing too is, you would think that there would be a need to downsize. I mean, so let’s move, let’s talk about that.

Steve Pomeranz: You have this bigger house with all your kids and everything. They’re up and out, and you sitting here with a house you have to clean and you have to air condition and so on. But they’re not downsizing, either. That’s interesting.

Terry Story: Well, they are downsizing, but the key to all of this, Steve, is it’s not until later. Even with my own parents-

Terry Story: They’re 79 years old. They just downsized and they didn’t even downsize much. They went from a super large home to a large home.

Steve Pomeranz: So people are upgrading their homes instead?

Terry Story: Yes, that was the key. So what they got was they got rid of the larger home, older home that’s going to need more-

Terry Story: Money going into it, got something smaller yet more upgrades.

Steve Pomeranz: I guess a lot of these over 55 communities, too, they’re kind of fun places to live now. According to the commercials-

Steve Pomeranz: Golf, you know? Everybody’s so happy and having so much fun.

Steve Pomeranz: But I mean, there’s more to do in these communities so they don’t really have to go anywhere.

Steve Pomeranz: Right. All right, so this is an interesting… This is under the Real Estate Survival Guide, and we talk about that it’s a segment that I like so much. These are questions, and here’s the question, or here’s the point. Couple’s therapy, sharing a deed without an I do first.

Terry Story: Yes, it’s… I don’t really suggest… I shouldn’t say that. I’m old fashioned. The I do should come before the deed. Now what I mean by that-

Steve Pomeranz: Which deed are you speaking about?

Steve Pomeranz: How old fashioned are you?

Terry Story: I realized when I said that. Let me rephrase that.

Terry Story: Now the deed that I’m referring to is a commitment. If you’re a young couple and you’re not married, and you’re going to purchase a home together, at least realize you should go see an attorney so that you have a legal document drawn up because there’s so many consequences to this-

Terry Story: So many issues that you don’t have a lot of rights as you would in a traditional-

Terry Story: In a married couple-

Terry Story: In protections. That’s the first and foremost.

Steve Pomeranz: I think also, you want to really have an honest conversation about your separate finances because the other person may have outstanding liabilities or may have had a problem with that in the past and these are things that have to come out if you’re going to get into partnership with them.

Steve Pomeranz: Why, does that have to be in the contract? I’m never putting that in a contract. No, but now I’ve totally lost my train of thought. But the fact is, what if the registration of the home is in one person’s name, but there’s two people on the mortgage?

Terry Story: Yes, oh that’s not good. So, people listen up. If your name is not on the title and only on the mortgage, that’s bad.

Terry Story: That means you have no rights to the house, but you’re paying for that debt-

Terry Story: And I’ve seen that. That’s why I allude to having a commitment, a written document drawn up by an attorney.

Steve Pomeranz: A lot of people may not really want to reveal their finances before they get married. You know, I could understand it, but really, if you’re really going to tie the knot, at some point it’s a good idea to bite the bullet, get it all out there-

Steve Pomeranz: On the table. As a matter of fact, I think if one person wants to do it and the other person doesn’t, you’ve got to wonder why the second person doesn’t want to do it.

Steve Pomeranz: It may mean something.

Steve Pomeranz: Why, are you speaking from-

Terry Story: Oh, no. No, I’ve seen that. I was joking with a group of people. I said, you realize when you are married and you’re applying for a mortgage, they take the lower of the two scores-

Terry Story: So, when you’re in a commitment, a relationship with someone, you might want to ask, oh by the way, what’s your credit score? You know when you’re on dating.com-

Steve Pomeranz: On the first date. Or maybe you should list your credit score.

Steve Pomeranz: 830 credit score, right? Have my own car.

Steve Pomeranz: Drive at night. Okay, enough. My guest, as always, is Terry Story, 30 year veteran with Keller Williams located in Boca Raton, Florida, and she can be found at TerryStory.com. Thanks, Terry.