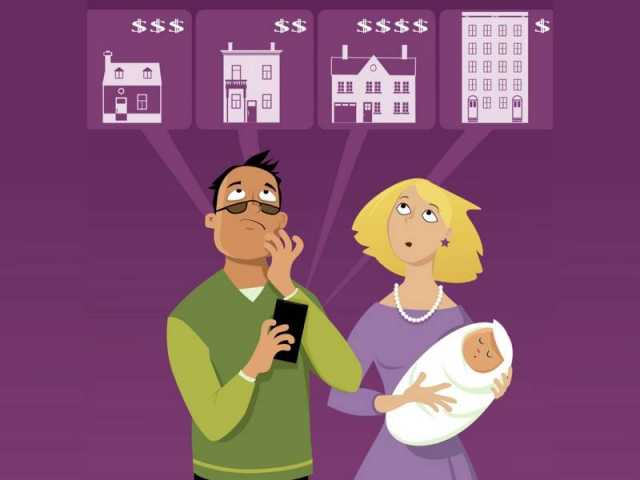 Crisis Of Affordability With 7% Drop in Inventory Of Sub-$100,000 Homes

Steve kicks off the show with some good-humored banter about Terry’s six-seater golf cart that she’s been driving around her neighborhood and giving people rides in, for free.  Then, getting serious, Steve turns to an article that says some housing markets are reaching crisis levels for affordability.  Terry confirms this with data on America’s affordable housing crisis that shows a 7% annual drop in national inventory for homes priced below $100,000, making home purchases harder for lower income buyers.  She also cites a 2% inventory increase in homes in the $100,000 – $200,000 range, a 20% increase in homes in the $500,000 – $1 million range, and a 30% increase in homes above the million-dollar mark.  So if you’re looking for a luxury home—anything that lists for over $1 million—now’s a good time to buy because there is a lot of inventory in that price range.

Terry believes psychological price levels matter and advises sellers to factor in these benchmarks.  For example, a home appraised at $500,000 has a better chance of selling fast if it’s listed at $499,000 than if it’s on the market for $525,000 because buyers get cold feet when they think of buying a home for “half a million” but seem perfectly okay with the virtually equivalent price of $499,000.  Moreover, list prices should factor in comparable home sales.  So a $525,000 listing becomes an uphill climb if comparable homes in the neighborhood sold in the 4s ($400,000 – $499,000), not the 5s ($500,000 plus).  A lot of buyers also run their searches up to $500,000 or $1 million because those benchmark numbers represent psychological barriers.

The bottom line, says Steve, is that there just aren’t enough houses for sale, not just in localized markets but across the nation.  As a result, existing home buyers—looking to downgrade or upgrade—just aren’t willing to sell because they know they’ll have a hard time buying something else, and this reinforces the inventory crunch and worsens America’s affordable housing crisis.  Terry wholeheartedly agrees and relates her own case where a couple looking to move to a smaller home backed out of selling because they simply did not like any of the limited set of listings in the lower range.

Why Builders Aren’t Jumping In To Satisfy Demand

Finally, Steve asks why, in the Boca Raton area, builders aren’t chomping at the bit to build more houses to meet strong demand and solve America’s affordable housing crisis, and wonders if they’re simply running out of buildable land.  Terry attributes this to a shortage of land and to past zoning decisions that approved rental housing.  Steve ends by noting the dilemma of long development cycles in real estate, where the trend changes from, say, recession and high demand for rentals when the project starts to, say, happy economic times and high demand for home ownership by the time the project gets completed, much to the chagrin of home developers.

Steve Pomeranz: So I know we’re recording this before the 4th of July, and I know that it will air after the 4th of July.  But what do you have going this weekend?

Terry Story: Wow, I can’t wait, I’m going away, going to the Keys.

Steve Pomeranz: That’s your favorite place, right, one of your-?

Terry Story: I love going to the Keys.

Steve Pomeranz: You go there, yeah.

Terry Story: It’s one of my favorite local places to go.

Steve Pomeranz: And I understand that you got a new golf cart, and you’ve been driving it around locally, tell us about it.

Terry Story: Yes, it’s a lot of fun to drive through the different neighborhoods. And it draws a lot of attention, that’s for sure; it’s a six-passenger golf cart.

Terry Story: I’ve had people, and it’s the God-honest truth, driving through Mizner Park, they’re like, will you give me a ride? So, they think they know I’m an Uber person driving people from one shop to another.
[LAUGH]

Steve Pomeranz: They think you work for the city.  [LAUGH]

Steve Pomeranz: Now, of course, knowing you, you’ve got your real estate logo and everything-

Terry Story: You know it.  [LAUGH]

Steve Pomeranz: Going on there, of course.

Terry Story: I got a lot of bling, bling and lights. It’s fun.

Steve Pomeranz: Okay, all right, let’s get serious here.  So, I’m reading an article here that says some markets are reaching crisis level.  What are they talking about?

Terry Story: Boy, and this, I can see it even in my own market; we really feel the crunch.  What we’re talking about is affordable housing.  And to give you an example, break it down to different price ranges, under 100,000 it’s down 7% year over year, then you go 100 to 250-

Terry Story: The sales and the different price ranges.

Terry Story: So, the reason why the percentage is down 7%, say, under 100,000, is because there’s no inventory, there’s nothing to sell.

Steve Pomeranz: Do you consider 500 to be luxury these days?

Terry Story: I tend to think it’s anything over a million.

Steve Pomeranz: Yeah, yeah, I mean, I remember years ago when I was buying my first house, we were spending 200 to 225.  And anything at 500 seemed really out of my range.  That seemed to be pretty luxury, but interest rates were much higher back then.

Terry Story: Yeah, well, interestingly, I was on a listing appointment yesterday, and we were trying to determine the number.  And I explained to her, she wants to go over 500 to, say, 5 and a quarter.

A lot of people will only run their search up to 500 because it’s such a big psychological barrier, assuming they can afford it.

Steve Pomeranz: Well, no, but isn’t the opposite true?  I mean, if you’re looking for something a little more expensive, you’re going to say minimum 500?

Terry Story: Yeah, absolutely, if you’re looking at properties that are higher than that.  But 500, those benchmarks of 500, the million, they’re big benchmarks.  And psychologically, it’s hard for people to look over those numbers or consider it anyway.

Steve Pomeranz: The bottom line is that there’s just not enough houses for sale; you’ve been complaining about this for a really long time.  It seems like it’s a national problem, not just in our local area. And the question is, it’s kind of locked in this conundrum in the sense that people aren’t listing their houses because they know they’re not going to be able to find anything on the other side.  So, it creates this vicious cycle.

Terry Story: It absolutely does, and I can’t tell you how many appointments I’ve gone on in hopes of getting the listing and reality kicks in. It actually happened this week; I met with the people, they’ve been in their home for 17 years.  They’d like to move, really for no reason except they’re tired of their house and they want something different and they would like to downsize a little bit.

Terry Story: They’re even willing to spend more money.  So, they said, well, before we put our home up for sale, we need to see what’s out there, so I sent them a list of inventory.  And they sent an email back said, wow, there’s really nothing for sale, we don’t even like anything that you sent us. I guess we’ll keep looking, but we’re not prepared to put our home on the market unless we have a good sense of where we can go or some place that we would like to make a move to.

Steve Pomeranz: Actually, a neighbor of mine is moving, and they’re moving to another community.  And they received a cash offer for their place, and they’re just like, yes, we’re taking it.  And then they went to the new area and they saw something, and they’re bidding up for it, they’ve got to nail it down.  So, they’re playing it very tight, and the cash offer on the sell side was much more attractive than another offer they got, where people were looking to finance.

Terry Story: Absolutely, I mean, cash is always king. And in a lot of cases, sometimes you’ll see cash offers and they’ll be, say, $15,000 less.  And depending on everyone’s decision as to whether they’ll take a cash or a mortgage, if the mortgage offer is, say, $15,000, $20,000 higher, they’ll generally take that over the cash offer.

Terry Story: But there’s risk, and it depends on if the number that they’re accepting is something that’s reasonable.  A lot of times in a multi-bidding war that you’ll see, let’s throw the number 500, so the house is probably worth, say, 500, buyers will make multiple offers.

Terry Story: So, they’ll gamble on that it won’t appraise, and then they’ll have to renegotiate with the seller and end up maybe paying 525.  So, you’ve got to be careful for that too; look at that financed offer and see if that’s even an obtainable number in the eyes of a lender.

Steve Pomeranz: What I don’t really understand is—and I know in our area there’s a lot of building—but it’s mostly high-rise rentals, you’d think the builders would be chomping at the bit to build more houses to meet this demand.  What, are they running out of land or something?

Terry Story: Well, definitely running out of land, and I think a lot of the stuff in our area was slated to be rentals years ago.

Terry Story: So, those decisions were made years ago, and now it’s put into action.

Steve Pomeranz: That’s the one problem with building real estate is that the lag time is so long that by the time the project is done, either the economy [LAUGH] is in recession-

Steve Pomeranz: Terry, we’ve got to stop here.  My guest, as always, is Terry Story, a 28-year veteran with Coldwell Banker, located in Boca Raton.  And she can be found at terrystory.com, Thanks, Terry.