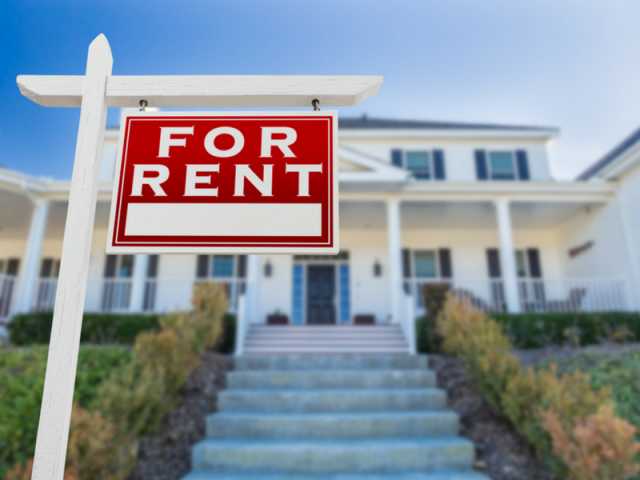 We’re Still In A Seller’s Market

As home prices rise above $600,000, they become less affordable.  Terry sees $600,000 as a transition price between a seller’s market and a buyer’s market.  More expensive homes attract fewer offers.  As a result, buyers have more bargaining power.

Six months of inventory signals a normal market.  When housing inventory dips below six months, there are fewer sellers on the market than buyers.  This signals a seller’s market.  When inventory rises above seven or eight months, buyers have greater bargaining power and can negotiate prices down more aggressively.

Home Ownership Costs On The Rise

Harvard University recently released its 2018 State of the Nation’s Housing report.  The report states that nearly a third of U.S. households (38.1 million) paid more than 30% of their incomes for housing.

Mortgage lenders go by a 28% rule of thumb.  According to this rule, monthly mortgage payments should not exceed 28% of the borrower’s monthly income.  Terry attributes the report’s 30% ratio to the steady rise in home prices over the past decade.  In addition, an uptick in mortgage interest rates from 3.75 percent to 4.75 percent has also contributed to rising homeownership expenses.

One upside for renters is that rental prices appear to be flattening out.  This is partly because a large number of newly constructed units have now become available for rent.

With rents coming down, one would expect there would be less demand for houses.  Yet, home prices continue to rise.  As a result, it’s cheaper to rent than to buy in most housing markets.  In such cases, Steve recommends investing the difference to build up your portfolio, something most renters don’t do.

Screening tenants is very important to your long-term success as a landlord.  Your tenants will either maintain your property nicely or trash it.  So verify their rental history, check their income and credit history, and do criminal background checks.

Steve adds that it’s important to know your tenant’s debt obligations so they do not fall behind on the rent.  If the rent costs them 50 percent of their income, they likely will not make good tenants.

Make sure you’re up-to-date on landlord-tenant laws.  For instance, Florida has laws that are very specific about what a landlord is obligated to do. So make sure your rental agreement has been developed by an attorney.

Not all properties make for good rentals.  Pick a property that is priced to make you money.  Skip properties that are too expensive because they are harder to rent.  Expensive rentals also reduce your margin of safety.

Rental units need maintenance, such as a new paint job or carpet before the next tenant.  In addition, landlords face other routine maintenance expenses.  Rental units could also be empty for months before you find a suitable tenant.  Be prepared for these expenses and budget about at least $2,000 per year for them.

Take care of rental repairs and upkeep right after your tenant moves out.  Don’t wait for the last minute because delays will reduce your rental income for the year.  Moreover, it’s easier and more efficient to get this work done when the property is empty.

Finally, a property without tenants reduces your effective rent.  For example, if a $2,000 rental is vacant for a month, your effective annual rent drops to about $1,800.  Landlords are often better off retaining good tenants with minimal rent increases than finding tenants willing to pay more.

If you’re thinking of becoming a landlord, keep these rental tips in mind to make the most of your investment.

Terry Story: Sherry, do you want me to continue singing?

Steve Pomeranz: No, absolutely not. Thank you. I’m having trouble pulling it together without you singing, thank you. So, Terry, what’s going on in your world? How’s business?

Terry Story: Well, besides being awesome.

Terry Story: What we see out there is still a shortage of inventory.

Terry Story: The buyer demand is still there.

Steve Pomeranz: Are you seeing people bidding up for homes as much?

Terry Story: Steve, it’s all about price point. If you look in our marketplace, for example, anything under $600,000, we’re still in a seller’s market. It kind of starts to transition when we get over $600,000. And then the higher you go up, it’s really more of a buyer’s market than a seller’s market.

Steve Pomeranz: So how do you define a buyer’s market?

Terry Story: So buyer’s market will go with the six-month level. So if there’s six months of inventory on the market, it’s really considered more like a normal market.

Steve Pomeranz: So buyers have leverage, that’s what you’re saying-

Steve Pomeranz: So they get to negotiate more actively or more aggressively.

Terry Story: Correct, in our marketplace, really, when you get to million and above, we’re seeing very much a buyer’s market.

Steve Pomeranz: But under 600-

Steve Pomeranz: But there’s been recent reports which have stated that  38 million of us here in America are paying too much for our monthly housing expenses.

Terry Story: Well, there are some safeguards. When you get a mortgage, the traditional is 28, 36, so they don’t want to lend you more than 28%. Actually, that’s not a 100%. Those numbers will be pushed, but traditionally 28% of your-

Steve Pomeranz: Of your income.

Terry Story: Of your income. And that should be the rule of thumb that you follow. People are pushing 30%, pushing a little bit higher than that depending on their debt. That’s because things have gotten more costly.

Terry Story: Right, that takes a chunk out of it for you.

Terry Story: And now you’re looking at nearly 21 million renters paid more than 30%. So the renters actually are getting hit harder than the-

Steve Pomeranz: I’m noticing that there seems to be some softness in the pricing of rental properties, meaning that since so many rentals have been built over the years and are coming on line now…

Steve Pomeranz: That prices are softening a little bit or they’re flattening out.

Steve Pomeranz: So it’s starting to turn a little bit into the favor of renters, and yet home prices have been rising and getting more expensive. So it used to be the other way around.

Steve Pomeranz: It’s cheaper to buy a house, now it seems renting, not yet.

Terry Story: We’re not quite there yet.

Steve Pomeranz: But there are other reasons to own a house, other than price, right? I mean, you have family there, you have control over your own destiny, nobody is-

Steve Pomeranz: Build equity over the long term, and so on.

Steve Pomeranz: But in pure dollars, just doing the math, it’s starting to turn more in the favor of renters a little bit.

Terry Story: if you could be a renter, and you can actually live cheaper as a renter than you can as an owner. Now the things is, you’ve got to be disciplined to take the difference between what it would cost to rent versus own and sock that in the bank.

Terry Story: [LAUGH] And most people aren’t able to do that.

Steve Pomeranz: All right, so we have six tips to help first-time landlords succeed. I saw this, and I go, wow, that really sounds like something that we’d want to know about.

Steve Pomeranz: So what is tip number one?

Terry Story: Screen your tenant. And then screen them again and then again.

Steve Pomeranz: It’s not predictable, it’s not that predictable. But I thought you were going to talk more about their ability to pay the rent.

Terry Story: Well, that too.

Terry Story: Paying the rent is important too. Obviously, looking at their debt to income. So you’ve got to get their tax returns or their paystubs.
And again, if you’re using a realtor who uses a screening company-

Terry Story: They’re going to screen for their income and do all of these steps for-

Terry Story: Right, but keep in mind, if you’ve got somebody coming in to rent your place and it’s costing them 50% of their monthly income to rent, those aren’t going to be good tenants for you.

Steve Pomeranz: Okay, yeah, you made your point. All right, number two, know your tenant’s rights upfront. So this is the other side of the coin.

Terry Story: Right, if you’re going to be a landlord, know what their rights are and certainly know what your obligations are. If there is going to be a problem and when there is a problem, not if, it’s usually when it’s going to come down to technicalities.

Terry Story: So eyes, cross your…

Steve Pomeranz: Okay, number three. Choose the right money-maker property, which I read as do the math, make sure that you’re running this as business and it will be profitable with a margin of safety too.

Terry Story: Right, you need to know what you’re investing in. Not all properties are good rental properties.

Terry Story: Absolutely. Every time a tenant moves out, chances are you’re going to have to paint the whole place. There’s constant maintenance with any kind of property, so be prepared for it. It should be no surprise. Budget a couple thousand dollars for sure.

Steve Pomeranz: Now, when you own a home you have these maintenance expenses yourself.

Steve Pomeranz: When you rent, you don’t have them because the landlord has them, but theoretically those costs are in your rent.

Steve Pomeranz: That is some common sense.

Terry Story: It is, but a lot of landlords don’t. The time to take care of all those repairs and what have you is in between tenants.

Terry Story: Certainly, don’t wait until the last minute, which a lot of them do. Like, I’ve got somebody moving in, so I’ll go ahead and take care of it now.

Steve Pomeranz: Gotcha, and finally plan for vacant months, but try to avoid them too.

Terry Story: Absolutely. Any time you’re going to transition from one tenant to another, you’ve got a vacancy. You’ve got to consider, hey, if it’s $2,000 a month I’m collecting and I want to raise it a bit, aren’t I better off just-

Steve Pomeranz: Got a good tenant. You want to keep the good tenant. Maybe you don’t raise it if you feel like there’s pressure, they could go somewhere else or something like that.

Terry Story: Right, if you have a vacancy, it’s going to cost you a lot more.

Steve Pomeranz: Don’t forget, if you’re receiving $2,000 a month and it’s vacant for one month, now your effective rent is about $1,800 a month.

So that may have not been figured out, figured into your budget.

Steve Pomeranz: All right, my guest as always is Terry Story, a 29-year veteran with Keller Williams, located in Boca Raton, Florida. And she can be found at terrystory.com. Thanks, Terry.