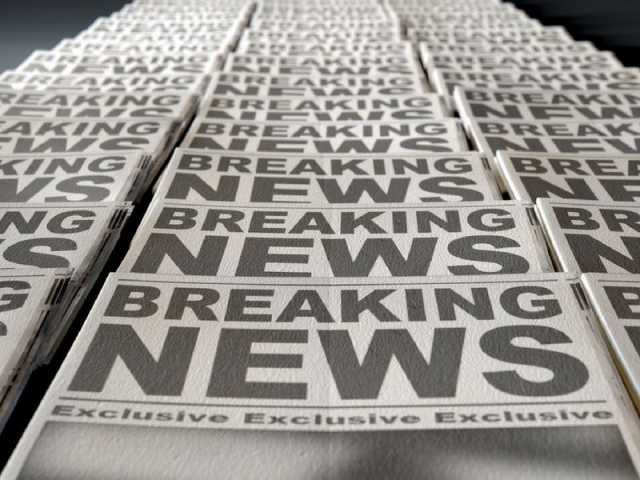 Terry kicks off Real Estate Round-Up by quoting a recent Freddie Mac September 2017 Outlook Report on trends for the mortgage market in 2018.  The report projects that new homes should be the primary driver of sales next year, with a two percent bump-up in total home sales from 2017 to 2018.  Freddie Mac expects a moderate increase in mortgage interest rates in 2018 which, with a slight increase in housing supply, should reduce U.S. house price growth to about 4.9 percent in 2018, down from about 6.3 percent in 2017.

Steve sees this as a healthy trend for the housing market because an increase in new homes should address the inventory shortage that realtors have been lamenting about for the past eight years, soften home prices, and keep the housing market from getting ahead of itself.  He’s happy to hear that the imbalance of the past few years might now get addressed.

Steve believes Freddie Mac’s forecast for a slight increase in mortgage rates is reasonable.  Terry agrees and predicts that homeowners will continue to build-up equity in their homes in 2018, which should result in more cash-out re-financings, and they both agree that the Outlook Report is “all good” for the housing sector!

Mortgage Delinquencies Could Increase In The Aftermath Of Hurricanes

Next, Steve wants to know if the 2017 hurricanes that hit the United States and Puerto Rico could affect mortgage delinquencies more than originally predicted.  Terry cites a report by Black Knight that suggests that about 300,000 borrowers in the Houston area could become delinquent on their home loans over the next few months, with about 160,000 borrowers expected to become seriously delinquent and more than 90-days past due on their mortgages.

Extending that analogy to Florida in the aftermath of Irma, Terry adds that Florida has 2.8 million mortgaged properties in FEMA disaster areas – that’s more than four times the equivalent statistic for Hurricane Katrina and more than twice the number of FEMA disaster homes hit by Hurricane Harvey.  Accordingly, she expects to see a sharp rise in mortgage delinquencies in Florida too because of the sheer size and impact of Irma.

Terry believes foreclosures could also rise in Florida because about 5% of Florida home borrowers are “upside down” on their mortgages – with homes worth less than what they were bought for.  Add in sizable post-Irma repair costs on damaged homes, and you’ll see that negative-equity homeowners will be happy to let the bank possess those battered homes. So a rise in foreclosures seems quite plausible.

Steve also refers listeners to his website – www.StevePomeranz.com – where readers can find Steve’s interview on disaster survival tips such as what to do if you can’t pay your mortgage because of a storm related incident.

What’s interesting is that despite the widespread devastation caused by Hurricanes Harvey and Irma, a recent survey by the National Association of Realtors shows that both buyers and sellers are confident that the housing market is strong, with 80% of surveyed homeowners of the opinion that now is a good time to sell.  She cautions, however, that this optimism does not always translate into people actually putting their homes on the market.  Steve agrees and adds that downsizing is a bit of a challenge because it’s hard to find affordable smaller homes.

In closing, Terry reminds us that the rise in rents and home prices over the past few years has outpaced income growth, so many first-time home buyers just haven’t been able to save-up for a down-payment – causing a decrease in home buyers, with this double-whammy of inventory shortage and buyer-shortage squeezing home sales from the supply and demand sides.

Steve Pomeranz: It’s time for Real Estate Roundup. This is the time every single week we get together with noted real estate agent, Terry Story. Terry is now a 29-year veteran with Coldwell Banker located in Boca Raton, Florida. Welcome back to the show Terry.

Terry Story: Thanks for having me Steve.

Steve Pomeranz: So, I want you to put on your wizard hat, get your crystal ball all shined up, and tell us what the housing market will look like in 2018.

Terry Story: Well, to start off, it’s expected that new homes are gonna be the primary driving force of sales for next year. Obviously, they must see that new construction is starting to ramp up for next year. They’re expecting an increase of about 2%, according to this recent Freddie Mac, September outlook report. Freddie’s economics are predicting an uptick in housing starts, coupled with a moderate increase in mortgage rates, and what that’ll do is that will actually slow the run up of the house prices for next year.

Terry Story: So if interest rates go up, prices will start to subside a little bit, couple that with new home construction sales rising. Another forecast from Freddie Mac, a 4.9% increase in home prices in 2018. Now, keep in mind right now we’re looking at about a 6.3% if everything continues this year. That would be pulling back a little bit.

Steve Pomeranz: You know, this all sounds very healthy to me because you’ve been complaining now for eight years, seven years, six years, about how there’s no inventory so I’ve been saying where are the builders? Why aren’t they out there just cranking out these homes but now you’re saying it looks like there’s going to be an uptick in new homes and the more supply there is out there, it’s gonna soften prices which is healthy because we don’t really want a market that gets ahead of itself and that is squeezed because of lack of inventory. It creates an unbalance. I think the forecast for mortgage rates to go up slightly is a very reasonable forecast. It sounds pretty good. Would you agree?

Terry Story: Yeah, absolutely and you’re gonna see people still being able to build some equity in their homes next year which is gonna turn into more cash out and refinancing being done so it’s all good.

Steve Pomeranz: Now, the United States and Puerto Rico have just experienced tremendous storms that we all know about. There’s some talk that these hurricanes could affect mortgages more than they were originally predicted, why is that?

Terry Story: Yeah, that’s right. Black Night Data suggests that about 300,000 borrowers in the Houston area could become delinquent on the loans and then out of that about another 160 would become seriously delinquent within the next 90 days. Then Florida, with the sheer volume of the area that it hit, Hurricane Irma, it’s expected to increase the delinquencies as well. There’s like 2.8 million mortgaged properties in the Irma related FEMA disaster areas and actually that’s more than four times that of Katrina and twice that of Harvey. That’s primarily because it was just such a wide area.

Steve Pomeranz: Yeah, well that storm … Do you remember seeing the pictures of Irma compared to Wilma, I think it was, or Katrina? I mean, Irma was huge in terms of its scope.

Terry Story: Yeah, I mean it swallowed up the whole state. We all felt something.

Terry Story: But see, Florida’s a little interesting too because right now there’s about 5% of the Florida home borrowers that are upside down on their mortgages still, so you couple that with … They become delinquent or what have you, we most likely are gonna see a little bit of a spike in foreclosure activity.

Steve Pomeranz: Yeah, don’t forget to go to the website Stevepomeranz.com because we’ve recently done a segment on what to do if you can’t pay your mortgage because of a storm related incident. You’ll find it at the site. Through all of this though, buyers and sellers are still pretty optimistic, right?

Terry Story: Oh absolutely, we just did a recent survey by the National Association of Realtors and basically consumers are not lacking confidence in the market. This is both buyers and sellers.  So what they’re seeing is both buyers and sellers are confident that the market is really good, 80% of the homeowners think it’s a good time to sell.  So now I just need them to go ahead and list their house. If I had this confidence with the sellers, then we would be pulling out of those.

Terry Story: Now just because they think that the economy is a good time to list their house doesn’t mean they’re actually doing it.  So we’re anxious to see if this confidence turns into people actually putting their homes on the market. We’ve talked about this before, sellers become buyers. Many of the sellers aren’t putting their homes on the market because when they look to see what’s out there to purchase they’re not seeing anything that they’d like to move to.

Steve Pomeranz: I think that’s it. I remember in the ’80s and the ’90s there was a big movement to upgrade, to get bigger homes, and a lot of these large so called McMansions appeared and then it was thought that well, as these people got older, they were going to downsize. I think downsizing has become a bit of a challenge because it’s hard to find affordable smaller properties.

Terry Story: That’s right, and then you look at the rental market, Steve. Most renters are most likely going to continue to rent and when they were surveyed over 50% believe that the rents are going to go up. So you say to yourself, “Well, if the rents gonna continue to rise, why aren’t they buying houses?” Well, a lot of them are saying, at least half of them are saying, the reason why they’re not buying houses basically is because they can’t seem to save enough for the down payment. You gotta remember the rents and home prices have outpaced incomes in the past few years, so this is undoubtedly impacting their ability to put aside the savings to purchase a home. It’s a double whammy.

Steve Pomeranz: Yeah, I mean mortgage rates have stayed low so the monthly cost is still pretty reasonable, but if a house goes from 400 to 600, and you gotta put 10 or 20% down, that could be a pretty big burden.

Steve Pomeranz: Yeah, yeah. All right, my guest as always is Terry Story. Terry is with us every single week to discuss the real estate markets both in our area of Florida and around the country. Terry is a 29-year veteran with Coldwell Banker and she can be found at Terrystory.com. Thanks for joining us, Terry.

Steve Pomeranz: If you have a question about what we’ve just discussed or a financial question you want answered, don’t forget to go to Stevepomeranz.com. Ask us anything you would like.