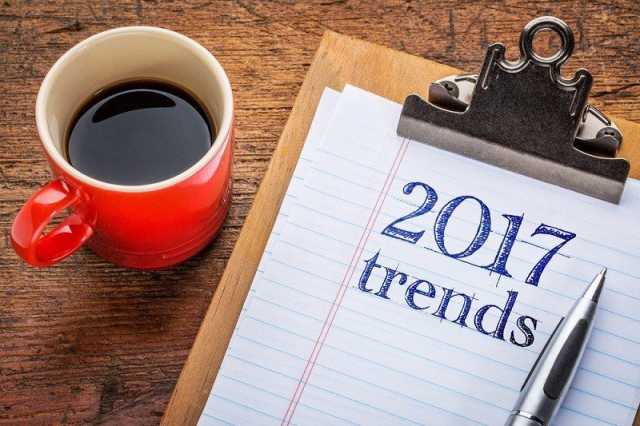 More of the same is not always a bad thing, and heading into 2017, Terry Story sees the real estate market continuing along its present path—low inventory and high prices. Both of these factors affect baby boomers and the elderly who hope to sell and downsize and young people with limited funds looking to move into their first home.

Many millennials have little option other than renting and, even though rental construction has been ramped up, the price of rentals still outpaces income which creates a conundrum if you’re trying to save for a down payment.

Rise and fall of interest rates

Terry says that if interest rates rise, which they are expected to do by the New Year, that increase coupled with housing and rental prices will create a double squeeze making monthly payments less affordable for most people.

Will self-correction save the day?

If prices remain too high, then buyers will stay away, houses won’t sell, inventory will rise, and prices will soften.

Cycles generally run in 10-12 year segments, and we’re now coming up to the end of one and the beginning of another. Regardless of the political or economic climate, we should begin seeing shifts and adjustments in certain areas.

Terry says a demographic shift is already occurring with the urbanization of the suburbs. Since housing prices have pushed many people to settle for living in communities outside of the city centers, shopping malls, restaurants, movie theatres, and other establishments common to urban centers are opening up in these areas.

Online shopping with free shipping and easy returns signals some warnings for many brick and mortar businesses. A case in point is Macy’s who this year announced the closure of a sizable number of its stores due to online purchasing. Expect to see some changes in the types of businesses occupying space in major retail centers—health clubs and gyms and restaurants, for example.

Steve Pomeranz: It’s time for Real Estate Round Up.  This is the time every single week we get together with noted real estate agent, Terry Story.  Terry is a 28-year veteran with Coldwell Banker located in sunny Boca Raton, Florida.  Welcome back to the show, Terry.

Steve Pomeranz: What are some of the things that we need to look for in 2017 as we approach year end? We start to think ahead; we’ve got a whole new political landscape out there, what about real estate?  What is 2017 going to look like?

Terry Story: First of all, I think we’re going to continue to see a lack of new supply of homes on the market.  That, of course, raises the price.  As the price rises, it’s harder for younger and older people to compete for the minimal amount of listing inventory that’s out there.

Terry Story: It’s an old story and the same story’s going to continue.  Apartment construction has been ramped up.  Rents still outpace income in many of the communities throughout the country.  This adds pressure to aspiring home buyers who are trying to save for that down payment to purchase their first homes.  The prices have outstripped incomes, and it’s making very challenging for millennials to purchase.

Steve Pomeranz: Let’s talk about that for a second.  I think there’s a double squeeze coming here.  I want everybody to listen up.  As Terry Story is stating, there’s not a lot of inventory of houses for sale.  It’s a supply and demand question that keeps prices high, firm, maybe even going higher.  Also, if you’re just starting out, say you’re a millennial, you’ve been renting, renting, renting; maybe you’re forming a household now; and you want to buy a house.  You’re looking at these houses that are more expensive, which may be a challenge for you as getting the down payment, but let’s even say you can put together a down payment, these houses are still pretty affordable because interest rates are still pretty low.

However, just this week we’ve seen a fairly significant uptick in interest rates.  I don’t know if it’s going to continue, if it does, I don’t know by how much, but you’re going to have this double squeeze because now you’re going to have these higher priced homes and higher interest rates, which will make the monthly payment on these homes less affordable.

Terry Story: That’s right.  When the interest rates start to rise, I usually see a surge of buyers come out trying to purchase something, to lock it in before the interest rates go up too high, which is the cost of purchasing a home.

Steve Pomeranz: I think it may soften real estate a little bit because maybe there’ll be less demand, and maybe possibly, Terry, sellers may go, Hey …”

Terry Story: There’s always that tipping point where you get to a point where it’s just too high, and then people will stay on the sidelines.  If they’re not buying then, of course, the inventory starts to build.  The supply rises, and the demand being down, the prices will decline a little bit.  I don’t see any dramatic …

Steve Pomeranz: No, nothing at this point, but just going through this psychology, let’s say I’m selling a house and I’ve been waiting, now I’m seeing that prices are softening, that may bring me out of the woodwork, so to speak, and start …  You were saying that buyers were buying in anticipation of higher rates, sellers may start to sell in anticipation of lower prices.  This is all theoretical, but it’s just something to think about.  It’s the interesting dynamics of working with a free marketplace.  It’s good.  It’s the way markets self-correct themselves.

Terry Story: You remember, Steve, everything cycles.  Cycles usually run every 10-12 years, and we’re at that point.  Regardless of the political climate or the overall economy, we’re in a point, time-wise, where historically we should see some shifting around, adjustments.  It wouldn’t be surprising to me if we see a little bit of a pullback.

Steve Pomeranz: I think, Biblically, it’s supposed to be every seven years, but I don’t think they had the Fed during Biblical times, so now it’s been extended to ten years.  Let’s talk about some other issues affecting real estate.  We talked a little bit about demographic shifts, this idea that millennials are starting to form households.  What do you have to add for that?

Terry Story: You’ve got [densification 00:04:23] urbanization.  Basically, what that means is there’s a big draw from the rural areas and the suburban areas to be closer to the downtown areas.  We’re going to continue to see that.  What’s also interesting is we’re also seeing the suburbs trying to urbanize.  You go out in the suburbs, you see a lot more shopping centers.  It’s like trying to bring the city to the suburbs.

Steve Pomeranz: Could there be any more shopping centers?

Steve Pomeranz: If there is a 10×10 strip of land, they put up a store.  It’s amazing what’s going on down here.

Terry Story: We can look in our own community here in Boca Raton area— and I’m sure it’s throughout the country—you see these huge buildings being built, where they have housing above and downstairs is commercial space.

Terry Story: You’ll have restaurants, retail shops.  It’s mixed use.  You have residential mixed in with commercial property.

Steve Pomeranz: Very, very interesting.  We talked about demographics, [inaudible] the millennials growing up.  This densification, this urbanization that you just spoke about, we’re talking about the top issues of real estate going into 2017, we’ve talked a little bit about housing affordability.  I mentioned a little about credit constraints.  Have you seen any difference with your clients getting a mortgage or the ability to get financing?

Terry Story: There still are minimum requirements.  It has loosened up, especially over the last several years.  It’s not anywhere near what it was, nor should it go back to that point, but it has loosened up a little bit, making it a little easier to obtain finance. The other thing is there’s programs out there where you can put down as little as 3% to get a mortgage, where a lot of people still believe you have to have at least 20%, but that’s not the case.  That’s also an indication that the market is healthy and the lenders are willing to lend.

Steve Pomeranz: Finally, the sharing and virtual economy is one that you and I have discussed off the air, what is that and how is that affecting real estate?

Terry Story: This is more, I believe, a commercial real estate issue.  For example, Macy’s.  A lot of the Macy’s are closing because they’re doing a lot of shopping online.  In the relatively near future, we’re going to see less and less retail stores, and we’re going to see more online purchasing.  This is that concept of the virtual economy.  That’s how I interpret what this means.

Steve Pomeranz: Yeah, that’s a big change.  I would say that, at least in our area, the malls are big.  The malls are ramping up.  They’re changing.  I know in our mall down here, there’s a gym in the mall.  There’s quite a number of upscale restaurants as well.  They’re reacting to all of our online buying and selling anyway.

Terry Story: That’s right.  It’s great to go online buying.  Instead of going in the mall, you order a couple of dresses, they send them to you and if you don’t like them, you physically go back and return them to Macy’s or what have you.  You don’t have to go to the mall.

Steve Pomeranz: My guest, as always, is Terry Story.  Terry is a 28-year veteran with Coldwell Banker located in Boca Raton, Florida.  She can be found at Terrystory.com.  Thanks, Terry!