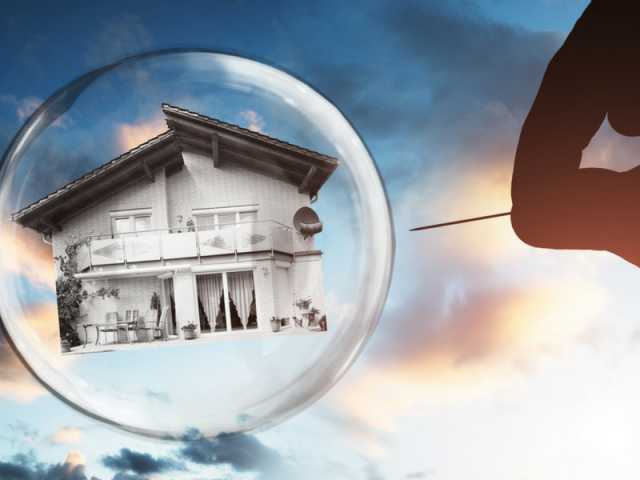 Additionally, the April 2018 Mortgage Monitor Report notes that the combination of 6.5% home price appreciation (HPA) and a 0.75% jump in mortgage interest rates have resulted in a $150 increase in monthly mortgage payments on a median-priced U.S. home.  This $150 increase is a 14% increase over a span of four months since January 2018.

Over the past few years, incomes have appreciated at a 4.37% annual pace. This home price appreciation is well above the 2.75% average over the past 25 years.  Even so, the 6.5% increase in home prices has made homes less affordable relative to long-term norms.

A recent CoreLogic report on April 2018 home prices, highlights 12 markets with the largest annual increases. This distinction could mean there is a danger of a housing bubble.

Steve notes that this terminology is analogous to that used in the investment business to indicate how stock prices compare to the value of the underlying company.

The 12 most overvalued markets in the country include:

Of the 12, even though Tampa-St. Petersburg has the lowest median sales price, it is still overvalued relative to its long-term sustainable value.

Las Vegas, at #3, which took the biggest hit in the 2008 recession, appears to have the most cyclical and sensitive housing market.

The most overvalued housing market in the country is in San Jose, CA, where the median sales price exceeded a million dollars and still increased at an 19.7% pace.

In Steve’s backyard of South Florida, home prices have increased but nowhere near the 19.7% rate of San Jose. Homes in this market continue to be affordable.  Terry just listed a home for sale at $650,000, which is well below its 2006 selling price of $736,000. This indicates that some markets have not yet fully recovered.

Over time, home prices generally keep up with inflation, help you build equity, and are a solid long-term investment.  In closing, Steve notes that homebuyers should see homes not solely as investments but for the value they offer to families, such as good schools and neighborhoods in which to raise children.

Steve Pomeranz: It’s time for our Real Estate Round-Up. This is the time every single week we get together noted real estate agent Terry Story. Terry is a 29-year veteran with Keller Williams located in Boca Raton, Florida, and she is in the studio with me today. Hey, Terry, welcome.

Terry Story: Hey, Steve, thanks for having me.

Terry Story: Threw you off there a little bit.

Steve Pomeranz: Glad to see you, all right, let’s get to business here. Markets are changing, we’ve got housing prices rising. And I don’t think incomes are rising quite as fast, and it’s creating a bit of a squeeze.
What’s going on?

Terry Story: I’m going to give you an example. Rising home prices and mortgage rates have increased the monthly payment course of the medium-priced home. To give you an example, if you had a 20% down payment on a 30-year mortgage, your increase would be about $150 a month

Steve Pomeranz: Which is substantial.

Terry Story: Right, and that marks about a 14% increase since the start of 2018. So that gives you a sense of real money what we’re talking about here.

Steve Pomeranz: That’s a big jump, because this is only June.

Steve Pomeranz: And this is six months…

Terry Story: It costs you now 150 bucks more a month.

Steve Pomeranz: To make up for the rising cost of houses and the rising interest rates on the mortgage.

Steve Pomeranz: Yeah, so I guess that brings up the point, let’s talk about what areas of the country, where markets are overvalued, or say fairly valued and undervalued. This is terminology that we use in the investment business a lot. A company’s price, the stock price can be overvalued, meaning it’s worth greater than its intrinsic value or undervalued meaning it’s worth less.

And now, they’re starting to do that, kind of real estate, real estate is kind of coming into kind of the investment world or investment terminology. So, the definition, at least by this article is that an overvalued market is one where home prices are at least 10% above long-term sustainable levels.

That sounds kind of, you know, cloudy to me.

Terry Story: Right, I don’t really know how they calculate it…

Steve Pomeranz: Conversely, undervalued market is one that is at least 10% below sustainable values. So let’s take a look at some of the markets— and there are 12 listed here of the most over-valued markets in the country. The first one is Phoenix, Arizona.

Terry Story: Yep, Phoenix is number 12, and then we drop down to Tampa, St. Pete area.

Steve Pomeranz: Okay, so the median sales price in Tampa is $190,512. The annual home price increase has been just under 8%, okay, so that’s a lot. Homes increasing by 8%, that’s a pretty high rate.

Terry Story: It’d be a good place to have purchased.

Steve Pomeranz: Especially, five years ago or something.

Steve Pomeranz: All right, number ten. Fort Worth, Texas, the median sale price of a home is 232. Prices are increasing by 8%. Number 9, Nashville, Tennessee, prices are 254,000 increasing by 8%, there seems to be some kind of a pattern here.

Steve Pomeranz: That’s right, doesn’t it? And of the four that I just mentioned, I didn’t actually mention, Phoenix has got a median sales prices of 250 so. And you got 250, but Tampa is 190, so Tampa even though it’s cheaper in dollar terms is still over-valued relative to this measure of sustainable value which is very interesting.

Steve Pomeranz: Now, we’re starting to talk some real money. Again, increasing by 8.5%. Number six on the hit list of the top overvalued, how do I sound like a DJ? Am I getting there a little bit? Of the top, of the most over-valued cities in the country, number five, Portland, Oregon median sales price 365, annual home price index increase of 9.5%. This is where we’re going to start to see some numbers really move here.

Steve Pomeranz: Number three, Las Vegas which took the biggest hit in the recession, they’re the most cyclical and most sensitive, I should say. Median sales price only 267,000, annual home price increase of 13%.

Steve Pomeranz: Most over-valued city in the country, drumroll-

Steve Pomeranz: Yeah, and that surely is, so what do we make of all of this? So we live in South Florida. What do you think if you had to guess, I realize you’re not a research statistician.

Terry Story: We’re not there yet, we’re not over-valued.

Terry Story: I mean the prices are definitely rising in our marketplace, we can feel it, we can see it.

Steve Pomeranz: I don’t feel like they are rising 8%.

Terry Story: No, we’re definitely not rising anywhere near those kinds of rates. In some pocket areas and neighborhoods, we are back to 2006, and in other areas, we’re not. So, ironically, I just listed a house for sale that I sold in 2006. They bought it and then the market tanked.

Terry Story: So to me, that one sale gives me a barometer as to what’s going on.

Steve Pomeranz: So that’s 12 years and not a break even.

Steve Pomeranz: That’s a lot. Well, so generally speaking, there’s the idea that you’ve got to live somewhere, that you buy your house based on market prices, and it’s really not an investment, quote end quote. Over time you can build equity. I thought that real estate, especially residential real estate, grows at about the rate of inflation overtime. Sometimes faster, but then you have these hits during recessions, so it all averages out over  time.

Terry Story: And this particular family I just mentioned, they made a lot of money on the previous house.

Steve Pomeranz: Yeah. Do they remember that though?

Terry Story: So, in their eyes, yeah. No, they actually, because I was feeling so bad about it. But they brought that up to me. They said, you know, we made a lot of money on the previous sale. So,

Steve Pomeranz: Yeah, it’s still a shame though, 12 years of having that money and not even being worth it. So a lot of opportunity lost there. My guest as always is Terry Story, a 29-year veteran with Keller Williams, located in Boca Raton, Florida, and you can find her at terrystory.com. Thanks a lot, Terry.