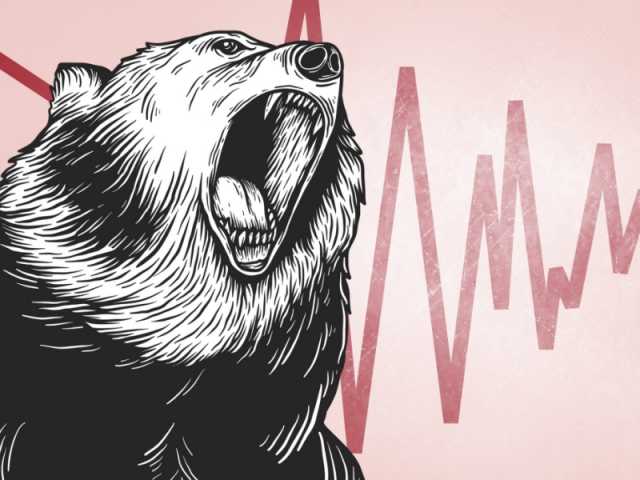 Sam Stovall is Chief Investment Strategist of U.S. Equity Strategy at CFRA. As a regular guest on this show, Sam gives us his well-researched views on the economy and the markets. With the current bull market coming up on its 10-year mark, Sam shares his perspective on a possible stock market correction, with thoughts on what investors can expect over the next 12 months.

Steve notes that the bull market started in March 2009 and will mark its 10th anniversary in early March 2019.

The current bull market is the longest we’ve had since World War II. Markets are now up more than 330%. At 23x, the median GAAP price-to-earnings ratio (PE Ratio) is now the second-most-expensive since WW-II, beaten only by valuations during the tech bubble. The trailing twelve months PE ratio (TTM PE) stands at 19x. Both measures are well above long-term averages.

Historically, such strong bull markets have been followed by average bear market declines of 41% or so.

Three Conditions For A Downturn

Sam looks at three indicators to predict a stock market correction: housing starts, consumer sentiment, and the difference between the ten-year yield and the two-year yield.

In addition, bull markets don’t die of old age, they die of fright. And what they’re most afraid of is a recession, says Sam.

For now, all of these key indicators do not point to a recession. Investors are nervous, however, about rising interest rates, inflation, a slowdown in the housing market, etc. This has led to heightened market volatility, with sharp down days and bounce backs.

Expect A Sharp Correction But No Bear Market

Sam does see a stock market correction with a sharp pullback on the cards, but no recession. The market just endured its second decline of 5% or more in 2018. While a 5–10% pullback isn’t out of the ordinary, having two such pullbacks within a year is a little unnerving.

The first decline was 10.2%. The second decline is always deeper. Hence, Sam expects markets to dip more than 10% before the year is over.

He doesn’t foresee a bear market because we aren’t facing a recession.

He isn’t surprised, though, by increased volatility as the bulls and bears duke it out. In the first two weeks of October, average daily volatility was up 40% compared with the first nine months of 2018.

Buckle Up But Don’t Eject

In a nutshell, Sam expects markets to be rough over the next 12 months, with possibly a sharp stock market correction. He sees corrections as buying opportunities.
With key indicators ruling out recessionary fears, the bull market could still continue for a bit. So buckle up, it’s going to get a little crazy. Stay in your seat, and if the market appears to be bottoming out, consider adding to your positions rather than bailing out.

Steve Pomeranz: A regular guest on the show is Sam Stovall who has been reporting on stock market data for 35 years. He penned a recent article taking note on the anniversary of the 10-year bull market. And then, as he always does, he started crunching some numbers, and I’m always interested to see what the history looks like and get some perspective on that.

Sam Stovall: Good to talk to you again, Steve.

Sam Stovall: Yes, it is. I think that some people remember October of 2008 simply because it was right after the Lehman experience, and investors just weren’t sure how far down the market would go. So you’re absolutely correct. October of 08 was not the beginning of this new bull market. March 9th of 09 was. So the 10th anniversary really takes place in early March of next year.

Steve Pomeranz: Okay, remembering back to that, that decline in October of 08 and the subsequent bounce higher and then that more devastating decline, disheartening I would say, in March. I mean everybody by that time was wrung out, kind of petrified, and you could kind of hear a pin drop in the financial world.

So I remember those days [LAUGH] very clearly and then the market started to come back quite nicely after that. So you’ve written in other articles that you’re saying the next downturn could be as much as 40%. And there’s a lot of people worried. Well, with this long bull market of 10 years, aren’t we due for a serious downturn?

Sam Stovall: Well, you’re absolutely right. This bull market is now the longest since World War II. Actually, I believe it could even be extended back to 1900. And if you are on the high side of the median of bull market duration since World War II, the average bear market decline that followed that bull was 38%.

Ditto for the average gain that was higher than the 100% gain normally seen in bull markets since World War II. We’re currently up more than 330%. Again, that points to about a 38% decline. But the clincher is evaluations at the top of bull markets. We are at the second most expensive price to earnings ratio since World War II, second only to the tech bubble.

And in the following bear markets, the average decline was 41% for those bull markets that were more expensive than the average.

Steve Pomeranz: The PE statistic seems to vary depending on who you talk to. I’ve looked at the statistic lately, and it seems to be in the 18 range, 18 times earnings. I don’t know the exact number.

The average is maybe 15, 16. I want you to come back with the numbers here. But when I think of high-high, I’m thinking of PEs in the 20s. Where do you see it?

Sam Stovall: Well, if somebody says what is the PE of the market? Just like almost any other financial question, the right answer is that depends.

If you are looking at operating PEs in the trailing 12 months, which includes the second quarter of this year, we’re looking at 19 times. So, in both situations, we are well above the long-term average.

Steve Pomeranz: So, there’s three conditions for a downturn. And you’re not predicting one, you’re not saying when and so on.

Sam Stovall: Well, it just happens that that’s what it looks like when we do finally roll over into a new bear market, but as you just said, it does not tell us when.

Traditionally, bull markets don’t die of old age, they die of fright. And what they’re most afraid of is recession. And I look to housing starts, consumer sentiment, and the difference between the ten-year yield and the two-year yield, known as the yield curve, to help identify when a recession might be around the corner.

All three indicators are not pointing to a recession right now, and one additional thing I look at is how long we have been in an inverted yield curve, meaning that short rates are higher than long rates. Normally, we’re in an inverted situation for 11 months before we dip into recession.

We have yet to be in that kind of condition.

Steve Pomeranz: Now we’ve had a pretty significant sell-off as I speak. Market days where the Dow is down 600, kind of shakes things up a little bit. But, we don’t really see I guess in the aggregate, the numbers, like you say, pointing towards a recession.

So, it seems to me that this is just nervousness about certain things going on in the marketplace. Worries about higher interest rates or inflation or housing starts and things like that. And maybe just to people, institutions, kind of letting some steam off or something like that, rebalancing their portfolios.

So you think we are still in a bull market at this point?

Sam Stovall: Yes, I do. We just endured our second decline of 5% or more in this calendar year and let’s face it, we tend to have pullbacks 5 to 10% declines every year. But what’s a little unnerving is that we’re down twice in one year.

And history says more times than not that the second decline tends to be deeper than the first decline. So, the first decline was off 10.2%, so I would not be surprised if we do end up with a decline that’s slightly greater than that. But as you just said, I’m not looking for a bear market because I’m not expecting a recession any time soon.

I am, however, looking for a pickup in volatility.

Sam Stovall: We, in just in the first two weeks of October, have seen a 40% increase in average daily volatility, as compared with the first nine months of this year. And if you look back over 12 months, we’re actually, we got away with murder because we are about 50% below the normal amount of volatility since 2000 and about 25% below the average since 1950.

So over the long term, we’ve been experiencing a pretty smooth ride.

Steve Pomeranz: So buckle up, it’s going to get a little crazy out there, but stay in your seat. And we don’t see anything right in front of us to indicate that the game is over or that the bull market is over.

Sam Stovall: Exactly, and if you even have the wherewithal, once we do appear to be bottoming out, you might want to consider buying rather than bailing.

Steve Pomeranz: Yep, my guest, Sam Stovall, Chief Investment Strategist at CFRA. Sam, we will have you back the next time the market starts doing some funky things again, okay?

Sam Stovall: I look forward to it.

Steve Pomeranz: So do I. If you have a question about what we just discussed, ask us. Visit our website, stevepomeranz.com to join our conversation, to listen, to read all of our segments. And while you’re there, sign up for our weekly update for the important topics that we’ve covered and they come straight into your inbox.