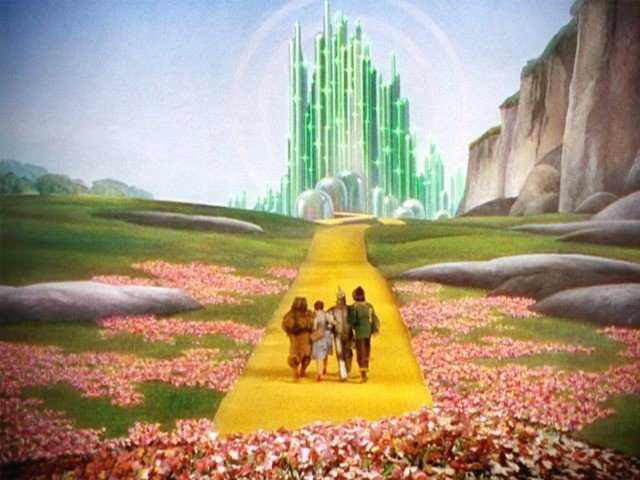 Wallethub.com has positioned itself as an online financial social network or, as financial writer Richie Bernardo at WalletHub calls it, “the Yelp of personal finance.”

Steve’s interview with Richie focuses on the various reports, surveys, and lists that make WalletHub such a rich source of information for retirees seeking wallet-friendly places to spend their golden years. Since the single most important factor for most people facing retirement is affordability, WalletHub employs a system of metrics that looks at taxes, housing costs, and the cost of living, in general.

Also at the top of the list are quality and accessibility of medical facilities, as well as the availability of part-time jobs and volunteer opportunities for people over the age of 65. To satisfy the more active “elders,” WalletHub considers areas suitable for hiking, golf, and tennis courts, per capita, as a tool.

Steve comments that in spite of affordability and good medical services, other features which enrich life must be present to qualify for best retirement spots. Mexico, for example, may be less expensive than most U. S. cities but their infrastructure and quality of health care could not compete with ours.

Weather, of course, tends to be a big factor is choosing a retirement spot, and, not surprisingly, most good weather cities were in the South.  Using 24 key metrics in comparing 150 largest U.S. cities, WalletHub’s 2015 best place to retire was Tampa, Florida.  Number two on that list was Grand Prairie, Texas, a city, like Tampa, that has pulled out of the recession quickly, offers excellent health care and happens to be in one of the two states, Florida and Texas, with some of the lowest tax rates in the country.

WalletHub also hands out lemons. Most of the least retiree-friendly places are, probably not surprisingly, in the northeast, such as Providence, RI which came in at Number one.

For those with the soul of the fisherman, WalletHub takes care of you, too, by listing the top five cities with the best and most fishing facilities, per capita, and the top 5 are all in Florida.

To find out more and to choose your own retirement paradise, Richie urges you to look him up at WalletHub.com

Steve Pomeranz: To help American retirees find the best and most wallet- friendly places to call home for their golden years, WalletHub has analyzed the retirement friendliness of 150 of the largest cities in the United States, and to discuss that with me today, is Richie Bernardo. He is a financial writer at WalletHub.com. Welcome to the show, Richie.

Steve Pomeranz: Richie, what is WalletHub, for my listeners who have never heard of it?

Richard Bernardo: Well, WalletHub has been nicknamed, “The Yelp of personal finance.” We’re a social network, and we allow our users to compare and review different personal finance products and services and companies to help them make financial decisions.

Steve Pomeranz: Okay, so it’s like a Yelp, but for financial services. Is it WalletHub.com? Is that it?

Steve Pomeranz: Okay, very good. Getting to this list that you guys have created, I want to go over some of the factors that were used in making these selections and I have them here. The first one is affordability. Can you tell us something about that?

Richard Bernardo: Sure, well you know, a big factor in choosing the place to retire to, obviously, has to do with cost of living, so that’s a metric that we looked at. Also, in terms of taxes, how much they would expect to pay on an annual basis and also the cost of in-the-home services. That tends to be important to retirees, as well.

Steve Pomeranz: Okay, all right, the next point that was measured was jobs, percentage of people age 65 and older that are working in the particular area. What other aspect do they look at?

Richard Bernardo: We also looked at the number of part-time employees for every full-time employee for people age 65 and older, and we looked into this because older retirees tend to get bored sometimes, you know after they retire and are looking for part-time jobs or volunteer activities to fill their time.

Richard Bernardo: Sure, some of the other ones are hiking facilities, per capita, public golf courses, per capita, and adult volunteer activities. Obviously, we wanted to, you know, make the study as well rounded as possible, to include all of the activities that older retirees prioritize in their retirement.

Steve Pomeranz: Sure, you know, it’s one thing to live in a city where the cost of living is low, but if they don’t really have good services or they’re not catering to a retired community, per say, it may be not really that desirable, even though it’s cheap. You want to have other aspects to your life that have to be considered and that’s what this list attempts to do. Another part of the methodology was quality of life, and I noticed here that weather had a double weight in the ranking. Why did you do that?

Richard Bernardo: Well, based on previous studies that have been conducted by others and surveys as well, we found that weather tends to be a big factor in considering a place to retire, so we gave that a double weight, because health tends to decline as we get older and colder, extreme weather tends not to be conducive to our retiree’s  health.

Steve Pomeranz: I think there would be a skew in this list to cities that are located in more southern climes, is  that correct?

Richard Bernardo: That would be partially correct. We took a look at every city, every one of the largest cities, in terms of how much mild weather they receive, year round. It still does include some of the northern cities.

Steve Pomeranz: Okay, very good, and other aspects like air quality, water quality, crime rate, and then, finally, health care was a separate category, as well. Number of physicians, per capita … What are some of the other features of looking for healthcare?

Richard Bernardo: Some of the others include the number of dentists, per capita, the number of nurses, per capita, obviously healthcare facilities matter as well, and public hospital rankings. This is a very big factor for retirees, as again, I said that health declines as we age and, so, they tend to look for the cities with the best healthcare access.

Steve Pomeranz: Right, so one of the factors people always talk about, “Well, I’m going to be moving out of the country, maybe to Mexico, where it’s very inexpensive or Costa Rica, or something like that.” One has to take into account healthcare facilities, and now you’re not just looking at a number of hospitals, per capita, but you’re actually looking at the rankings of those hospitals. All right, so let’s get to some of the winners here. The number one city to retire in was …

Richard Bernardo: The number one city was Tampa, Florida and, usually, it’s been St. Petersburg, Florida, historically, but Tampa ranked a little bit higher this year because they did a little bit better in some of the other categories that we factored in, versus the others.

Steve Pomeranz: Well, I know they have good healthcare there. I know that it’s a relatively inexpensive place to live. The weather is pretty good, so I can see that. Next one was Grand Prairie, Texas. I don’t know anything about that.

Richard Bernardo: Yes, a lot of the top cities, as well, were in Texas mainly because of healthcare. They tend to have better health care access there, as well. These are some of the cities that are some of the fastest to recover from the recession when the country’s … there’s a lot of job growth in the area. The economy’s fairing really well, and, also, you have to consider that these two states, Florida and Texas, have some of the lowest tax rates in the country, and we’re taking a look at these results based on retirees who are on a fixed income, so that tends to be very important, as well.

Steve Pomeranz: Right, I noticed that Fort Lauderdale, which is near where I produce the show and live, ranked number 16, so I think the cost of living is a little bit higher there, but I guess there’s other qualities that may give it a relatively high ranking. Is this list available on WalletHub.com?

Richard Bernardo: Yes, it is.

Steve Pomeranz: Okay, so if you’re interested in this, as a listener, just go onto that site and get more of the information. Obviously, we’re not going to be able to cover everything today. Some of the worst cities to retire, the worst city in the country—and don’t send your mail to me, please, Send it to WalletHub.com.—is Providence, Rhode Island, followed by the next worse cities to retire, Newark, then Philly, New York is 147th out of 150. Chicago, Stockton, Fresno, California; Baltimore, Maryland; Jersey City; are in the worse cases. In the top 10 of the best cities to retire, Peoria, Arizona—I didn’t know there was a Peoria, Arizona, actually—Plano, Texas; Cape Coral, Florida; Port St. Lucie, Florida; Scottsdale, Arizona; and, you know, here’s something that’s very interesting.

Steve Pomeranz: One of my favorite items on the list were most fishing facilities, per capita. I think that’s a good inclusion to this list. Do you have that list in front of you?

Richard Bernardo: I do, yes.

Steve Pomeranz: All right, so why don’t you name the top five cities, for the most fishing facilities, per capita.

Richard Bernardo: Sure, the top 5 are all in Florida. Number 1 is Fort Lauderdale, followed by Miami, St. Petersburg, Cape Coral, and Tampa. Some of the least fishing facilities, per capita, include Philadelphia, Pennsylvania; Las Vegas, Nevada; Houston, Texas; Charlotte, North Carolina; and Columbus, Ohio. No surprises there, really.

Steve Pomeranz: Yeah, no surprises. That’s for sure. All right, well, unfortunately, we are out of time. My guest is Richie Bernardo. He is a financial writer for WalletHub.com, and you can find more information     about Wallet Hub by going to basically, WalletHub.com, for more information. Thanks for joining us, Richie. 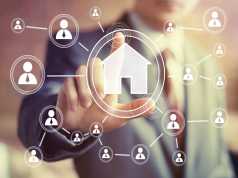 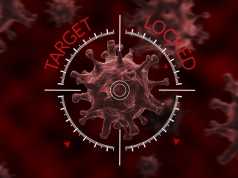