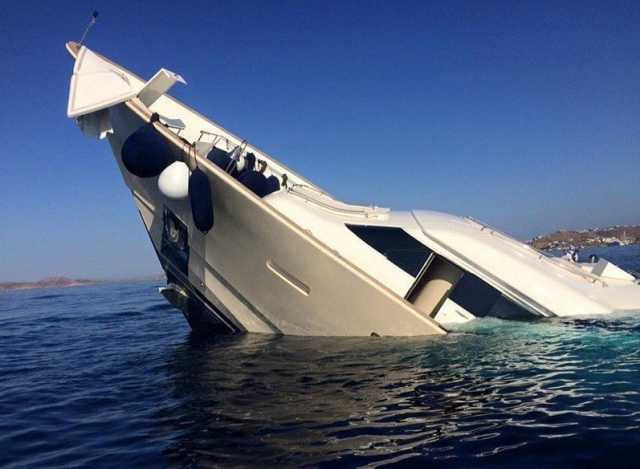 I just read a very interesting article posted on the website Seeking Alpha written by the Mad Hedge Fund Trader. I  subsequently discovered that the author is John Thomas. According to his bio, Thomas has written for The Economist Magazine and the Financial Times Newspaper, which are two of my favorite reading sources. Having spent 35 years in the investment arena, I can tell when someone knows what he is talking about.

So here’s the gist of what he is saying:

He asks, “Who has been most hurt by the change in markets after the presidential election?”

Is it the liberals, the unions, the environmentalists? Well, it’s not, so he says—it is the 1%.

How could that be, you may ask? Don’t the 1% have most of their money in stocks indicating that they would have profited greatly from the big rise in the market?

Not so, he suggests. The 1% have the overwhelming share of their wealth parked in the bond market, and with interest rates rising, the value of these bonds have dropped significantly. For those of you who aren’t familiar with the concept of rising interest rates causing bond prices to fall, the idea is straightforward: In order to be able to sell your bond that has a fixed interest rate, the price of the bond has to be adjusted to match the rate on newer bonds issued. If rates rise, a buyer can either buy the new bond at the new prevailing rate or buy a bond with a lower interest rate at a cheaper price. This will compensate the buyer for owning an older bond with a lower rate of interest.

Mr. Thomas states that bond market losses now exceed $1 trillion since Trump gained the presidency, and he posits that the worst is yet to come. Here’s a quote: “If Trump actually implements his vast expansion of the federal deficit, ten-year Treasury bond yields could rocket from 2.42% to 6%, knocking one-third off of bond values”.  As I record today’s show, those 10-year Treasury bond yields he references are actually sitting at 2.6%!—meaning that rates have gone up even further and bond prices have dropped even more.

He also goes on to say that there has been a big shift in the make-up of bond market investors.

The bond market is heavily owned by the richest segment of the US and Global population. When large wealth was more evenly distributed, the top 1% only accounted for 1% of Treasury bond ownership. Today that figure is closer to 25%.

He says that the wealthier families become, the more conservative they are in their investment choices. Their goal shifts from capital appreciation to asset protection.

They’re less interested in return on their capital and become obsessed with return of their capital. This is how the rich stay rich, sometimes for centuries, he adds.

What this means for the bond market is that these investors never sell. When they buy a 30-year Treasury bond, it is with the expectation of holding it for the full 30-year term maturity.

By holding until maturity, they can avoid capital gains tax and only have to pay interest on the coupon payments. Even better, when they die, any taxes deferred from the buildup of the appreciation in the value of their securities gets neutralized due to the rule of the stepped-up cost basis. This means that the value of the securities get a new cost when you die. The new cost will be the value of the securities at the date of death. In other words, if you bought JNJ 30 years ago and, after splits and other things, your cost was $10 per share, the taxes paid at death if your family sold the stock would not be based on the cost to the original owner of $10 per share but on the current price of $115 per share as it is today. The bottom line is that taxes are never really paid.

He adds to all of this the fact that 50% of our national debt is owned by foreign investors who also tend to hold paper for its full term. And Central banks don’t pay taxes either.

By the way, we’re not just talking about Treasury Bonds, this includes Municipal Bonds and Foreign Bonds too.

Finally, he asks whether this holding until maturity business is about to change.

If inflation starts going up faster, that will be very bad for bond prices because it reduces the purchasing power of money. So selling may begin in earnest if rates and inflation rise significantly.

I remember the early ‘80s when interest rates on certain bonds rose to 15%. Anyone who owned a 25-year bond with an interest rate of 7% got crushed. The value of those bonds declined to 50 cents on the dollar and, worse yet, they were unable to capture the new 15% rates available on new bonds.

Everyone was miserable back then—so miserable, in fact, that I remember the branch manager of the municipal bond firm I worked for who hired a psychologist to help the bond brokers handle all the stress.

Weird, right? What any of us would do today with 15% interest rates on our bonds or CDs? We would all be so happy. Well, maybe not.

Okay, so his bottom line is:

Bonds are quickly becoming the asset class you don’t want to own, whether you’re in the 1% or not.

What he is saying may or may not be right or even come to light, but it’s important that we all get our information from reliable sources and listen to what smart people have to say in order to have a full picture of the entire landscape.

Final thought: Everyone’s goal should be to accumulate as much wealth as is reasonably possible considering each of our own unique situations.

Why? Because more money means more financial security, more control over your life, and more ability to live your one best financial life.

And considering we only get one shot at this life, doing the right thing is the best thing for you and your family.

That’s why knowledge gained and good advice adopted and the courage to trust yourself after you have given something true consideration should be your key to financial independence.

The time to act on this is now. Save now. Invest these savings wisely now. If you’re too busy or too lost to do it yourself, get an honest and smart advisor to help you.

Either way just get ‘er done! 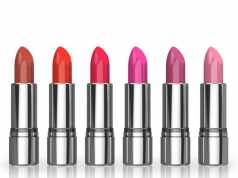 The Lipstick Index And Other Ridiculous Market Indicators