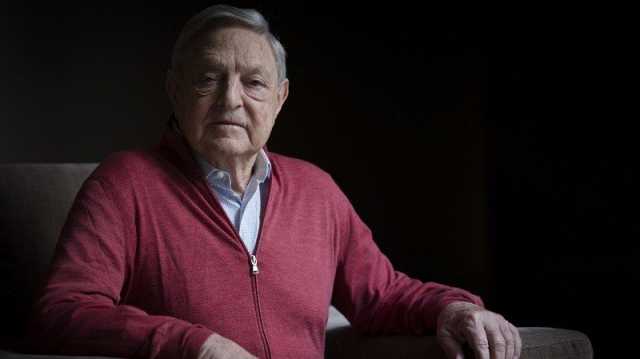 George Soros is a living legend among traders. With a net worth of $28 billion, he is the richest market speculator in the world. He is known for big, bold bets, and his success as a trader offers a few lessons to everyday investors.

Soros’ trading philosophy can best be described by two phrases:

“When you have a tremendous conviction on a trade, you have to go for the jugular. When you are right on something, you can’t own enough”.

Now, I would not recommend this two-phase strategy to my listeners because, remember, Soros invests disposable money from high-net-worth individuals and disposable money from his own pocket. So if his bets go bad, he and his investors still have millions laying around and can afford to absorb those losses, which is not the case for most of us. If you want to emulate Soros, make sure you do so with only a small disposable part of your portfolio that you would not mind losing entirely.

So here are a few tidbits of market insights that reveal how Soros thinks about financial markets:

Soros believes market prices are almost always wrong and present a biased view of the future. He believes that markets are always biased in one direction or another. They are either too bullish or too bearish, and here’s the revolutionary thought: What the market actually does influences the events that they anticipate. I’ll get into that more in a minute. These movements are easy for him to see in financial markets. He sees buy and sell decisions, which are based on expectations about future stock prices and future prices, in turn, become contingent on present buy and sell decisions.

So there’s essentially a circular relationship between cause and effect with each affecting the other in what’s basically a Catch 22. By the way, if some of you don’t know about Catch 22, look it up. It’s an important concept you’ll run into in your own life from time to time.

Also as we use fundamental analysis to attempt to determine the future value of a company, the daily movement of stock prices also influences those fundamentals. As a result, buy and sell decisions are more complicated in the short term, and that’s one reason short-term trading is so darn hard. It’s most likely a game that you are going to lose, and it’s a game that even the most highly trained professionals struggle to overcome. Now this is a tough game when trading on a short-term basis. In the long term, however, these influencing type factors disappear and fundamental analysis will likely work well.

When Soros sees a bubble forming, he rushes in to buy, adding fuel to the fire, pushing the stock higher just by the act of buying a big chunk of it. By the way, if you follow the markets like I do, you will see days when stocks move strongly in one direction or another for no apparent reason. Well, maybe George Soros is doing something on that day.

In Soros’ view, every bubble has two components: The first component is an underlying trend that prevails in reality that fundamentally tells you whether a company is worth investing in or not, and the second component is a misconception relating to that trend. What sets the bubble in motion is when positive feedback develops between the trend and the misconception. In other words, when the trend is positive and leads to a huge surge in buying because everyone is jumping on the bandwagon, this takes the stock well above its underlying fundamentals.

As the bubble inflates, short sellers, fundamentals, and plain-old “profit taking” test the bubble with short selloffs along the way. When shares survive these tests, both the trend and the misconception are reinforced, driving shares even higher after a brief selloff. But, eventually, when the bubble has reached its peak, market expectations become so far removed from reality that people are forced to recognize that a misconception is involved. A twilight period then ensues, during which doubts grow and more and more people lose faith. Then, eventually, a tipping point is reached and the trend is reversed. Now a new trend starts to become self-reinforcing in the opposite direction causing a steep drop in prices.

Here’s another way he believes markets often get it wrong. While financial markets constantly anticipate events on the positive and negative side, many of those events fail to materialize exactly as thought. Nothing special here except, he adds, that they fail to materialize because they had been anticipated. Or, as the old joke goes, the stock market has predicted seven of the last two recessions. So markets and investors are often wrong.

Now, as for going all-in, he also warns that what hurts you is not what you don’t know, but what you think you know with a high degree of conviction that just ain’t so. So it’s important to temper your convictions when you’re playing the market. In other words, if you are convinced you know the future for a certain stock and go all in, that’s what can hurt you the most when your anticipations just don’t play out. Many investors, even greats such as Warren Buffett, have had egg on their faces when the market just did not perform as they expected. So smart investors know that bets based on strong convictions can often go horribly wrong, so they don’t play that move or they fess up quickly and try to hold losses to a minimum.

Soros also has a unique way of testing the waters. For example, if he wants to buy $300 million of bonds, he starts by selling $50 million first and studies how the market feels, whether the market can absorb a trade of that size. Does it feel thin and unhealthy? Or does it feel strong and robust?  Now that’s a counterintuitive approach to investing because virtually all of us move to buy shares when we think they have long-term upside, not sell them. But, of course, he’s trading very large positions, so his actions can actually move the price of a stock.

Finally, Soros says most Wall Street investors go to work every day and think they should do something and then fail to realize when it’s a special day. Soros does the opposite. He only goes to work when he thinks there’s special opportunity he can capitalize on. The rest of the time, he studies the markets, scans the news, does his homework, and makes his moves only when he sees real investment opportunity.

I have spoken about this before when I talked about the parallels between speculating and poker playing. Those players who bet infrequently and then bet big when they have a high probability hand often do very well. Warren Buffet and George Soros play this way and have amassed great fortunes doing so.