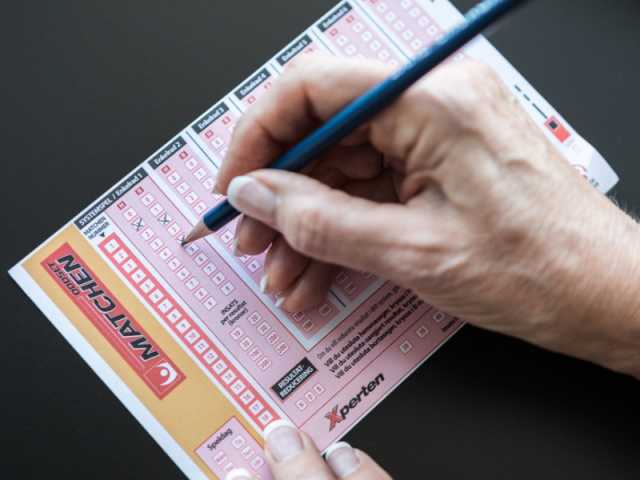 With all the excitement of the Mega Millions lottery hitting an incredible $1.6 billion, Steve wanted to know if there was a guaranteed way to win the lottery.  Could someone buy just the right amount of tickets, learn to pick better numbers, or do anything else to increase the odds of winning the lottery?  To find out, he spoke with Craig Jaffe, a Certified Financial Planner who is a Managing Director and Steve’s colleague at United Capital.

Get To Know The Odds

As Craig reminds us, if you miss the big one, you can still win the lottery’s other prizes.  So, if you got five of the first five balls, you would win $1 million.

Despite the odds, one lucky person did win the lottery in South Carolina, getting all six numbers in the right order!  The winner can either take home $904 million after taxes or choose an annuity that pays $53 million a year for 30 years.

Had Craig won, he’d probably take the lump sum and invest it.

Theoretically, one person could buy every single ticket for a cool $600 million and have a 100% chance of winning $904 million.

Alas, tickets aren’t sold that way. The lottery requires that you choose a combination for every ticket you buy, so you’d have to fill out your numbers 300 million times and that would take forever!

Or… you could hire over 200,000 people and have them do it for 10 hours each day for 3 days to get all the outcomes.  Good luck with making that happen.

Someone Figured It Out

Apparently, in Virginia, someone did actually figure out a way to win the lottery.  At that time, there were seven million possible winning combinations, so he hired 2,000 people to do it.

He had them travel across the state, buying tickets with all possible combinations.  He spent $5.6 million on tickets.  But because of a glitch, he only got 78% of all combinations.  Yet, he was lucky and won the big lottery, with its prize money of $27 million.

Unfortunately, there is no clear-cut strategy to win the lottery.  Each ticket has a very small probability of winning.  Buying two or even a hundred tickets doesn’t really improve your odds by all that much.

As Steve puts it, by buying two tickets, you’ve gone from an infinity of combinations to infinity minus one!  So, spend no more than $2 on the lottery and save and invest the rest for a more sure-shot chance at growing your wealth.

Steve Pomeranz: With all the excitement of the Mega Millions lottery hitting an incredible 1.6 Billion, it got us thinking.  Is it possible to guarantee a winning payday? Is it feasible to buy just the right amount of tickets, learn to pick better numbers, or try anything to increase our chances of reaching billionaire status?

So instead of my regular commentary, I asked my colleague at United Capital, Craig Jaffe, Managing Director and Certified Financial Planner, to help me get to the bottom of this.

Craig Jaffe: Thanks for having me, Steve.

Steve Pomeranz: Sure. [LAUGH] You sound like Terry Story there, at that moment. Thanks for having me, Steve! So we’re recording this on the day after the Mega Millions lottery was reported. By the way, did you win?

Craig Jaffe: I did not and I feel responsible as I bought the office lottery tickets.

Steve Pomeranz: Okay, so that seems like, of course, impossible.

Steve Pomeranz: Yes, one, two, three, four, five, six zeros before you get to the 33.

Steve Pomeranz: [LAUGH] Which means that your chances of winning are what?

Craig Jaffe: Your chances of winning are exactly that.

Steve Pomeranz: The chances of losing are-

Steve Pomeranz: Carried out as much as you have to.

Steve Pomeranz: So I guess the answer, we all know this, is you’re not going to win. Of course, one person did win in South Carolina. So we understand. And that’s to get all six numbers, right?

Craig Jaffe: The five and the one.

Steve Pomeranz: The five and the one, that special one, right?

Steve Pomeranz: We’ve got a chart here, let’s pull it out. I think it’s page two, and these are the chances that you would have…what the prize would be, if one ticket won, add to the five, plus the one number, and then a ticket won, the five plus just the five numbers.

Tell us about that?

Craig Jaffe: Yeah, so I mean, they have other prizes. So if you got five of the first five balls, you would actually win $1 million. So there are other prizes, but everyone’s after the jackpot.

Steve Pomeranz: Okay, all right, so the prize for the five plus one with one ticket winning, is 904 million.

Craig Jaffe: Yeah, so that’s the cash value. You can choose an annuity payment, which they’ll pay you, I think it was $53 million a year for 30 years.

Steve Pomeranz: Is that all?

Craig Jaffe: Yeah, or you could take the cash lump sum.

Steve Pomeranz: What would you do?

Steve Pomeranz: Yeah. Yeah, that would be it. Well, you could also spend less than the 53 million and invest the difference. [LAUGH]

Steve Pomeranz:  I think I’d take the cash, too. It’d just be fun to have all that cash, right?

Steve Pomeranz: All right, so what would it take to guarantee, or nearly guarantee, a win?

Craig Jaffe: So you can actually, there’s some great articles out there that you can actually buy, theoretically, every single ticket. When the jackpot gets that big, 1.6 billion.

You can buy every single ticket and it’ll cost you 600 million.

Craig Jaffe: But the cash value now is 900 million. So there could be a potential spread of 300 million that you could potentially win if you bought every single ticket.

Steve Pomeranz: So that, okay, so that sounds great, right?

Steve Pomeranz: What you would have to do to be able to buy every single ticket?

Craig Jaffe: Well, if you just did it yourself, it would take, I think, over three weeks because you basically have to fill out every single ticket yourself. And it would take about three weeks of your time to do that.

Steve Pomeranz: Well, when you say fill out, I mean you just kind of go up to the Publix counter and you just say, give me $300 million worth of tickets.

Craig Jaffe: You don’t get the random. You wouldn’t get–

Steve Pomeranz: You can’t do the random.

Craig Jaffe: Yeah, you can’t do the random because you have to choose every single combination. So you have to literally fill it out 300 million times.

Steve Pomeranz: I see, so how long do you think that will take, how many people, let’s say I decided to hire a bunch of people to help me.

Steve Pomeranz: Okay, now there are stories. And there was one person in the 90s who actually figured out a way to beat the lottery. What did he do?

Craig Jaffe: Right, so this was actually in Virginia. So at that time, there was only 7 million outcomes or combinations that he had to go out and buy, so he hired 2,000 people to do it.

Steve Pomeranz: Yeah, actually one of the places lost the tickets or had a breakdown and so he didn’t get that bunch of tickets.

Craig Jaffe: Right, so he ended up getting 78% of the probability of tickets. And he ended up winning 27 million.

Steve Pomeranz: Yeah, so four out of five chance of winning. But there’s still that 20%. I wonder how much he invested. Do you know that number?

Steve Pomeranz: Okay. Well, all right. So what happens, what are some of the things that go against that? I mean that assumes that you’re the only winner.

Steve Pomeranz: Especially since you’re not buying every single ticket, there’s a possibility that someone else will have those numbers too.

Steve Pomeranz: Doesn’t that dilute the whole thing as well?

Craig Jaffe: Yeah, so if there’s multiple winners, which there usually is when the jackpot gets this big. In South Carolina, there just happened to be one winner, but if multiple people started doing this strategy, then the math would go down the drain.

Steve Pomeranz: And that’s going to dilute it as well. That’s really too bad. What is the best strategy you can use to have the possibility of winning the lottery?

Craig Jaffe: Well, I have the absolute best strategy that you have to do. And that is just to go out and by a ticket.

Craig Jaffe: There’s no silver bullet or there’s no real trick to do-

Steve Pomeranz: What if I buy two tickets?

Craig Jaffe: You buy two tickets, actually they say the odds of winning are still the same because, theoretically, it’s just 1 in 302 million for every single ticket.
But theoretically, you’ve reduced the number of combinations that are out there.

Steve Pomeranz: Yeah, so I like to say it goes from infinity to infinity minus one.

Steve Pomeranz: You’re not really getting any benefit.

Steve Pomeranz: Exactly, which reminds me, [LAUGH] when I went to buy tickets for someone in my family, I gave her a dollar, and she said no it’s $2, like when did that happen, and so I guess I got to keep up with this stuff.

My guest Craig Jaffe, a senior number cruncher for us here at United Capital, and don’t forget to hear this interview again if you have any questions about what you just discussed, what we just discussed, visit our website which is stevepomeranz.com to join our conversation. And while you’re there, sign up for our weekly update for a brief rundown of the important topics we’ve covered this week and all weeks past.

Straight into your inbox, that’s stevepomeranz.com. Glad to have you on the show.

Craig Jaffe: Thanks, Steve, it was great.