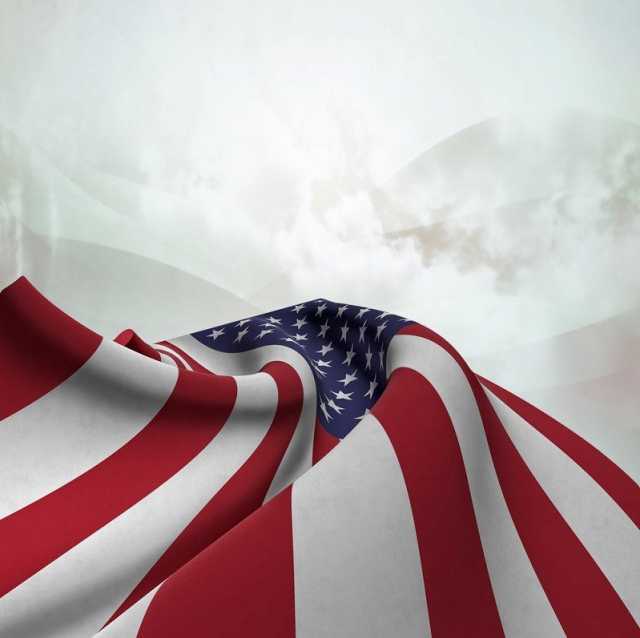 How will the election results affect the stock market and your financial future? With less than one week to go, that’s a question many people are asking these days.

As a Bloomberg View columnist, Chief Economic Advisor at Allianz, and Chairman of President Obama’s Global Development Council, Mohamed El-Erian is particularly qualified to sort out the possible scenarios.

Mohamed believes that the impact on markets will be relatively limited if Clinton wins and Congress remains split since, as it’s been for the last eight years, getting anything passed will still be difficult.

Disruption occurs, however, under two scenarios:

What the Increase in The GDP Means For The Economy

Referring to something more quantifiable, Mohamed points out that the Commerce Department just released a GDP increase of 2.9 for the 3rd quarter, showing the economy rebounding stronger than in the first 2 quarters and indicating we’ll be in the range of 1.5-2% for the year as a whole. Higher business investments and more exports have contributed to these higher numbers, but, according to Mohamed, we are “well below what we are capable of if only Congress were to get its act together and step up to its economic governance responsibility.”

According to Mohamed there is so much cash on the corporate balance sheets that Congress could unleash without even having to make a “big bang policy announcement”, but instead by acting on four particular areas:

On a cautionary, but positive, note, Mohamed says that combining the better GDP number with a more robust labor market could help us move forward economically, with the Fed most likely hiking up interest rates in December to reflect these more promising figures. That is—unless the election results cause disruption.

Can Congress and The American People Come Together Post Presidential Election?

But it’s not only the stock market that will be affected by the election results; whoever wins this November must bring a divided Congress and country together

Mohamed says that “a signal of the extent to which messy politics contaminates good economics” concerns the difficulty of getting anything moving forward to improve our infrastructure, something that both sides in Congress and probably all Americans would like to see happen.  Unfortunately, our politicians fear being perceived as collaborating with the other side and risk being punished by the extreme fringes of either party.

So how the stock market will react after the election depends on how the election winds blow and, for the moment, at least until November 8th, all we have is uncertainty.

Steve Pomeranz:  Mohamed El-Erian is a Bloomberg View columnist and Chief Economic Advisor at Allianz.  He’s the Chairman of President Obama’s Global Development Council.  In previous interviews, we’ve discussed his latest book, The Only Game in Town: Central Banks, Instability and Avoiding the Next Collapse.  He’s helped us understand and get some needed perspective about the implications of the Brexit referendum.  By the way, to hear these interviews again, simply go to StevePomeranz.com and search for Mohamed El-Erian and you’ll see all of Mohamed’s interviews with us. I want to welcome Mohamed El-Erian back to the show.  Mohamed, so glad you’re here.

Mohamed El-Erian: Thank you, Steve.  It’s such an honor and pleasure to be with you.

Steve Pomeranz: Thank you.  Many people are very nervous and asking me what may happen if Trump gets elected.  I’d like to know what your thoughts are about that.

Mohamed El-Erian: First, if the polls are right— and they’re right in two ways: One, Secretary Clinton wins the White House, and two, Congress remains split, then the impact on markets will be relatively limited.  Where there will be a big impact on markets is if you get one of two more extreme outcomes.  One would be that Donald Trump wins and, and the and is important, and he signals that he intends to go forward on his trade proposal and slap tariffs on China and on Mexico.  That would be very disruptive to markets.  The other disruptive scenario is if Hillary Clinton wins the White House and the Democrats gain control of both houses of Congress.  Under that scenario, the markets would get nervous about the potential for more extreme economic policies and you would see a certain amount of nervousness then.  But if the polls are right, this should not be a big market moving event.

Steve Pomeranz: Yeah, so it really depends on who’s in power, who has the most power.  If it’s Donald Trump and a Republican Congress, then that would be a strong indication—depending on how extreme Trump wants to be—as to what’s going to happen; that could be disruptive.  If Clinton wins and it’s a Republican Congress, more difficulty getting anything passed, and so the markets aren’t really going to care that much.  But if Clinton and a Democratic Congress get in, I think people will be nervous because it means more government involvement, higher taxes, and so on, right?

Steve Pomeranz: Okay.  All right, so skipping gears.  Last week the Commerce Department announced that the US Gross Domestic Product, our GDP, increased at an annualized rate of 2.9% for the third quarter, which was its fastest in two years.  It looks very good on the surface.  Are there any things in the report that surprised you either on the upside or downside?

Mohamed El-Erian: I was happy that the 2.9% number was significantly higher than consensus expectations of 2.5.  I was also happy that it points to a stronger rebound because the first two-quarters have been pretty awful.

Mohamed El-Erian: I was happy that there were certain components— higher business investment, higher exports that gave us encouraging signs.  Having said that, Steve, I think the context is important.  Even with this number, it looks like that we will be in the range of 1.5-2% for the year as a whole.  That is well below what we are capable of if only Congress were to get its act together and step up to its economic governance responsibility.

Steve Pomeranz: Well, what does that mean then?

Mohamed El-Erian: One is-

Steve Pomeranz: What does that mean?  What do you want Congress to do to step up?

Mohamed El-Erian: I’d like Congress to join central banks and the Fed, who have been carrying way too much of the burden, and act on four areas.  The irony, Steve, is you don’t need a big bang in terms of policy announcement.  There’s so much cash on the sideline, on corporate balance sheets that a small bang could actually unleash quite a bit of that cash in a productive way and have it do a lot of heavy lifting.  What do you need?  One, a set of pro-growth structural reforms that most people actually agree on.  That’s the irony.  We agree that we need tax reform, that we have a tax system that’s too old, there are loopholes and exemptions, and ad hoc changes, has become anti-growth, so a tax reform.

Secondly, more infrastructure spending, not only on roads and bridges but also on the enablers of tomorrow and technology.  Third, taking more seriously labor market retooling and education reform.  These are things that most people agree and have been paralyzed by the polarization of Congress.  Second, not only relying on central banks to do all the heavy lifting in terms of demand management but also using some of the scope we have on fiscal policy.  Third, let’s look and let’s urge the European also to look at pockets of over-indebtedness that are sucking oxygen out of the system.  Finally, let’s improve global policy coordination with the US playing a leading role.

If you move in these areas—and again, you don’t need a big bang—you can get an out-sized outcome in terms of better growth and more inclusive growth.

Steve Pomeranz: You know, to simplify it, everybody’s always talking about spending more money on infrastructure.  It seems like such an obvious place to spend federal dollars.  It puts people to work.  It improves the whole economic ability to move goods, and services, and people, and so on and also upgrades a very sorely needed infrastructure.  Yet we can’t seem to get much movement on these areas.  Take us a little bit behind those scenes.  I know the Republicans want that.  The Democrats want that.  Why can’t they make any decisions?

Mohamed El-Erian: Yeah, and it’s really, really, really a signal of the extent to which messy politics contaminates good economics.  Like you say, the arguments for more infrastructure spending are multi-faceted and most people agree on.  I would also add that with interest rates so low and with the expected return to infrastructure so high, it is really absurd-

Mohamed El-Erian: That we’re not doing it now.

Mohamed El-Erian: They will be punished by the more extreme fringes of their party.  That is what anti-establishment movements do.  They paralyze the established party or, as we have seen in the case of Brexit, they get the established party to do things that are quite unfortunate.  It’s a reality, not just for the US, but is also a reality for most of the advanced countries, particularly in Europe.

Steve Pomeranz: Very interesting.  What do you think this better GDP number means for interest rates?  We have the ten-year bond, which about six months ago was trading at about a 1.4 or so yield, kind of on average around 1.6.  It’s now almost close to 1.9, so we have definitely seen an uptake in interest rates.  Fed is talking about raising interest rates in December.  What is this report going to mean for that?

Mohamed El-Erian: I think it increases the probability that the Federal Reserve will feel comfortable about hiking interest rates in December.  It will do so because the labor market is relatively robust.  We need a bit more wage growth, but the labor market’s relatively robust.  Inflation is starting to tick up and there’s concern, legitimate concern, that ultra-low rates can contribute to future financial instability.  If they get a good labor market report in addition to this GDP number and if the election is not disruptive, they will feel comfortable to move forward.  The markets, as you say, have been pricing in two things: One, a higher probability that the Fed will hike in December and, second, a recognition that inflation is starting to tick up.

Steve Pomeranz: Interesting.  My guest is Mohamed El-Erian, Bloomberg View columnist, Chief Economic Advisor for Allianz.  To find out more about Mohamed, to hear this interview again and join our conversation, don’t forget to go to StevePomeranz.com. Mohamed, thank you so much for joining us today.