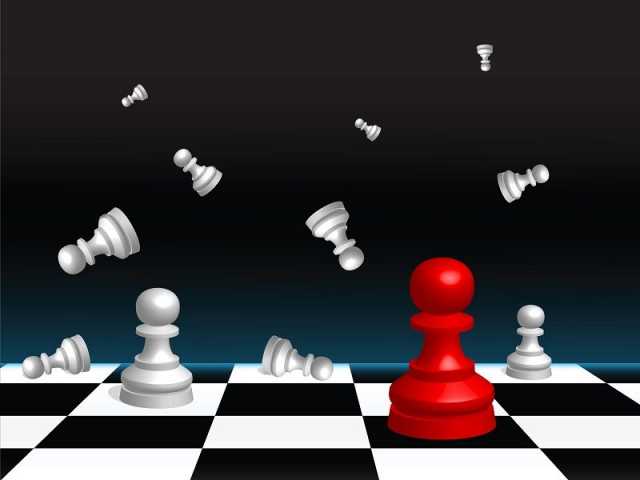 With Barry Ritholtz, Chief Investment Officer of Ritholtz Wealth Management. He is the author of Bailout Nation and runs a finance blog, The Big Picture.

Deciding when to buy or when to sell shares is always tricky, in virtually any market. If stocks are low, buyers are often fearful that they could go lower; and if stocks are high, buyers wait for shares to cool off so they can get in when valuations are more reasonable. Sellers face a similar dilemma; no one wants to sell when shares are too low, especially if they would lose money on the trade; and when shares are high, sellers often hold on to the hope—and greed—that shares could go higher. For example, investors who heeded calls to “sell everything” at the beginning of 2016 would have missed out on a major rally. On the flip side, those who were greedy for more saw handsome returns. So, timing your trades is hard, but historical data may help you avoid some mistakes in 2017.

Although I surely have no crystal ball, I think we can make intelligent predictions on how 2017 might play out for investors. The secret is to avoid playing the guessing games that are common at the beginning of each year and to, instead, discern important factors at work here and now, and then use historical data to provide context for it all.

The worst thing you can do at the start of the year is “Sell Everything”.

The narrative at the time was all over the place: Stocks fell because many foresaw the imminent collapse of China or expected uninspiring earnings reports in January 2016 or saw the presidential election as a potential volatility factor or simply because many thought “the bull market was long in the tooth”.

There were plenty of calls to sell everything in January and February 2016. Now that in itself is rarely good advice, and it was especially bad advice then. Had you sold in January 2016, you would have missed a 45% rise in small-cap stocks, a 36% gain in Japan, a 25% gain in U.S. large-cap stocks, a 31% gain in emerging markets, and a whopping 57% gain in energy-related stocks. Missing rallies of this nature can be devastating to the long-term performance of any portfolio.

Okay, so what about stock valuations?

If I hear anything from my clients, it’s the question of whether stock prices are too high. The way we determine whether stock prices are high or low is to look at them relative to their earnings. Let’s start with CAPE, the cyclically adjusted price-to-earnings ratio. Think of it as sort of a 10-year P/E ratio. The CAPE is currently high for U.S. equities by historical averages, elevated for Japan, moderate for Europe, and low for emerging markets— those are simple facts.

And if I wanted to scare investors, I could selectively pull data showing that, at present, we have the highest CAPE reading outside of the years 2000 (when it was 43.2), 1929 (32.5) and 2007 (27.6). But cherry-picking dates to scare people is bad form, so I prefer to look for evidence in real hard historical data.

What does that show? Since 1990, the S&P 500 has traded above the average CAPE ratio in 307 of 324 months—that’s 95% of the time. So, if you had abandoned U.S. equities when the CAPE ratio was overvalued, you would have missed out on gains of more than 1,000% over the past 26 years. In fact, had you only invested when the CAPE was 25% overvalued—i.e. when stocks were simply “expensive”—your total returns since 1990 would have still been 650%. So, this is just one of many reasons why it is ill-advised to use valuation as a timing mechanism.

Fixed-income investors have enjoyed a bull market that has lasted more than three decades and have seen their bond holdings increase in value as rates dropped to rock bottom. But now we’re entering a reversal phase, so how’s that going to impact bonds in 2017 and beyond? Now, we know that the Federal Reserve just raised interest rates and has signaled that it could raise rates three more times this year—and that’s bearing heavily on the bond market.

But we’ve seen bond bear markets before; consider the World War II period and after. I’m talking 1941-82 when yields on the 10-year Treasury bond went from 2% in 1941 to 15% in 1981. What do you think happened to investors then? I’m guessing many of you thought they got hit real hard…right? But you may be surprised to learn that the worst year during that 41-year bear market was a mere 5% loss in 1969 and a less than 3% loss in 1980, the second-worst year. So, don’t buy too much into the myth that a rising interest rate environment is automatically bad for your portfolio.

Is this equity bull market really “long in the tooth”? Many people who believe it is anchor their frame of reference to the bottom of the market in March 2009, when markets crashed to their lows. It was an enormously emotional event that left a painful mark on people’s psyches. Hence, they assume that the current bull market is nearly 8-years old.

But bull markets are not measured from prior lows; rather, it is from where they break out of the prior bear market trading range and start making new highs. So, if history determines that this is a new secular bull market, it won’t be dated from the March 2009 lows that most investors look at, but rather from the breakout to new highs in April 2013. If that turns out to be the case, this market could still have a very long way left to run.