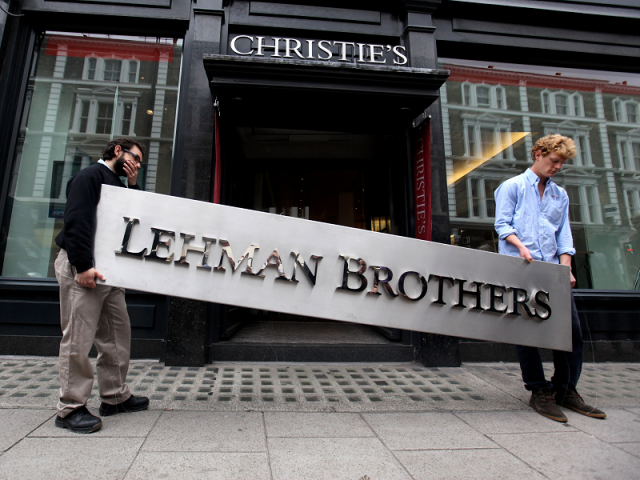 I wonder if any of my listeners, especially those active in the stock market, remembered the historical significance of last Thursday, March 9th, 2017??

Well, believe it or not, that day marked the eight year anniversary of when stocks bottomed out on March 9, 2009, the worst of the blood bath of the 2008 financial crisis, aka the 2009 bear market low.

But first, let’s first recap what happened. The 2007-2009 financial crisis spawned a 17-month bear market that lasted from October 9, 2007 to March 9, 2009. In that period, the S&P 500 lost approximately 50% of its value. While the decline was incredibly nasty, the duration of this bear market was relatively short due to the extraordinary interventions by the government and the central bank to prop up at-risk companies.

The bear market was confirmed in June 2008 when the Dow Jones Industrial Average (DJIA) had fallen 20% from its October 2007 high, which it reached after the heady bull market of 2002–07 when property prices and stock values were on a tear.

Interestingly, when stocks bottomed out that day eight years ago—amidst fear, doom and gloom—The Wall Street Journal’s Money and Investing section ran a story with the title, “How low can stocks go?”

And, back then, it wasn’t an idle question. The Dow was on its fourth straight week of losses, while the broader S&P 500 was below 700 for the first time in 13 years. Goldman Sachs put out a research report that warned that the S&P could fall as low as 400. Imagine that! Goldman Sachs, the ultimate insider on Wall Street, was so gloomy on stocks and completely misread the tea leaves and predicted a further 40% drop in the S&P from its 700 level. Stunning!

Now, eight years later, we know without a doubt that March 9, 2009 was the bottom of a months-long financial panic that wiped away trillions of dollars in assets. But on what now appears to have been the best buying opportunity of a generation, many only wondered how much lower the markets would tumble. And this underscores a recurring theme I point to: That emotion, fear, and uncertainty get the better of even the most experienced and qualified investors in the market. That it’s futile to try and call the bottom in real-time, and that investors should always look for dips as long-term buying opportunities on good quality stocks.

I was an investment advisor, of course, during that period of time, and on March 9, 2009—I remember like it was yesterday—I would not buy on that day. As a fiduciary, legally in charge of other people’s money, I thought that the economy was too worrisome to commit clients’ funds. But by May and June or so, I started to feel more confident and waited for the confidence to come back into the market and then I started to come back in.

Looking back, everywhere you turned on that March 9 day in 2009, it looked like the economy was ripping apart at the seams. Billionaire T. Boone Pickens had just announced that he was pulling back his plans to build a massive wind farm in Texas because of the lack of investor interest. A managing partner at a hedge fund interviewed by The New York Times was advising well-off clients to buy shotguns to protect themselves against social unrest if the market fell any lower. I guess the next time we hear about shotguns, we should maybe think that it’s another market low.

“The only bracing symbol of American strength right now is the image of Michelle Obama’s sculpted biceps.”

Maureen Dowd, the fiery columnist for The New York Times, lamented that General Motors was near bankruptcy and that the President had to deny he was a Socialist. She also wrote,“The only bracing symbol of American strength right now is the image of Michelle Obama’s sculpted biceps.”

And over on Comedy Central, Jon Stewart was savaging CNBC for its role on downplaying the severity of the financial crisis with a withering takedown. Talking to Jim Cramer at the time, he said “If I had only followed CNBC’s advice, I’d have a million dollars today … provided, of course, that I’d started with $100 million.”

And remember the much-criticized TARP (Troubled Asset Relief Program) bailout where, under this program, the government gave hundreds of billions to prop up iconic American corporations that were on the brink of collapse? The government received large chunks of shares in return, effectively giving U.S. taxpayers large equity ownership in firms such as GM and almost 80% of AIG or American International Group. The fact that the American public was paying AIG, who was then paying its counterparties like Goldman Sachs full price on the $70 billion worth of derivatives, spawning persistent conspiracy theories. But guess what? That bet paid off very nicely for the government, with huge equity gains on those positions. And I guess you could say, unwittingly, the government bought low and sold high.

The financial sector saw one of its few positive signs when billionaire Warren Buffett argued that his holdings in Wells Fargo and US Bancorp should appear “better than ever” in 2012. With blood on the streets, legendary Mr. Buffett stood strong in his support and belief in the American economy. (He also made some well-timed investments as well.)

So, while Buffett stood strong, several so-called financial pundits were telling investors that buy-and-hold investing was dead and that the only real way to make money in the market in the future would be to strategically time your trades and take your gains whenever you could get them. Advice that could not be more untrue. And that reminds me of when I bought Amazon back then at $10 a share and sold it for $30 a share. And I thought, “Gee, you never go broke taking a gain, and, sure enough, the stock is selling at over $800 a share today. Silly me.

There also were a few optimistic signals. As the federal government began to send its stimulus dollars into the economy, some on Wall Street were comforted and predicted that things would only get better from there on… which they did, beyond the wildest dreams of even those optimists.

The lesson here is: